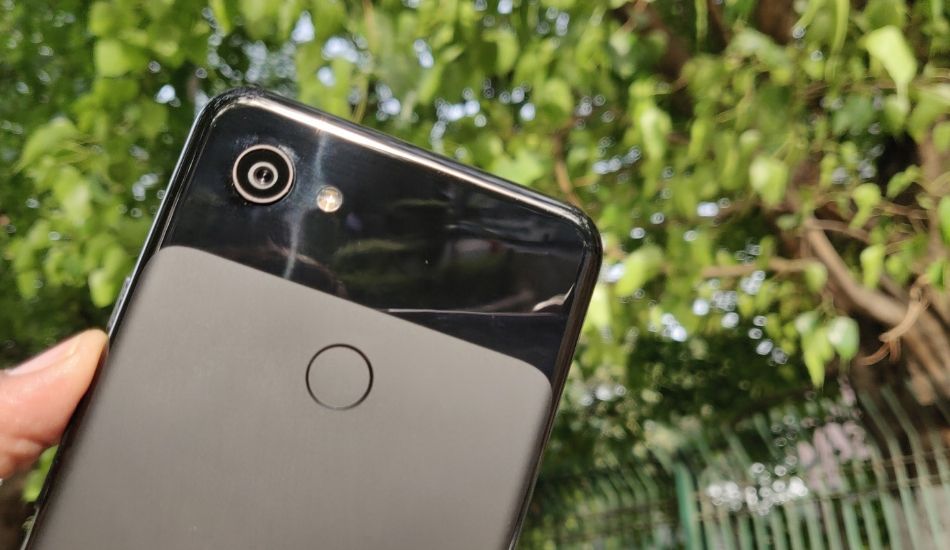 Does it make any sense to buy the not-so-affordable smartphone from Google? Let’s take a closer look.

The mid-premium segment is now becoming one of the key markets to smartphone manufacturers. We have seen a slew of launches in this segment, with several products like the OnePlus 7 Pro reshaping the definition of flagship devices. While others are more interested in providing top-notch hardware, we recently saw Google trying its luck in this segment by marketing it its latest products for better experience and quality cameras.

Yes, we are talking about Google Pixel 3a XL. The smartphone comes with a price tag of Rs 44,999 and it is available for purchase from Flipkart. Google has played quite safe with the new ‘affordable’ smartphone. The company is giving you the same camera experience, which is present in its Pixel 3 series, while modestly tweaking rest of the specifications. So, does it make any sense to buy the not-so-affordable smartphone from Google? Let’s take a closer look. 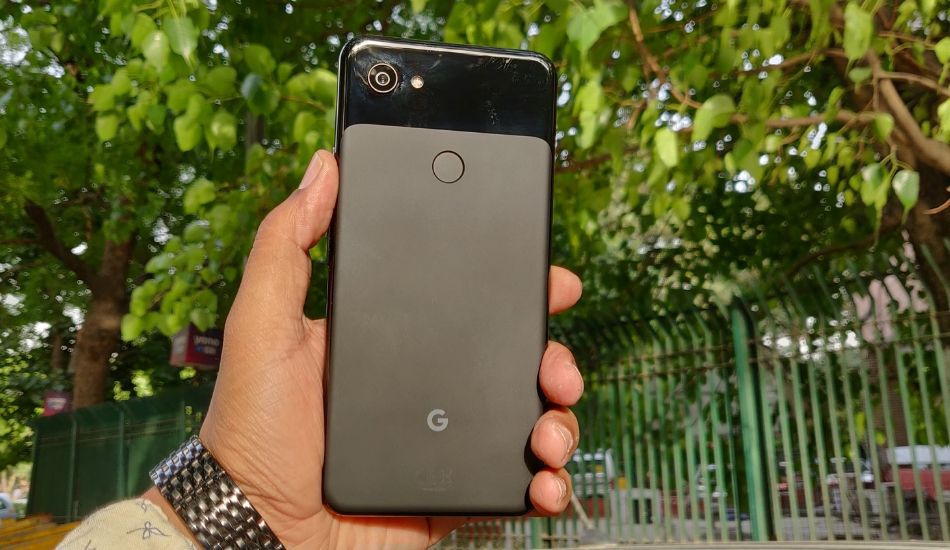 Google has tried to make the Pixel 3a XL as identical as the Pixel 3 XL. You get the same dual-tone colour, which is present in the flagship Pixel series. However, the company has added a polycarbonate body as opposed to the glass and metal combination present in the Pixel 3 lineup. Furthermore, there is no notched display at the front, you get just a normal 18:9 aspect ratio display. Although some might feel that the design of the Pixel 3a XL is quite basic in nature, once you will hold in your hand, you will notice that the device is lightweight in nature and quite comfortable to hold in your hand.

Sadly, the design looks a bit dated on the Pixel 3a XL, while the competition like the OnePlus 7 Pro, Oppo Reno 10x Zoom and even the Galaxy S10e is offering much premium and modern design language. The side bezels are thick, while the bezels present at the top and bezels are even thicker, which spoils the whole mood. The good thing here is the inclusion of 3.5mm audio jack, which sits at the top of the device coupled with stereo speakers. To make it a sweet deal, the company has also added a pair of headphones with the smartphone. 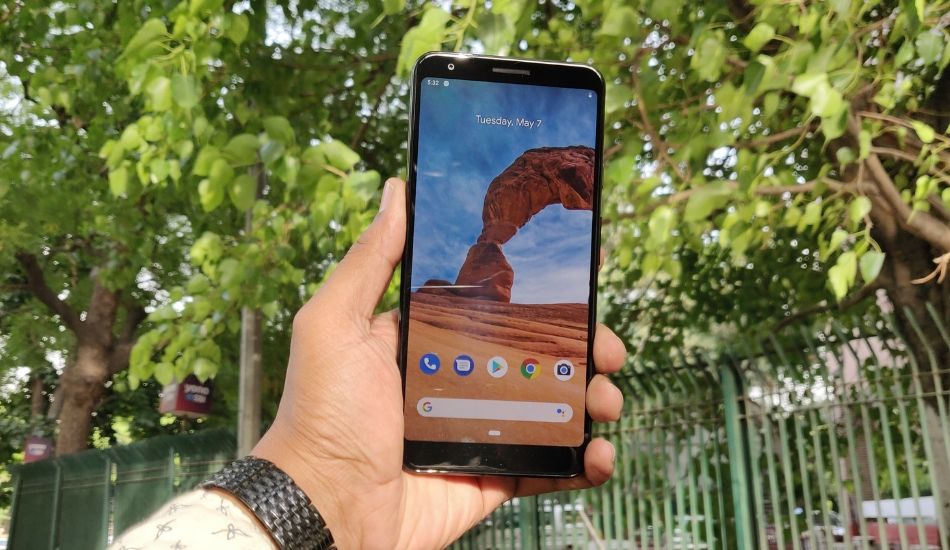 The Pixel 3a XL is backed by a 6.1-inch gOLED Full HD+ display with a screen resolution of 2280 x 1080 pixels along with Dragontrail glass protection and 100,000:1 contrast ratio. Thankfully, the company has provided an OLED screen with its mid-range offering. The display looks vivid and deep blacks are good as well. Being an OLED display means that the phone also supports Always-On Display where you get notification of messages and more. The company has also added the support for Now playing feature, which is also present in the Pixel 3 lineup. The feature shows the current track playing in the background.

We watched a couple of movies on this smartphone and was satisfied with the performance of the display. Google has also given three different modes including Adaptive, Boosted and Natural. We used Adaptive colours as default as it delivered balanced colours. However, if you prefer muted colours then you go for Natural, while those who want high contrast can opt for Boosted colour option.

Not-so-powerful hardware, but performance is smooth! 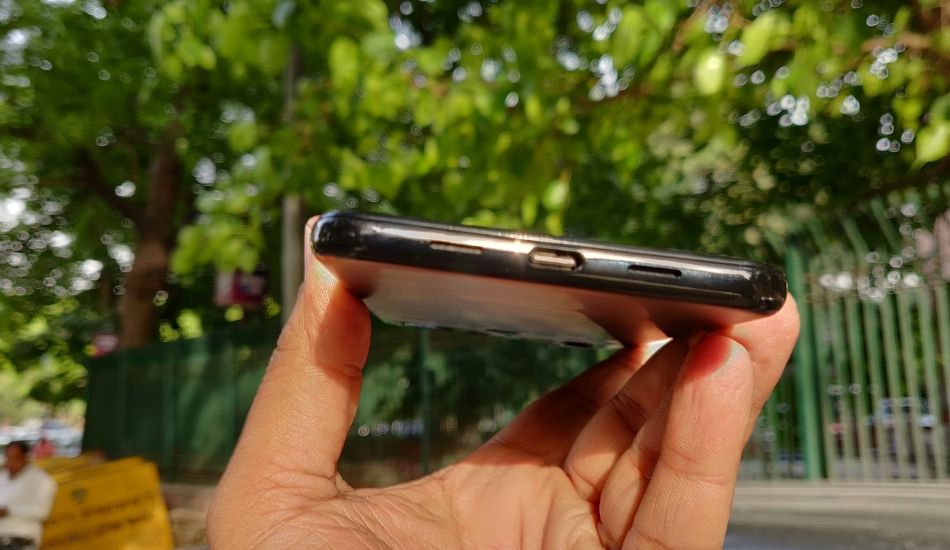 We opened several apps in the background and switched between random apps just to see whether the phone shutter. But, thankfully, you will not face any such issue. That said, the gaming experience is not that smooth as we have seen in the OnePlus 7 Pro or the Samsung Galaxy S10e. We played PUBG Mobile on it and it took high settings with High frame rates by default. The game didn’t lag but it was not as smooth as we have seen in the other two smartphones. 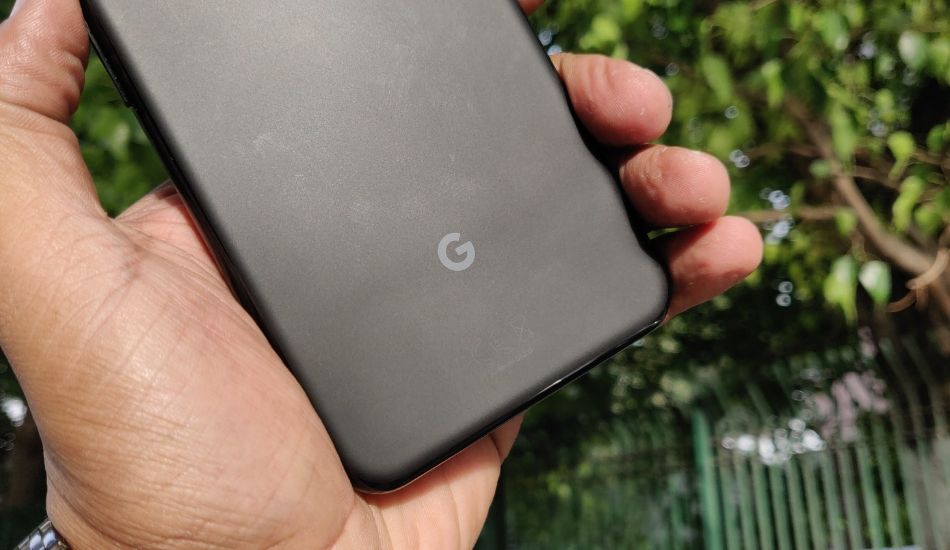 Coming to the battery performance, the Pixel 3a XL is equipped with a 3,700mAh battery along with 18W fast charging solution. The battery backup is quite impressive on the Pixel 3a XL. Under normal usage, the phone lasted one full day with some battery juice still left on it. In order to stretch the performance, we WhatsApp actively streamed a couple of series on Netflix, used Google Maps for navigation for almost 2.5 hours and the event still there was 10 per cent battery left in the Pixel 3a XL. Coming to the charging speed, with the help of 18W fast charger, you get close to 50 per cent charge in 40 minutes, while it takes around 1 hour and 30 minutes to get fully charged up.

Pure Android Experience is a blessing! 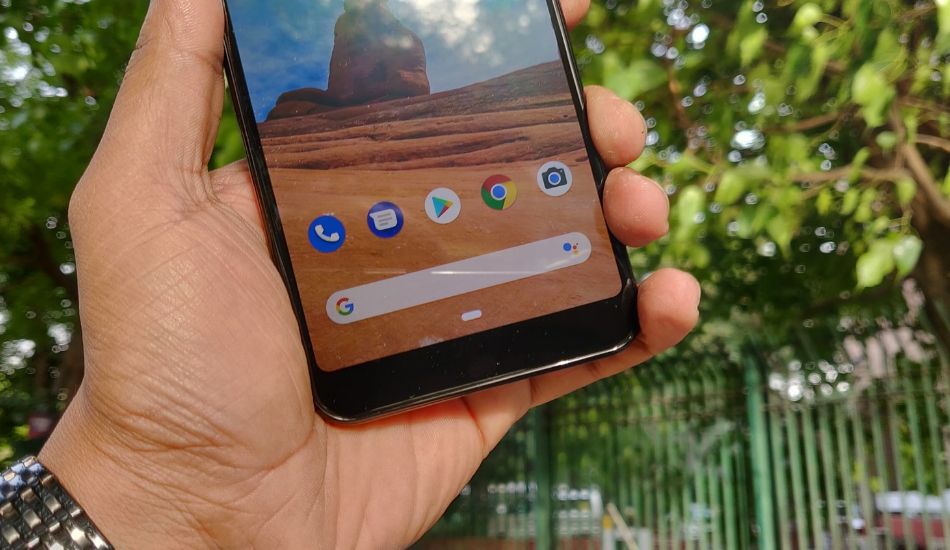 The Google Pixel 3a XL has an advantage over all the other smartphones in this price range with the pure Android experience. The company has given all the features, which are present in the Pixel 3 lineup to this device. You get a stock Android experience, which is fast and smooth in operation, comes with no bloatware and will be updated to the latest Android Q. The company has added Active Edge, which basically allows users to squeeze the edges to trigger Google Assistant. You can also silence alarms, incoming calls with this feature and one can also select the sensitivity of the Active Edge.

The UI comes loaded with a Pie navigation controls and there are no alternatives, so you have to get used to it. The only thing we didn’t like about this navigation is the fact that you need to swipe two times to open the app drawer, which is kind of frustrating sometimes. The UI also shows the most used apps at the bottom when you swipe up, which is a handy feature. Then you get Digital Wellbeing that keeps a track on the app usage and helps you limit time for each app. The Wind Down feature automatically starts Do-not-Disturb mode and turns the display to grayscale. 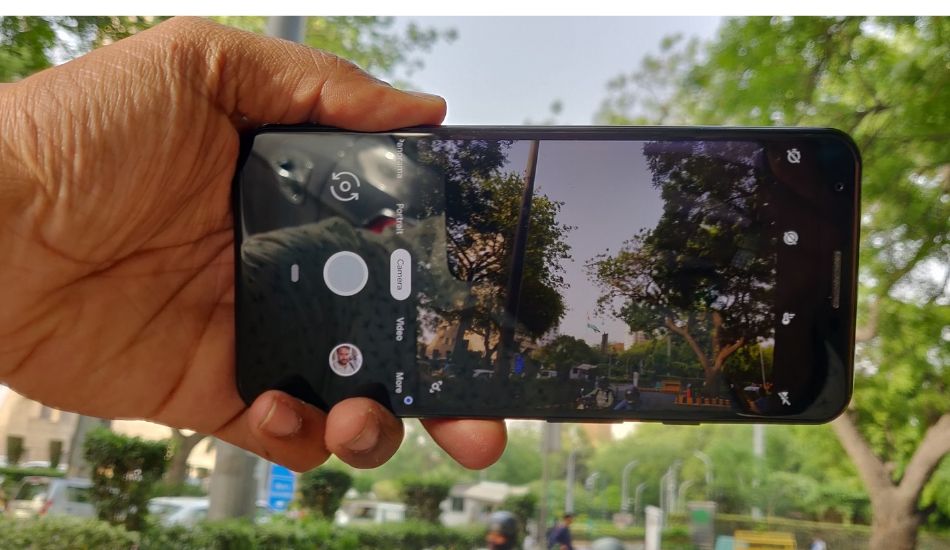 Coming to the camera performance, the Pixel 3a XL shines in this department. The smartphone clicks some crisp shots with colours being close to the source and the detailing is one of the best we have seen in a smartphone. On the downside, the phone does take some time to process the image. This is primarily because it lacks the dedicated chip known as Pixel Visual Core that is present in the Pixel 3 lineup.

We quite liked the Portrait and Night Sight mode. The Portrait mode highlights that subject effectively and you will not see blur overlapping on the subject. The blur looks natural and it is quite fun to play.

The Night Sight is another mode that comes handy in the ultra low light condition. The camera basically takes a long shot and compiles the data using an AI algorithm that provides one of the best results we have seen in this price range. If you want to check the detailed review of the Google Pixel 3a XL in daylight, you can click here. We have also tested the camera of the Google Pixel 3a XL in the low light scenario, which you can read here.

Google has for sure cut some corners with the Pixel 3a XL. The polycarbonate body looks quite dated and there is no waterproofing or wireless charging support like the Pixel 3 lineup. However, the software does the real magic here. The smartphone, despite sporting a less powerful chipset, delivers almost Pixel-like experience. The cameras are the strong points of this device and it is certainly best-in-class. Battery life is decent as well and the display looks good, though it lacks HDR support. If you are one of those who want a pure Android experience along with some good camera performance, then Pixel 3a XL is best suited for you.