Gionee A1 Lite First Impressions: It’s all about Selfie camera!

Will it be able to compete with other players in this price bracket?

Gionee has added a new member to its A1 series with the launch of Gionee A1 Lite smartphone in India. Priced at Rs 14,999, the smartphone carries the legacy of the selfie game, which the company has started with the Gionee A1.

The smartphone comes with some interesting specs sheet and the 20-megapixel front camera surely is a nifty addition. But will it be enough to compete with other players in this price bracket? We spend some time with the device and here are our first impressions.

It is a well-known fact that smartphones’ design is becoming identical with each launch and we already have seen many products that are doppelganger to some or other devices. And Gionee A1 Lite is no different. The smartphone has a fair share of resemblance to other smartphones present in the market, though still, it manages to give a premium look. The phone is 8mm thick and is quite lightweight, despite sporting a 4000mAh battery. 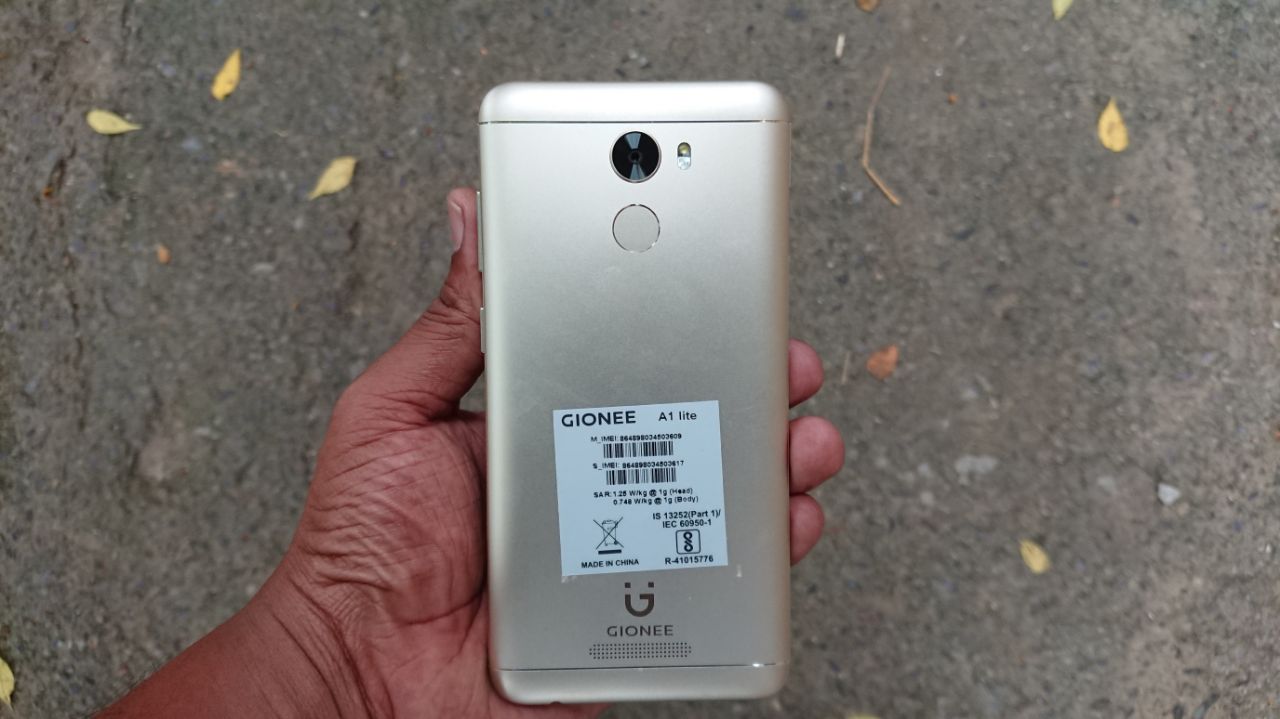 The 5.3-inch screen makes it quite compact and easy to hold. Giving a brief about some key design aesthetics, the screen on the front comes with some minimum side bezels and just below you will find physical navigation buttons, while at the top, there is a front-facing camera along with earpiece and some other sensors. The right houses volume controls and power on/off button, while the left sports a dual-SIM tray. The bottom comes with a micro USB port and 3.5mm audio jack, while the top is bare.

The back houses a primary camera along with LED flash and just beneath it, you will find a fingerprint sensor. The bottom of the back panel comes loaded with a speaker grille. Overall, the smartphone does gives a premium look and is quite compact to fit in your palm.

Coming to the display department, the smartphone sports a 5.3 inch HD (1280 X 720 pixels) 2.5D curved glass display with Corning Gorilla Glass 3 protection. At a time when every other manufacturer is giving a full HD display, Gionee is still stuck with an HD screen. However, during our initial testing, we found out that the display is quite crisp and gives some punchy colours output. We will talk more about it during our review.

On the hardware front, it is powered by a 1.3 GHz octa-core MediaTek MT6753 processor with Mali T-720 GPU. It has 3GB RAM and 32GB of internal storage, which can be further expanded up to 256GB via micro SD card. Looking at its sheer specs sheet, the smartphone might look like an underdog, when compared to the likes of Xiaomi Redmi Note 5, Motorola Moto G5 Plus and more. Though it is available in the offline market, with the advent of Xiaomi and Motorola in the offline market, Gionee will surely have a tough competition to beat. 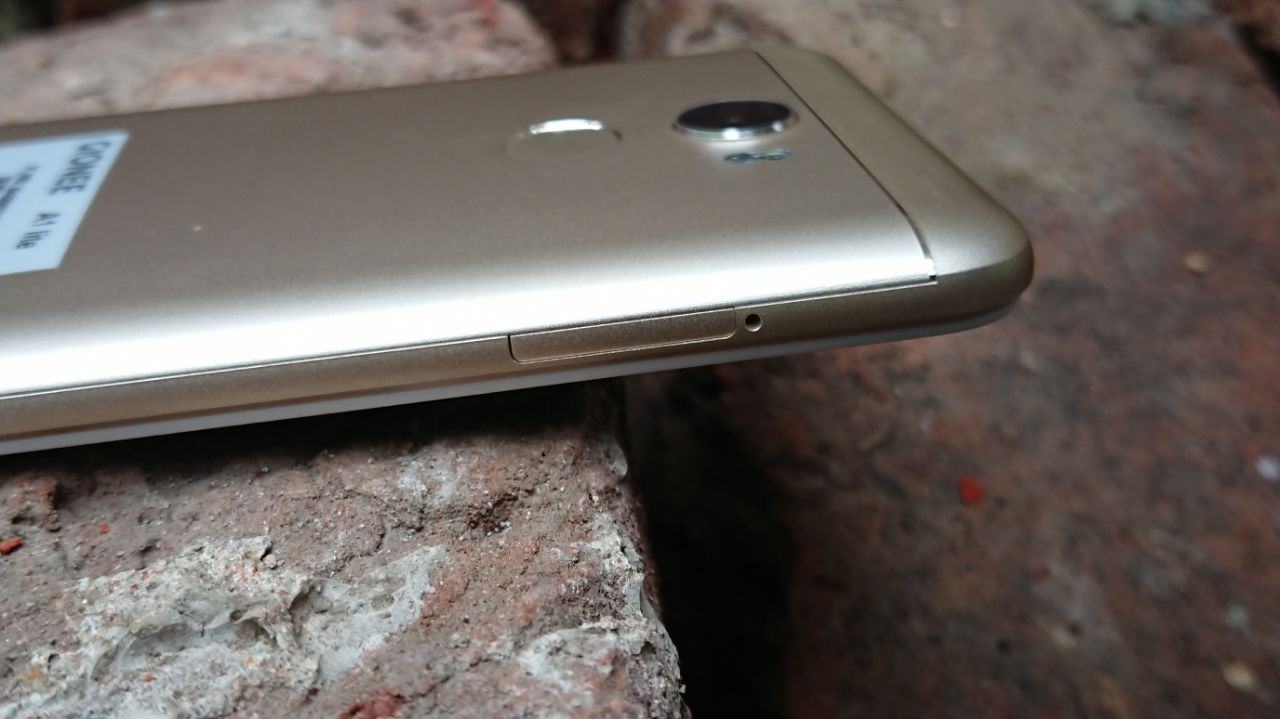 On the software side, the phone runs on Android 7.0 Nougat with company’s Amigo 4.0 UI running on top of it. GIonee user interface is not one of our favourites. The main problem with the UI is the n number of bloatware you get, which kind of spoils the mood. However, it would be interesting whether the company has worked on their user interface or not.

This is where the phone is trying to take the lead from its competition. The A1 Lite comes loaded with a 20-megapixel front camera, which is a rare thing at this price point along with a 13-megapixel rear camera with LED flash. That said, our initial impression about the camera is a mixed bag one. Though the rear camera does take some good photos, however, the detailing is somewhat missing. The selfie does a decent job in our initial testing. 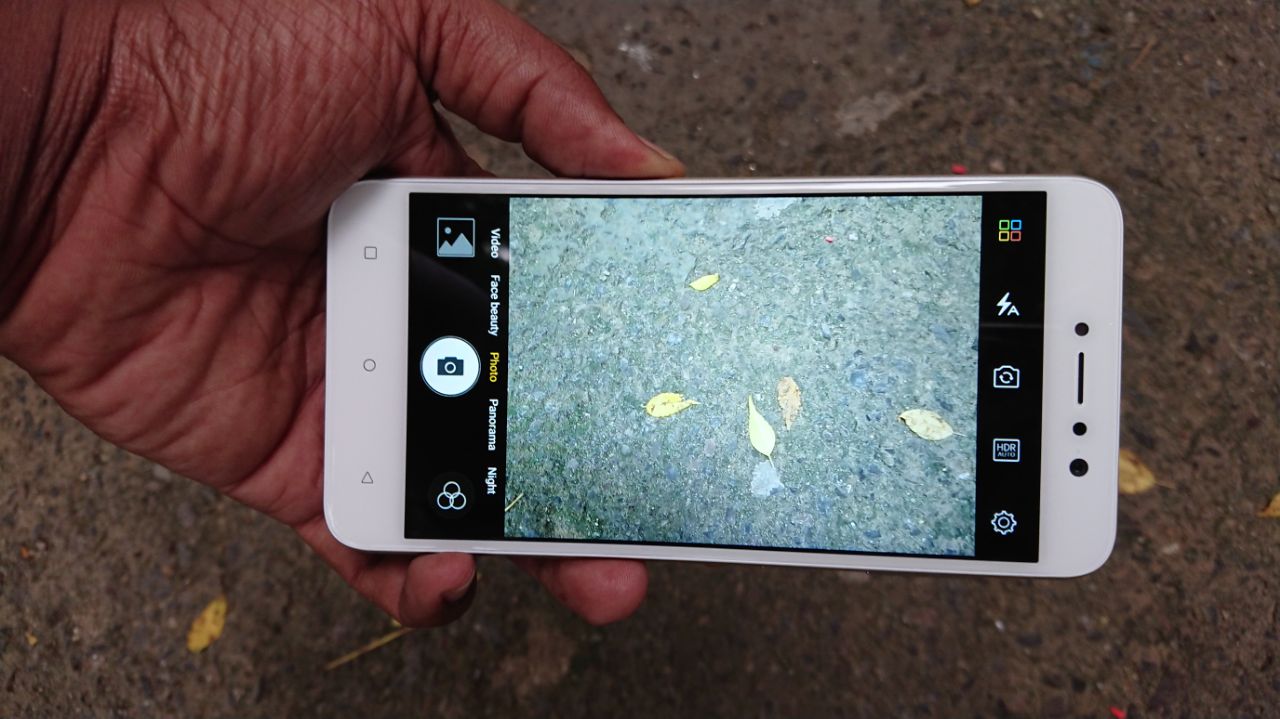 The Gionee A1 Lite packs a 4,000 mAh battery which is said to offer 295 hours of standby time. On the connectivity front, the Gionee A1 Lite supports 4G, WiFi, GPS/AGPS, micro USB, 3.5 mm audio jack and Bluetooth 4.1. It measures 150.5 × 74.4 x 8 mm. The battery backup surely looks promising and it would be interesting to see who long it will last.

To sum up, the Gionee A1 Lite comes loaded with some interesting features. The selfie camera is surely the highlight, however, looking at the rest of the specifications, it may be seen as an underdog. As per the competition is concerned, the device will face a tough competition with the likes of Xiaomi Redmi Note 4, which comes loaded with pretty solid specs sheet and other smartphones like Moto G5 Plus. Lenovo Z2 Plus, which is priced on the higher side, but still are better options, at least on paper.