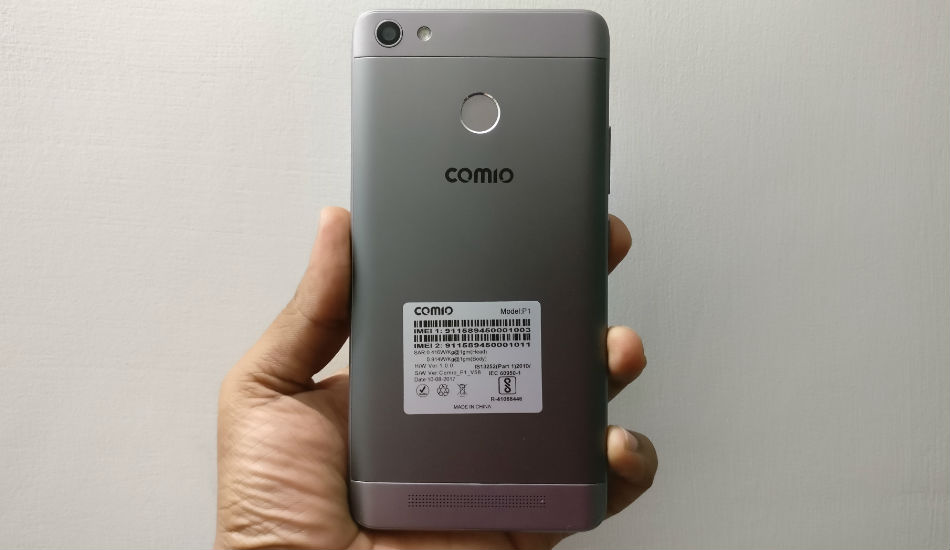 The Comio P1 comes loaded with an impressive battery backup along with some interesting specs, but is it enough to make a long-lasting impression? Let's find out.

Comio, a new entrant in the smartphone market, has recently launched the three smartphones namely P1, S1 and C1 in India. All the three smartphones are designed for different types of users, though in terms of specs and performance P1 can be considered as the top model. Priced at Rs 9,999, the Comio P1 comes loaded with an impressive battery backup along with some interesting specs. But will it be enough to capture a sizable chunk of market share, especially, when the competition is quite intense at this price point? Let’s take a closer look.

Talking about the design first, the smartphone sports a unibody design, which is pretty much standard across the price range. However, the edges come with a textured finish, which provides the much-needed grip. At the back, you get a dual-tone finish, though the panel is not metallic. The volume controls and power on/off button are on the left. Frankly speaking, the device looks a bit wide and has some noticeable bezels, which plays a bit of spoiler. It does follow the similar design language, which we have seen in other smartphones at this price range. 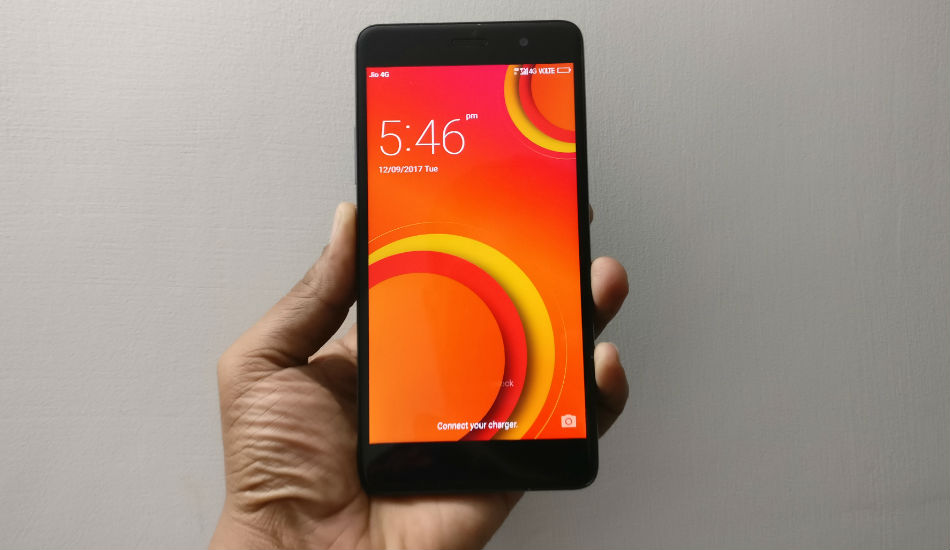 Coming to the display, it features a 5.5-inch HD display with a screen resolution of 1280 x 720 pixels. This is a bit let down as most of its competitors like the Redmi Note 4, Lenovo K8 Plus and more gives you full HD display. The low-resolution screen is particularly noticeable when you want to stream some high-quality videos on your phone. The display offers good colour output and viewing angles are decent as well. Though the screen is reflective in nature, which sometimes makes it difficult to read some messages under direct sunlight.

Specs are pretty much average…

On the hardware front, the Comio P1 features a quad-core MediaTek MT6735 processor clocked at 1.25GHz. the phone is backed by a 3GB of RAM and 32GB of internal storage, which can be further expanded up to 128GB via microSD card slot. On the battery front, it sports an impressive 5000mAh battery and it supports connectivity options including 4G VoLTE, Bluetooth, WiFi, dual-SIM and micro USB port.

…And so is the performance

The performance of the device is quite average if you ask us. Though we didn’t face not many problems under normal usage, the phone started to lag when we started multitasking. The processor is to be blamed here as it is now an age-old one. the chipset started to show its signs of ageing when you open different apps in the background and start using them. 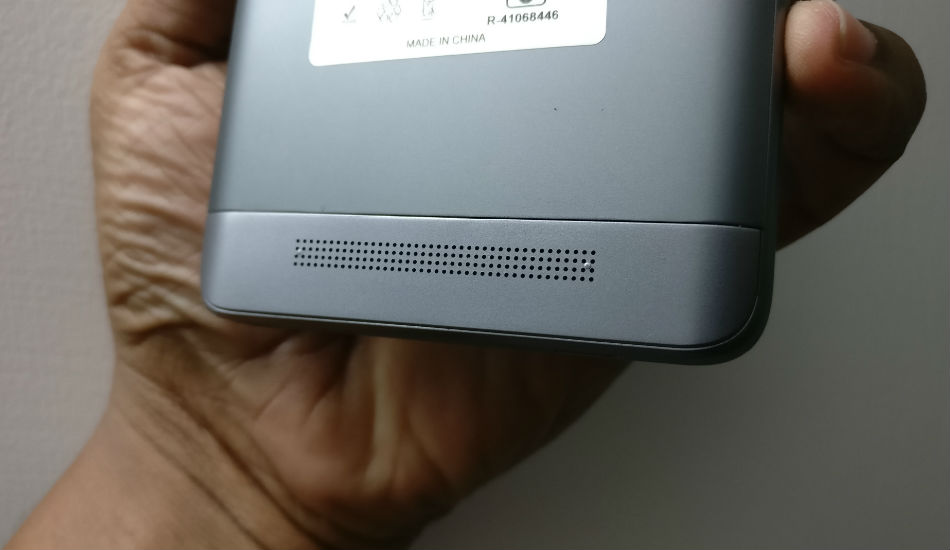 On the gaming front, the phone handles most of the casual gaming like Angry Birds, Temple Run 2, Flip Knife etc. quite smoothly. But when it comes to high graphics games like Asphalt 8: Airborne, it shimmers and we can multiple frame drops and lags during the gameplay. On the plus, there is no noticeable instance of overheating during our gaming experience.

The major highlight of the device is the 5000mAh battery. During our testing, we found out that under normal usage, it gave close to 2 days of battery backup and under power usage, we found around 1.5 days of backup, which is pretty neat. However, the device takes a lot of time to be fully charged. We plugged the charger at 4 percent and it took approximately 3 hours to get fully charged up.

Other than this, call connectivity is good and we faced no problem with the earpiece. However, the speaker output is not up to mark and the sound starts to distort when you increase the volume.

On the camera front, the Comio P1 features a13-megapixel rear camera with autofocus and flash, while for the front, there is an 8-megapixel shooter for selfie and video calling. The camera performance of the device is quite satisfactory. Under broad daylight conditions, it manages to capture some decent pictures with colours being closer to the source, though the photos lacked detailing. The phone was quick to lock focus and macro shots came out to be good in nature. 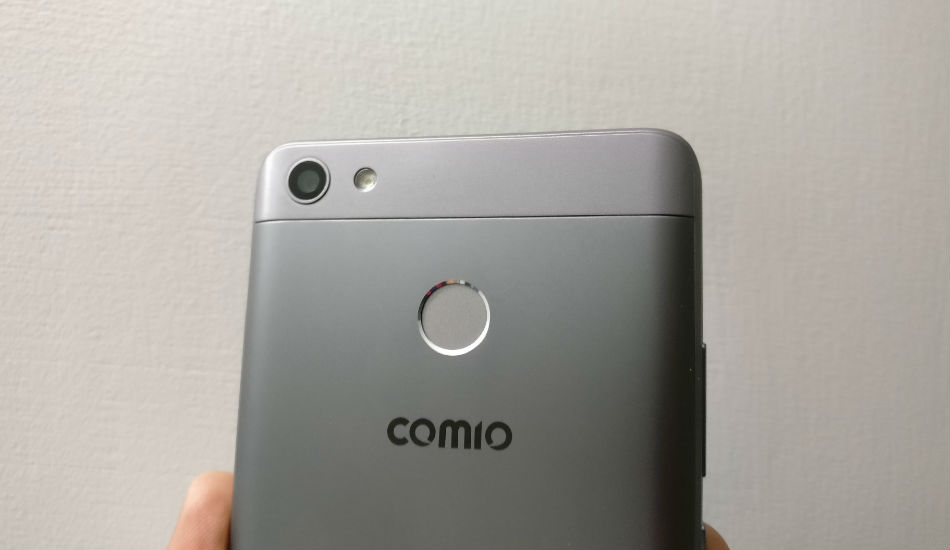 However, when we tried clicking photos under indoor lights, we found out that the photos were prone to grains and the detailing goes for a toss. Same was replicated during low-light conditions.The photos came out to be grainy and full of noises. The phone was not able to handle glare effectively and the colour temperature was on the warmer side. The selfie camera does an average job. Even under broad day light conditions, the selfie shots lacked detailing and was prone to soft focus.

User Interface needs to be improved

The Comio P1 runs on Android 7.0 Nougat with company’s custom UI running on top of it. Comio has added a host of interesting security features like Freezer and Clone applications. The devices also feature anti-theft feature. In a case of any suspicious activity, SIM based alerts are shared with a registered mobile number. The anti-theft feature also has an image click seek option, wherein the smartphone clicks the photo of the unauthorized person who tries to unlock the devices. Other than this, there lock and unlock feature, shutdown blocker, data backup and SIM related functions. 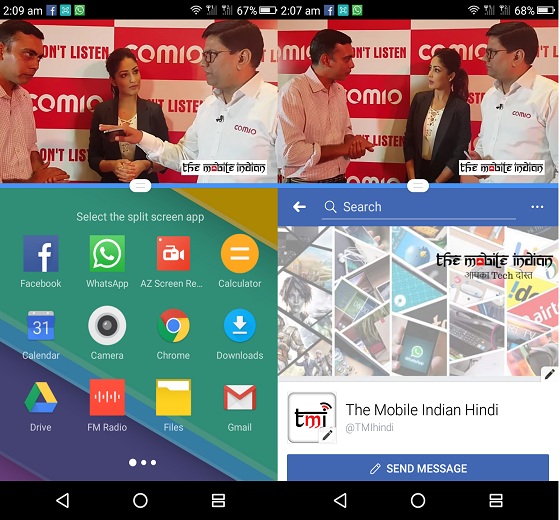 The user interface is pretty laggy in nature and needs optimisation. There is no app drawer, meaning that you need to scroll endlessly to find the application, which can be frustrating at times. Moving on, one can witness some amount of lags when you are switching between apps or even swiping down to access notification panel. On the plus side, the Freezer options help to restrict background apps, which only saves battery, but also free up some space as well. Overall, the user interface has its fair share of hits and misses.

To sum up, the Comio P1 scores high marks in the battery department and the camera performance is pretty decent in good lighting conditions. However, the display and overall performance of the device is not up to the mark and it seems like an underdog when compared to the likes of Xiaomi Redmi Note 4, Motorola Moto E4 Plus and Lenovo K8 Plus, which offers better performance at this price point.