Probably one of the few phones in this category running on the latest Android Nougat, Asus Zenfone 3s Max does look promising on paper, however, we will only get the real story once we are done testing the device thoroughly.

2017 has already witnessed a couple of promising budget entries in Indian smartphone industry under Rs 15K. After Xiaomi launched the Redmi Note 4 and Huawei brought in its Honor 6X, we have another addition to this price range. Asus today unveiled its new ‘Zenfone 3s Max’ smartphone with a massive 5000 mAh battery and Android 7.0 on board. Probably one of the few phones in this category running on the latest Android Nougat, Asus Zenfone 3s Max does look promising on paper, however, we will only get the real story once we are done testing the device thoroughly. Till then, here are our quick first impressions for the new Zenfone 3s Max.

Box Contents
The device comes in a standard smartphone package and we didn’t really expect it to be any different either. Opening up the box will fetch you the device itself underneath which we get some device literature including the manual. Apart from that, we get a pair of in-ear style earphones, a power brick with a detachable plug, a microUSB to USB cable and a SIM ejector tool.

Design and Display
Picking up the new Asus Zenfone 3s Max will not come as a surprise. The device follows a pretty standard design language boasting a dual-toned metallic shell curving around the edges which make it comfortable to hold and use with some degree of slipperiness. The device feels extremely premium and sturdy in hands which though is not something which will make this device stand out, but it is always good to have nevertheless. For a quick physical overview, we get the volume rockers and slightly textured power button on the right, a hybrid Dual SIM tray slot on the left, a 3.5 mm headphone jack up top and a speaker grill, the primary microphone and a microUSB port at the bottom. At the back, we get the primary camera, secondary noise cancellation microphone and two toned dual-LED flash along with some Asus branding at the bottom. Up front, we get a 5.2-inch HD (720 x 1080 pixel resolution) IPS LCD display which is 2.5D curved. The display looked decent in the first instance and I had no complaints during the time we had the device. Additionally, the 2.5D curve on the edges further adds up to the premium experience. 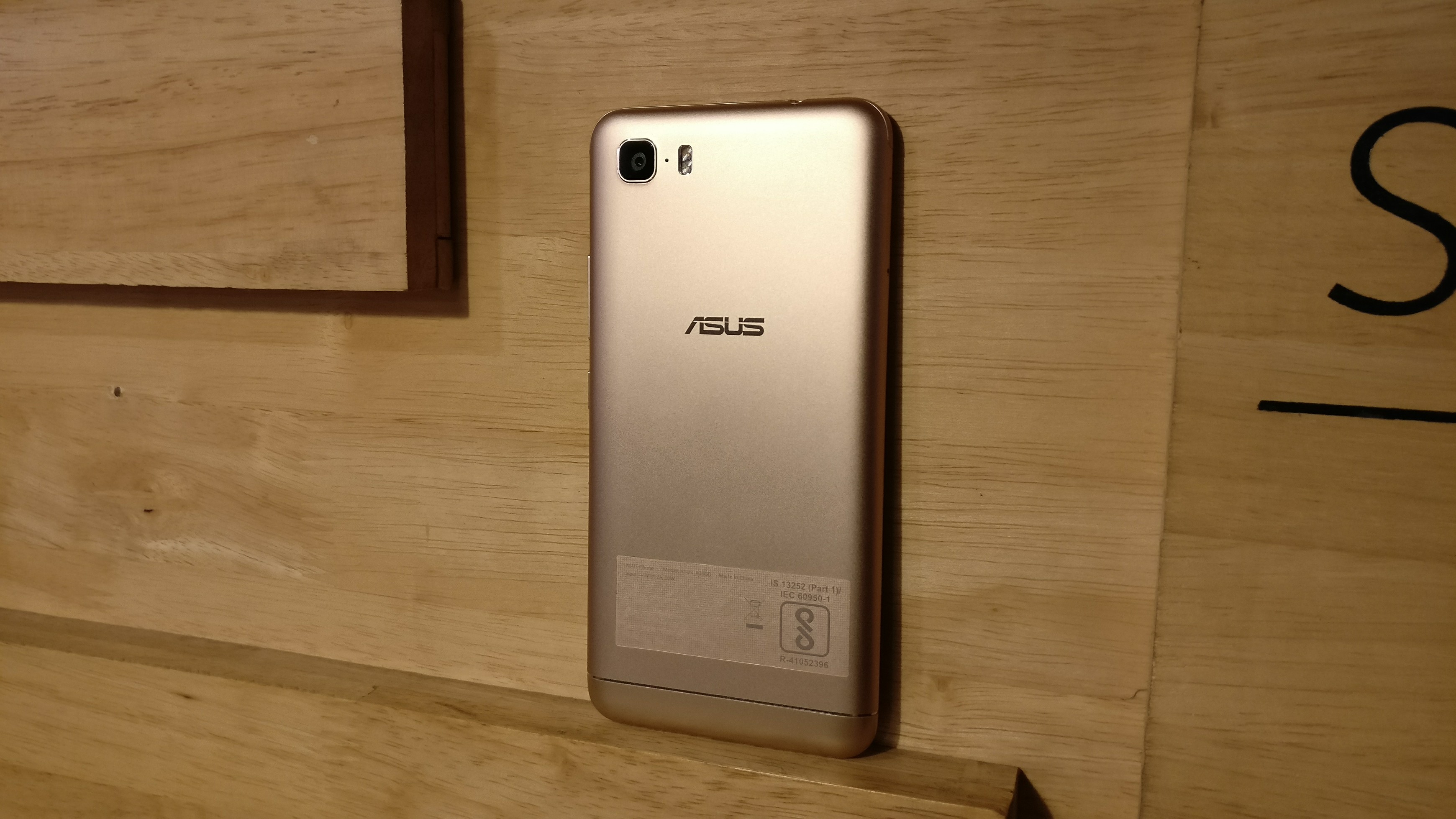 The device is not the thinnest in this price range and comes in at 8.85 mm of thickness. But, that’s impressive given it comes with a behemoth 5000 mAh battery inside which makes this device not as compact as you would have expected with a 5.2-inch screen. There is also a physical home button at the front which also acts like a fingerprint scanner. The fingerprint scanner works only from the lock screen and we find it to be pretty snappy in the brief time we tested the device. Apart from that, we get three on-screen buttons.

Specifications and User Interface
For the internals, the Asus Zenfone 3s Max is powered by a 1.5 GHz 64-bit Octa-Core MediaTek MT6750 processor coupled with Mali T860 GPU. There is 3GB of RAM inside with 32GB of internal storage which can be expanded up to 2TB via microSD card which fits in a hybrid Dual SIM tray. We can’t really comment on the performance just yet, however, the time we had the device with us, we didn’t face any issues. The device felt snappy throughout the user interface and also held up quite a few apps in memory. Nevertheless, we would still advise you to hold on for our detailed review to get a clearer picture of the performance of this new device. On the other hand, Asus Zenfone 3s Max runs on Android 7.0 Nougat with the latest ZenUI on top. It’s good to see companies finally launching their new devices with Android Nougat and this might be one of the deciding factors for this device. ZenUI though a bit heavy on the memory felt as snappy as ever, however, we hope we can say this in our detailed review as well. So stay tuned for that. 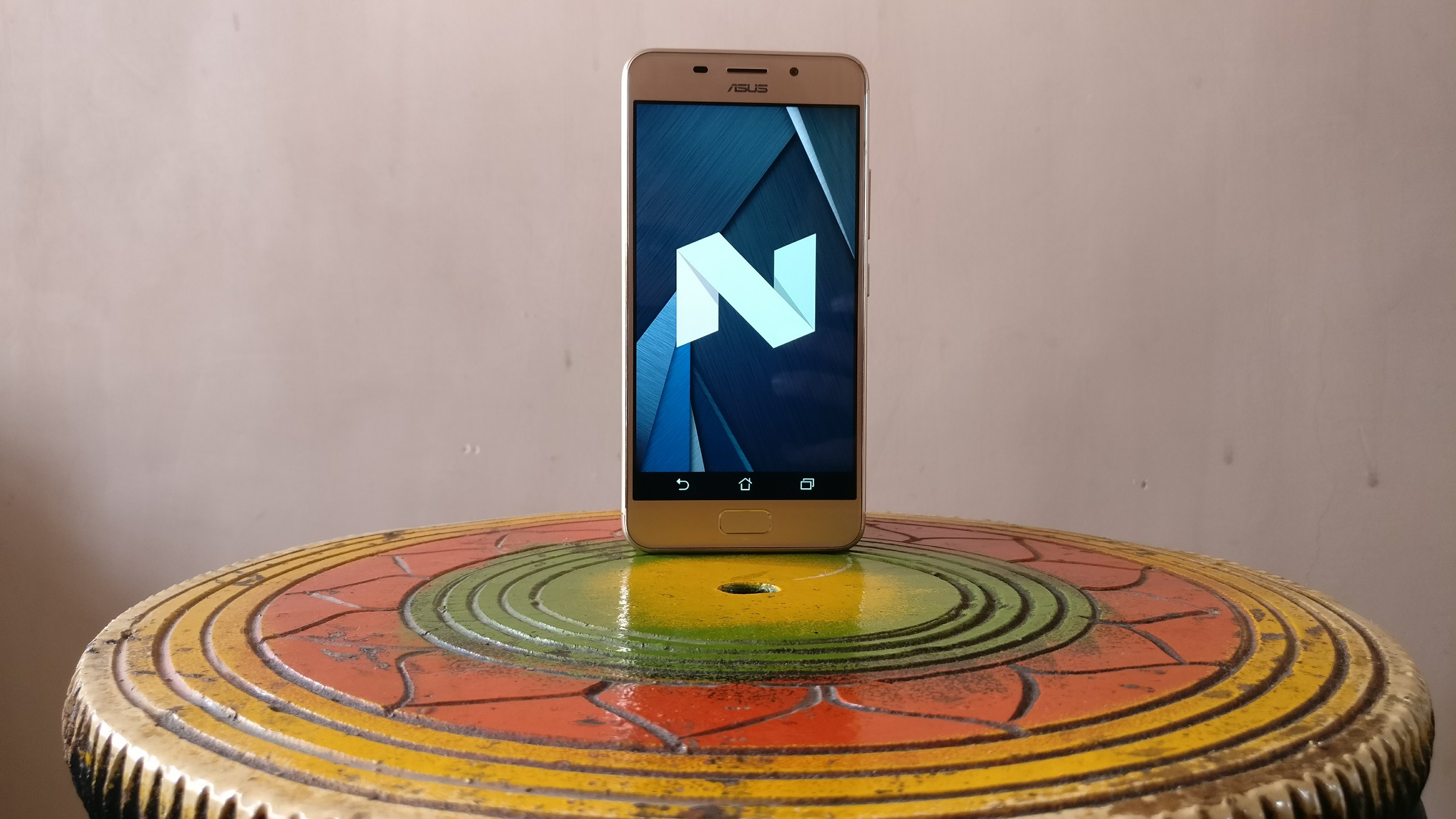 Camera
The Asus Zenfone 3s Max camera specifications look decent on paper. The device sports a 13-megapixel rear camera with f/2.0 aperture and Dual LED flash whereas we also get an 8-megapixel 85 degrees Field of View front camera. The rear camera also comes with the Asus’s trademark 52-megapixel super resolution feature, HDR, QR reader, Night Mode, Low-Light Mode, Time Lapse effect etc. The camera can record videos at 1080p at max. While it’s too early to comment on this aspect as well, the camera on the Asus Zenfone 3s Max looked decent at least in terms of colour reproduction. Meanwhile, for the sharpness, we will have to throw the camera samples on a bigger screen. 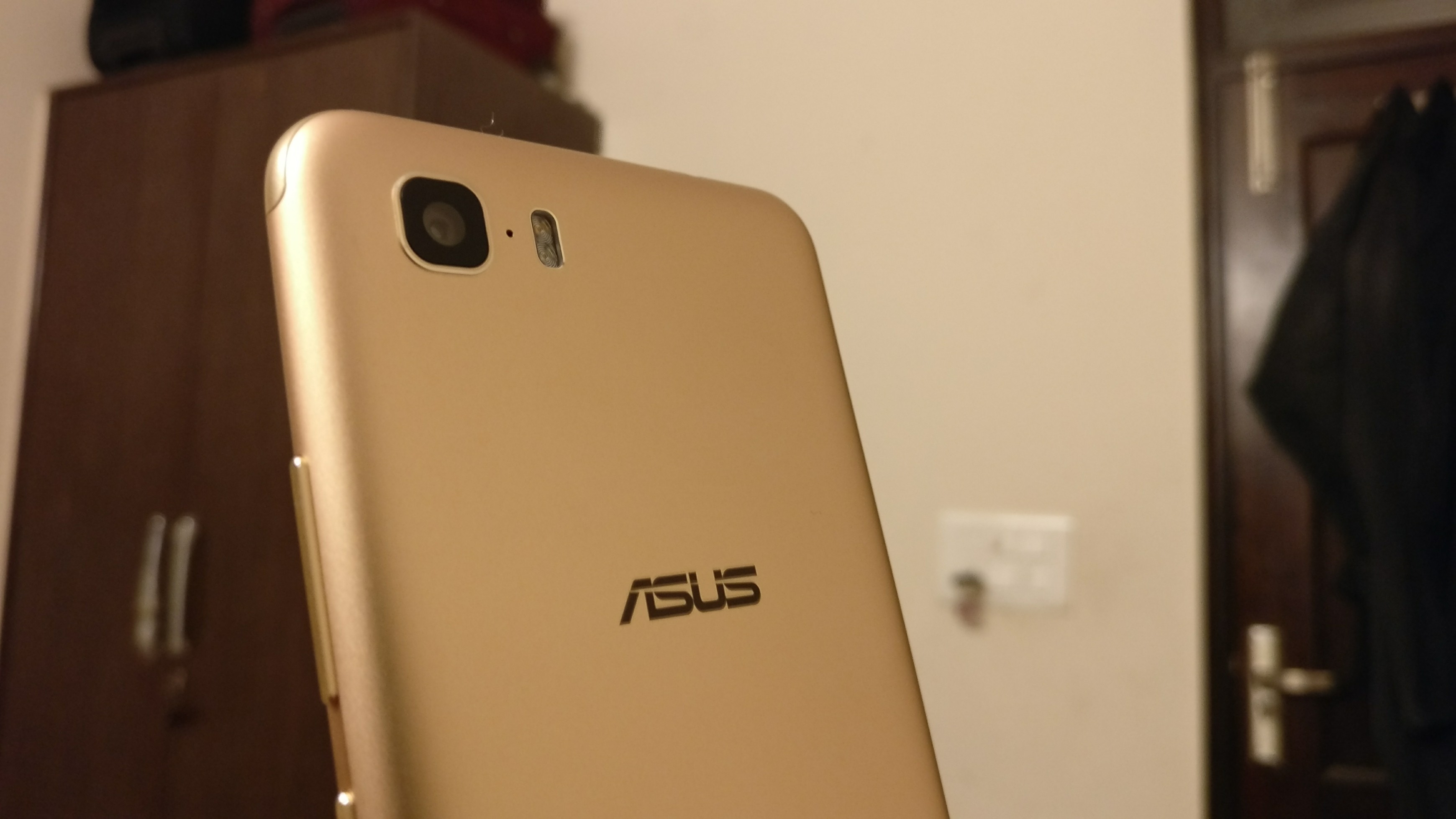 The camera interface was pretty simple with a tonne of options to choose from. You get your usual auto mode along with a Pro-mode which can be accessed with a quick toggle. Surprisingly, the manual or pro mode extends to video recording as well which is a nice little addition in my opinion. Apart from that, we get the usual Panorama Mode, Beautification Mode and a bunch of pre-applied filters option. The selfies I took from the front 8-megapixel camera appeared to be decent as well. Nevertheless, wait for our detailed camera test for the device to make the final call for the camera performance.

Battery and Connectivity
This is where the new Zenfone 3s Max has all the reasons to boast about. Being a pretty compact 5.2-inch device, Asus has packed in a 5000 mAh battery which, in my opinion, will last you two days pretty comfortably. Although the device does feel a little heavy at 175 g, but we will take that in this case.

Meanwhile, for connectivity, we get Wi-Fi 802.11ac, Bluetooth v4.0, GPS with A-GPS, 4G with VoLTE and microUSB which also supports reverse charging.

Well, the presence of the new Redmi Note 4 and the Honor 6X can already be a sign of pretty strong competition for the Zenfone 3s Max. However, the availability is an issue for both of them and which is where Asus can hit some good points if it makes the device available via open sale. Besides, the 5000 mAh battery and Android 7.0 Nougat can definitely help getting some crucial sales figure. As for the initial impressions, the Zenfone 3s Max can be a potential threat for other devices given it perform on par with the other devices in this price range.