It is much cheaper than other docks for Apple devices but it isn't for the iPad.

Apple device’s accessories have always been the most expensive than others. While most other smartphone docks range between Rs 5,000 to Rs 10,000, docks for Apple devices from brands such as JBL, Bose, iHome have always been way above Rs 10,000 to begin with. But the Dexim AV dock with remote for Apple iPod/iPhone comes for just Rs 3,899. Let’s find out how it performs.

To begin with, the Dexim AV dock is not a standalone audio video unit. It requires a television connection for video playback and a home theater or speaker connection for audio output. Not only the unit is small and very easy to use, it also offers the same functionality as the bigger AV docks minus the speakers. 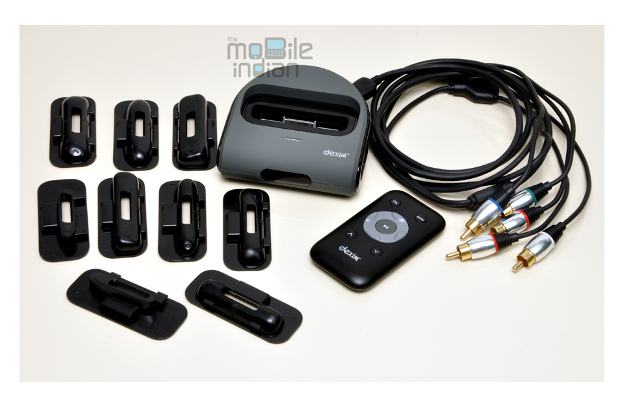 The design of the Dexim AV dock is commendable and it will certainly look good which so ever appliance it is sitting next to, be it a television or a home audio system. The device is dressed in a matter finish in grey colour; the combination is a great thing because the grey colour will not get dirty easily and the matte finish resists fingerprints and smudges, keeping the dock neat and clean longer. 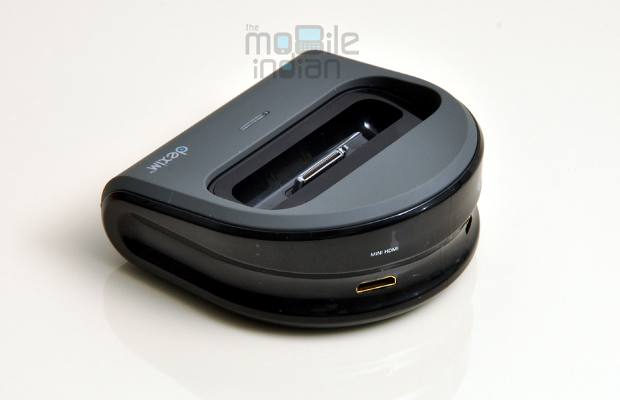 At the base there are set of four rubber-silicon feet that do a great job by keeping the Dexim AV dock glued to the surface. 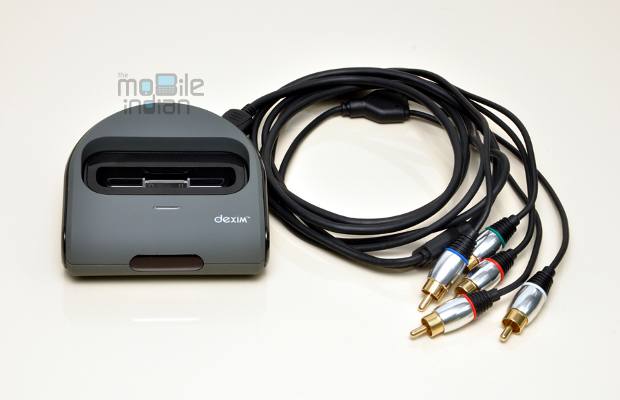 The AV Dock Station includes an iPod- and iPhone-compatible audio/video TV dock, composite AV cables, a wall power supply, an infrared remote control, and eight dock adapters for use with both iPhone models and recent iPod models supporting all devices present today except the iPhone 5. 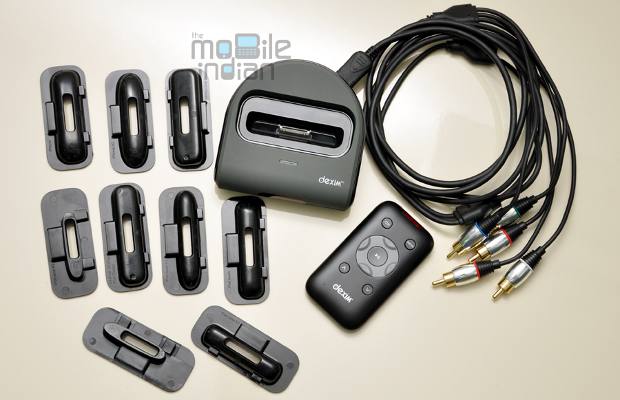 The dock connect to the television or video using component video output which explains the 720p video playback that is offered by the dock but it will surely depend on the source video for the final resolution that the dock play. The audio connection is a simple stereo one so no trouble attaching that to home theater or a set of portable speakers, provided the speaker set supports digital sound input as option. 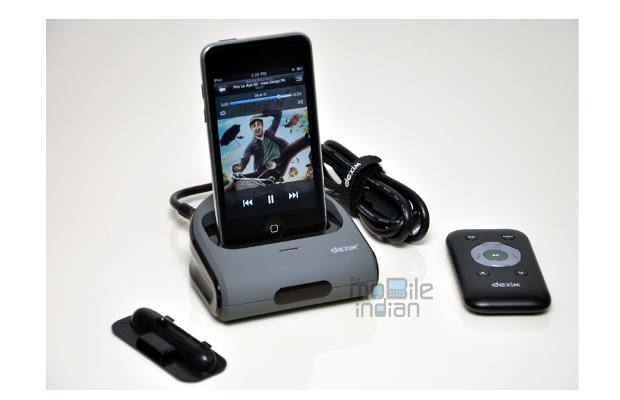 The supplied remote control does a good job, handling most media playback along with skip, play/pause and volume control for the iPod or iPhone. But the one thing that acts like a spoiler is that the actual action key or the “OKâ€ is placed on the extreme upper left hand side of the remote and often you end up stopping the music playback or starting it while watching videos, causing a little discomfort. 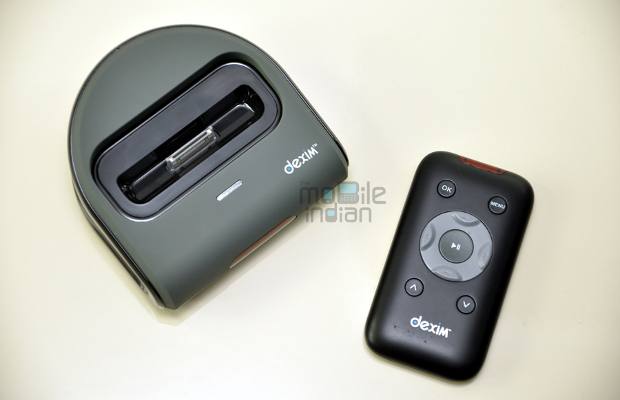 While every device has its own pros and cons, the Dexim AV dock is great for syncing files with the computer as well. The supplied USB cable can be directly plugged in to the computer for data sync as well. 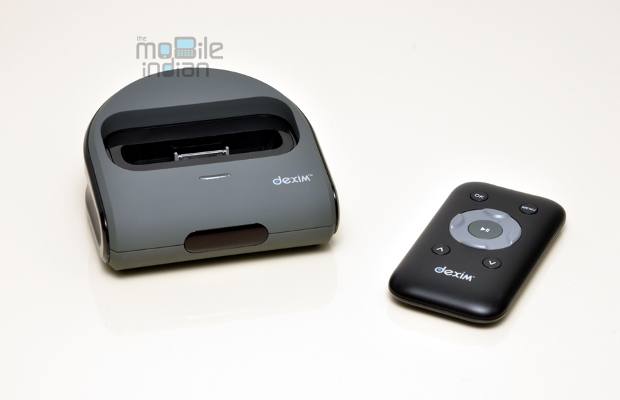 The device utilises a mini HDMI output and users surely can purchase a mini to regular HDMI cable and hook it up with a HDMI compatible such as a media station or a HD projector.

While the device certainly has its ups and downs, its price of Rs 3,899 is the most exciting proposition, and this dock can be purchased from dailyobjects.com at this special price. Ultimately the Dexim AV dock is a fully functional audio-video dock for iPhone or iPod but has no standalone function. Also if you are planning on getting the new iPhone 5 or the iPod touch 5th generation then you might think of giving it a miss as it misses out on the lightning connector.