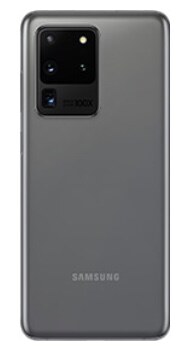 Samsung Galaxy S20 Ultra is reported to feature a 6.9-inch QHD+ display with a screen resolution of 3040 x 1440 pixels. The smartphone is said to be powered by the latest Qualcomm Snapdragon 865 processor along with Adreno GPU.