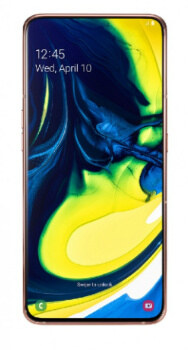 Samsung Galaxy A90 is an upcoming smartphone. The Galaxy A90 has now been reported to come with a Snapdragon 855 chipset, the same processor that powers the flagship Galaxy S10 series. If true, this will be the first time a device inside the Galaxy A series has equipped a top-end chip which could be Samsung’s way of glorifying the Galaxy line for the present mid-range market.