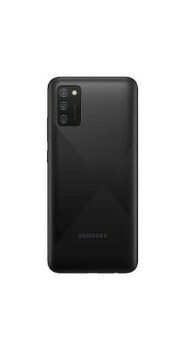 The Galaxy A02s, is the successor to the Galaxy A01. This smartphone features a 6.5-inch HD+ display.

Under the hood, the Galaxy A02s is powered by an octa-core chipset clocked at up to 1.8GHz. This would most probably be a Snapdragon 400-series chipset. It is paired with 3GB of RAM and 32GB of storage, which is expandable up to 1TB via a microSD card.