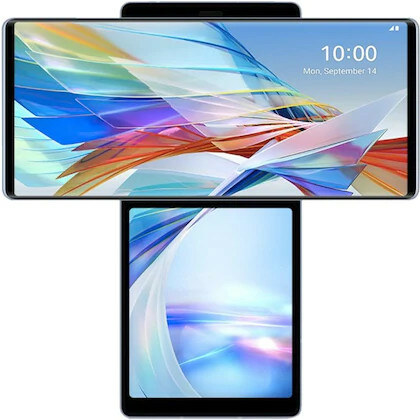 LG packs a 6.8-inch P-OLED FullVision main screen and a 3.9 inch FHD+ hidden G-OLED Second Screen that lets you use the phone in Swivel Mode. Users can interact with the Second Screen while content plays uninterrupted on the Main Screen.  The main screen has a 20.5:9 aspect ratio and 395ppi of pixel density. The second screen comes with 1.15:1 aspect ratio and a pixel density of 419ppi.

The LG Wing is powered by octa-core Qualcomm Snapdragon 765G SoC, paired with 8GB of RAM. It has up to 256GB storage, expandable memory up to 2TB with microSD. It runs on Android 10.