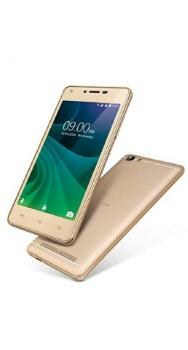 Lava A77 features a 4.5-inch WVGA display with the resolution of 480×854 pixels and comes equipped with 1.3GHz quad-core Spreadtrum SC9832 processor, along with Mali-400 GPU. The smartphone comes with 1GB of RAM and 8GB of internal storage, which can be further expandable up to 32GB via microSD card. The smartphone runs on Android 6.0.1 Marshmallow operating system. The Lava A77 gets its strength from a 2,000mAh removable battery. On the camera front, the smartphone sports an 8-megapixel rear camera and a 5- megapixel front-facing camera for selfies and video chats. Both rear, as well as front camera, comes with LED flashlight. Besides, the smartphone offers 4G LTE, WiFi, Bluetooth, GPS, and a microUSB port.