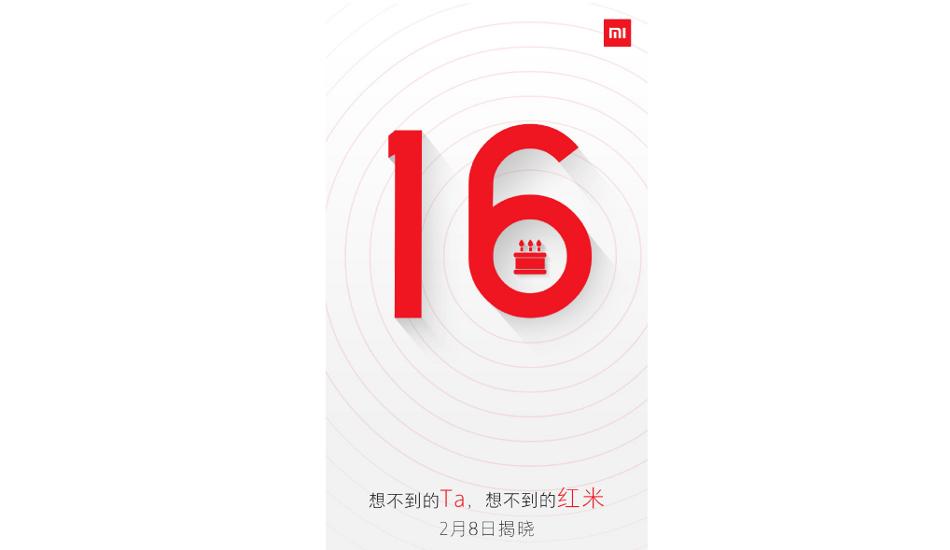 According to a new leaked teaser posted on Weibo, Xiaomi is expected to launch Redmi Note 4X smartphone on February 14 (Valentine’s day). Earlier, also we have seen few leaks for the said smartphone, revealing important details related to specifications and design. 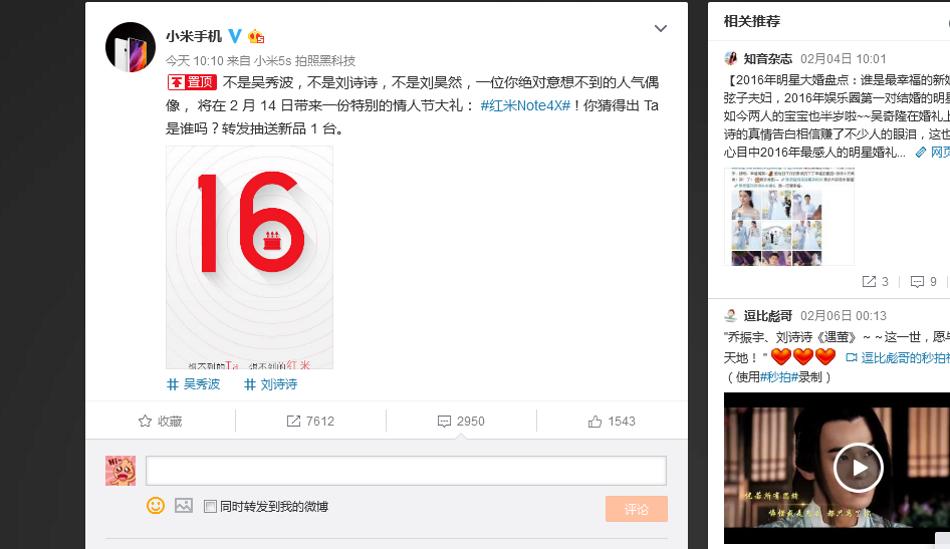 Here’s we know so far according to earlier leaks:

The Xiaomi Redmi Note 4X will sport a 5.5-inch full HD display with a screen resolution of 1920×1080 pixels. The device will be powered by a deca-core MediaTek Helio X20 chipset, which contracts the earlier rumour that the Note 4x will come with a Snapdragon 653 processor. It would be interesting to see whether the company will bring the Snapdragon variant to India, as Xiaomi is not allowed to sold MediaTek processor based devices in India, all thanks to the on-going legal dispute with Swedish telecom giant Ericsson over patent-related issues.

Moreover, the smartphone will come in 2GB/3GB/4GB of RAM and 16GB/32GB/64GB of internal storage options. There will be an option to expand the storage up to 32GB via microSD card. On the camera front, it is expected to boast a 13-megapixel rear camera along with an 8-megapixel front-facing camera. The device also said to feature a fingerprint scanner embedded in the physical home button on the rear.

The Redmi Note 4X will run on Android 6.0 Marshmallow and will be backed by a 4000mAh battery. Connectivity options include dual-SIM, 4G-LTE with VoLTE, Bluetooth 4.0, WiFi, Infrared, GPS/A-GPS and a micro USB. The phone is 151 mm tall, 76.3mm wide and 8.54mm thin and it weighs 176.54 grams.The smartphone will come in Gold, Silver and Gray colour versions. Further, the recent leaked images show a physical home button which was absent in the images posted on TENAA.

Share
Facebook
Twitter
WhatsApp
ReddIt
Previous articleZTE Blade A2 Plus is now available for sale on Flipkart for Rs 11,999
Next articleBlackBerry enters licensing agreement with Optiemus to manufacture all future phones in India
RELATED STORIES