The whole incident has been captured on the CCTV used inside the store.

A smartphone can be your most successful companion or your worst nightmare and a recent report has once again stressed on the later point. In a shocking event, Xiaomi Redmi Note 4 has been reported to be exploded in a shop in Bengaluru. The whole incident has been captured on the CCTV used inside the store.
According to a report by TechCase, a Bengaluru resident took the Redmi Note 4 to a local store for inserting a new SIM. Arjun, the owner of the device, gives the phone to the shop person. However, as soon as the shop person ejects the SIM slot for inserting the SIM card, the phone instantly bursts into flames. 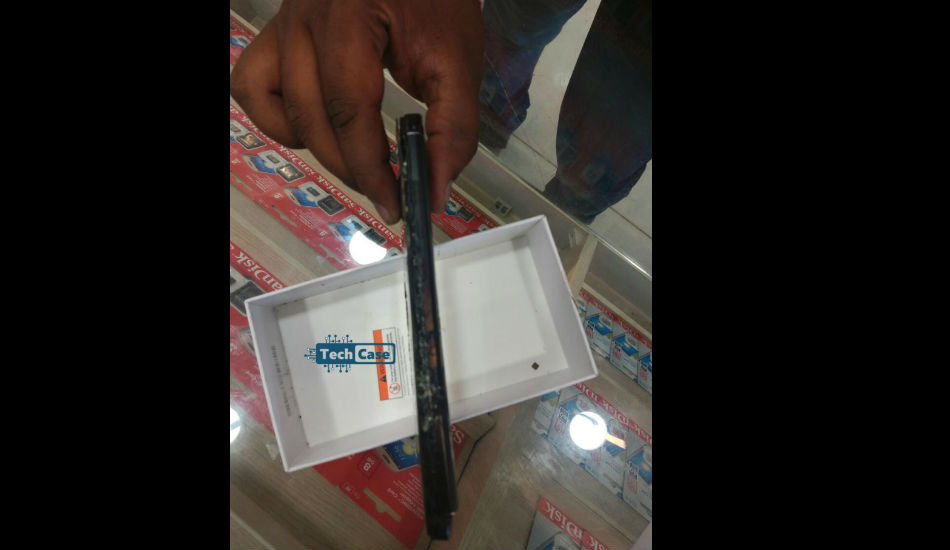 The report further mentions that nobody was injured in the store. The CCTV footage shows that the device suddenly caught fire and the phone continues to burn till the shop person rushed to put the fire out. The incident took place on July 17 and the report further adds that the device has been submitted to the service centre, however, there is still no response from Mi India at the time of writing. The owner has filed a case against the manufacturer at the nearest police station.
You might also like this:
Though it is the first incident of Xiaomi Redmi Note 4 bursting into flame, last year another Xiaomi device was exploded. Ajay Raj Negi, a resident of Noida, Uttar Pradesh, reported that his Xiaomi Mi 4i smartphone burst into flames in office while it was on charge.
With the competition being tough in the smartphone market, manufacturers want to give more feature to its customer, while the shrinking the thickness of the device. The sleek design makes it a bit difficult for the heat to evenly dissipate, thus leading to overheating issues. Samsung Galaxy Note 7 was the most infamous example for this reason. However, faulty battery and no breathing space for the same were responsible for the whole exploding, it is still unknown the root cause of this blast. Stay tuned with us for more update on this report.

Interestingly, many other Chinese players have been guilty of the same. Vivo is one of them. A recent incident which took place in Karnal, Haryana, saw Vivo’s V5 burn into flames while it was plugged in for charging. When the story broke on the internet, various users wished that this is the rarest of the rare cases.

However, things got a little more serious when another Vivo V5’s reportedly exploded while charging in one of the mobile stores in India. The photos of exploded phone have gone viral on the social media, showing the damaged phone from all angles. As of now, we have had no word from the company on this incident.

OnePlus device was also reported to burst into flames. Deepak Gosain of Chandigrah saw his OnePlus One burn into flames in August last year. According to the report, Deepak left his phone on charging for 2 hours while he was sleeping next to it but thankfully far enough to be saved from the burnt device. At first, Deepak went straight to the official service centre of OnePlus in Chandigarh who ensured him that the device will get replaced.