Xiaomi Mi Mix 2S to be first smartphone to feature a Snapdragon 845 SoC? 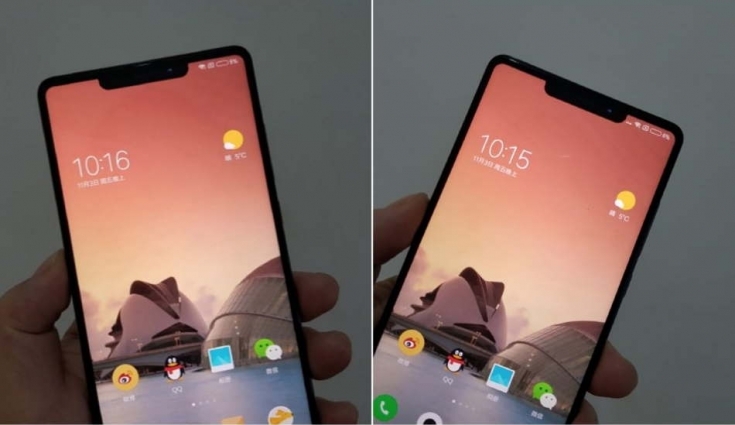 As per earlier leaked images, the device has an iPhone X like notch at the top and a bezel-less display.

Xiaomi Mi Mix 2S was recently reported to announced before the upcoming Mobile World Congress event to be held next month. Now if a recent report is to be believed, the Mi Mix 2S will come with Qualcomm Snapdragon 845 chipset onboard.

As per an earlier report, the Xiaomi Mi MIX 2s has reportedly been codenamed ‘Polaris’ within the company and will be powered by Snapdragon 845 chipset coupled with 6GB of RAM. The smartphone is also rumoured to sport a 12-megapixel dual camera setup on its back. Also, the display aspect ratio is expected to be 19:5:9 and not the traditional 18:9 aspect ratio. However, there’s no information on the display size though. It is also said that the phone will carry a price tag of around Yuan 3000 in China.

The first Xiaomi Mi MIX 2s image surfaced back in November, and it showed the device sporting an iPhone X like notch at the top. The second image also showed off the Xiaomi Mi MIX 2 with an iPhone X-like notch. The bezel-less display was also revealed by the leaked images. Apart from that, the sensors for face recognition, an earpiece speaker, a possible ambient light sensor along with a front-facing camera in the notch at the top were also been revealed by the images. On the right side of the notch, the display showed the battery status and network strength while on the left we can expect the notification icons.