Xiaomi Mi A3 Android 10 update starts rolling out in India 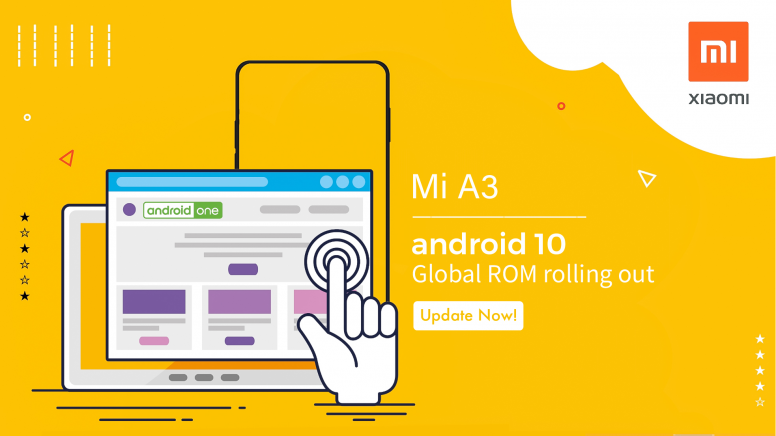 The new update has been rolled out in phases and will reach all Mi A3 users soon.

Xiaomi has started rolling out Android 10 update to its Mi A3 Android One smartphone. Apart from goodies of Android 10, the update also brings May Android security patch to the device.

The update comes with V11.0.15.0.QFQMIXM build number. As per official Mi Community, the update is currently being rolled out to 1% of Indian users.

The new update has been rolled out in phases and will reach all Mi A3 users soon. If you are yet to receive the update, you may check from the system setting if a new update is available for your device. Also, it is recommended that you download the update only by connecting the smartphone to WiFi.

Last month, Xiaomi rolled out a stable Android 10 update globally to Mi A3 smartphone for the fourth time. The update was not pushed for the Mi A3 users in India. The phone already received three buggy firmware updates that forced the company to roll back it for three consecutive times.

Xiaomi Mi A3 is Xiaomi’s third smartphone running on Google’s Android One platform. The device was launched with a promise of three years’ worth of guaranteed monthly security updates and two years of OS upgrades,

Xiaomi Mi A3 smartphone was launched in India in August last year with Android 9 Pie out-of-the-box. Mi A3 has a triple rear camera setup with a 48-megapixel primary sensor, an 8-megapixel sensor paired with a wide-angle lens, and a 2-megapixel depth sensor. For the front, there is a 32-megapixel shooter with an f/2.0 lens for selfies and video calling.

The phone is powered by Qualcomm Snapdragon 665 processor along with Adreno 610 GPU. Mi A3 features a 6.08-inch HD+ AMOLED display with a screen resolution of 1520 x 720 pixels. It has a 4,030mAh battery that supports 18W fast charging.