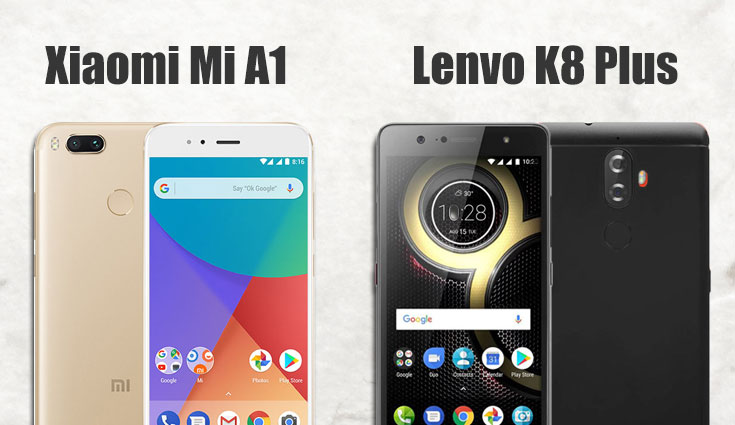 With stock Android and dual cameras at the focus, which is a better buy between the Lenovo K8 Plus and Xiaomi Mi A1?

Stock Android was once criticised for its lack of features, so much so that a lot of Android users actually took Samsung’s UI as the only Android experience. However, things have changed, Stock Android has grown as a mature OS and boasts a tonne of features which is why companies have finally started to present pure Android experience to its devices. Just this week, we saw Xiaomi and Lenovo coming out with their Mi A1 and K8 Plus devices respectively in India. Both of them run stock android OS and promises prompt future updates. Apart from Stock Android being one of the similarities, there are quite a bit of difference between the two. Let’s explore those.

Picking up the design element first, both the smartphones boast a metal unibody design, however, they don’t really look similar. The Lenovo K8 Plus, interestingly, appears to be a mix of Xiaomi’s Redmi Note 4 and Redmi 4. The device comes in two colour options i.e. Venom Black and Fine Gold and is relatively more compact in hands, thanks to a slightly smaller screen. The back panel of Mi A1, on the other hand, is yet another iPhone 7 Plus rip off which, although might be a problem for some, actually favours the Mi A1 here, in our opinion. The Mi A1 comes in Black, Gold and Rose Gold colour options. 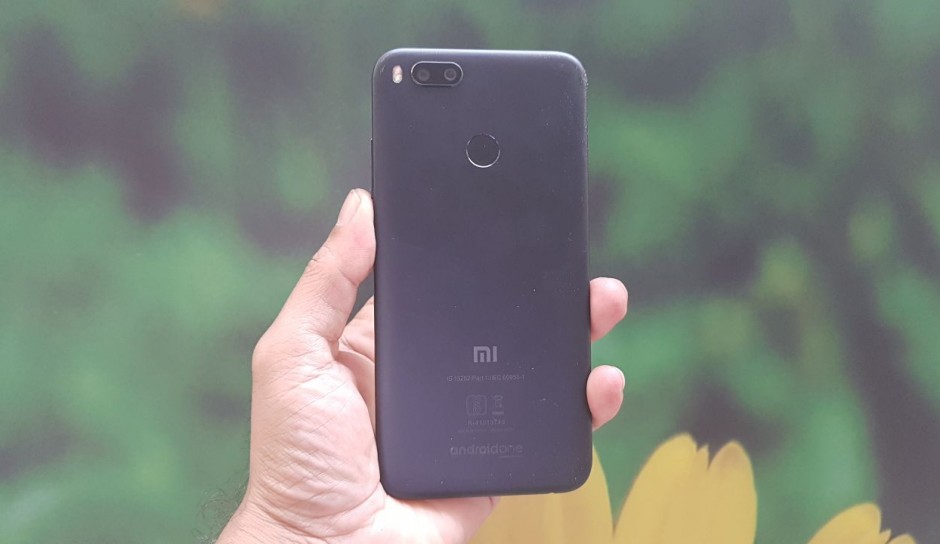 Further, both the smartphones sports a dual camera setup at the back which differs in the alignment. While the one on the K8 Plus sits vertically at the centre, Mi A1 sports a horizontal dual camera setup on the top-left corner. The button placement on both the devices is adequate as well and both the devices comfortably fitin one hand. Apart from this, Lenovo K8 Plus also comes with a dedicated Music Key, which can also be re-mapped to other functions as well.

To summarise, the Lenovo K8 Plus feels more compact in hands while the Mi A1 is thinner at 7.3 mm and aesthetically more pleasing. Just to name a winner, I will pick up the Mi A1.

It’s been just a couple of days since we started using the Mi A1 while the K8 Plus hit our doors yesterday so commenting on the overall performance wouldn’t be fair at the moment. Nevertheless, both the smartphones differ when we talk about the processors.

The Mi A1, just like the Redmi Note 4, is powered by a 2.0 GHz Quad-Core Snapdragon 625 chipset coupled with Adreno 506 GPU. We get 4GB RAM and 64GB of internal storage which is expandable up to 128GB via dual Hybrid SIM slot. 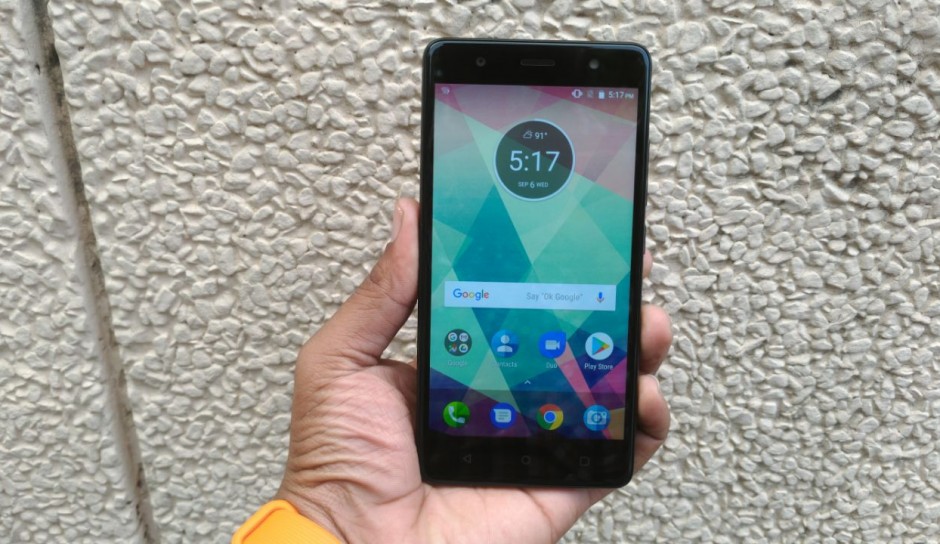 On the other hand, the Lenovo K8 Plus runs on a 2.6 GHz Octa-Core MediaTek 6757 Helio P25 Chipset. The GPU here is Mali- T880 MP2 while we get 3GB RAM and 32GB of internal storage. The company also plans to launch the 4GB RAM variant sometime near Diwali. Besides, the 32GB internal storage is expandable up to 256GB and there is a dedicated microSD card slot as well.

Based on our past experiences, the Snapdragon 625 is one of the most battery friendly CPUs out there and for the performance, all the 8 A53 Cores are clocked at 2.0 GHz. On the contrary, MediaTek hasn’t had a good reputation with power efficiency while the performance is something which we are eager to test on the K8 Plus.

On the software side, you wouldn’t notice any massive difference as both of them comes with stock Android 7.1.1 Nougat. You get some Mi apps like Mi Music Player, Mi Store on the Mi A1 while the K8 Plus comes with some Microsoft apps and Dolby Atmos app pre-installed, however, I don’t think bloatware is an issue in either of the devices.

The most talking point of both the devices, apart from stock Android, is the camera. Both the devices have a dual camera setup at the back with different purposes.

The primary lens on the K8 Plus is regular 13-megapixel PureCelPlus sensor coupled with a secondary 5-megapixel depth sensor to give that bokeh effect. Lenovo claims that both the sensors when combined can give an aperture of f/0.8. The front camera on the K8 Plus is an 8-megapixel shooter with f/2.0 aperture.

Xiaomi Mi A1, on the other hand, takes a different approach to the dual cameras. We get two 12-megapixel sensors at the back of which one is a wide-angle lens (f/2.2) while other is 2x optical zoom telephoto lens (f/2.6). When combined, the cameras can also deliver impressive portrait shots (bokeh effect). The front camera on the Mi A1 is a 5-megapixel sensor.

We would advise you to wait for the detailed camera test, till then, here are some shots for you to judge for yourself. 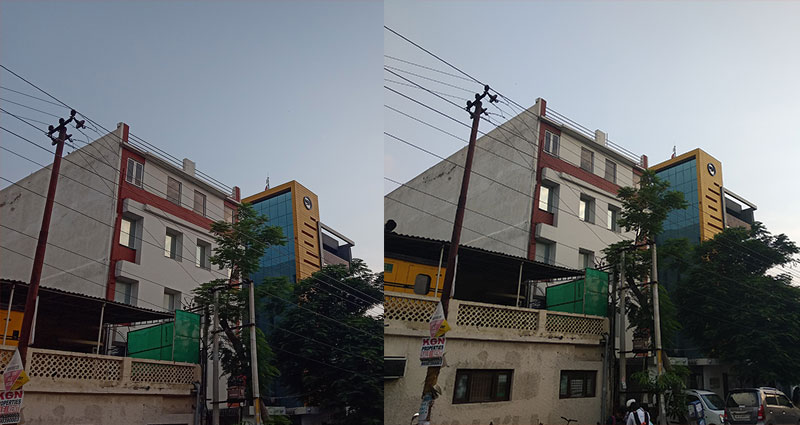 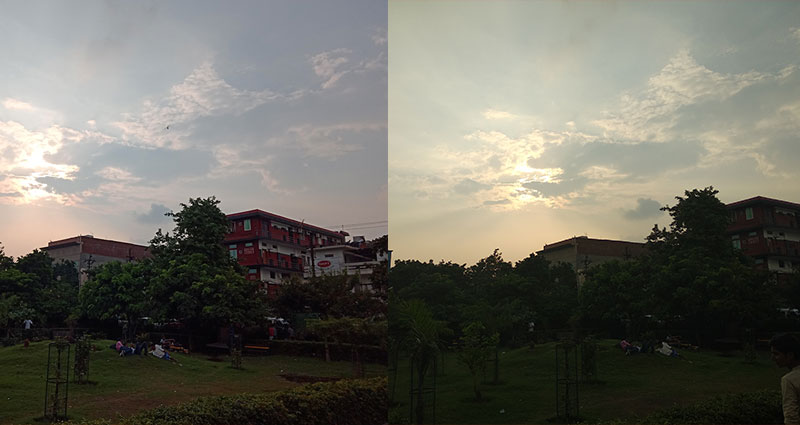 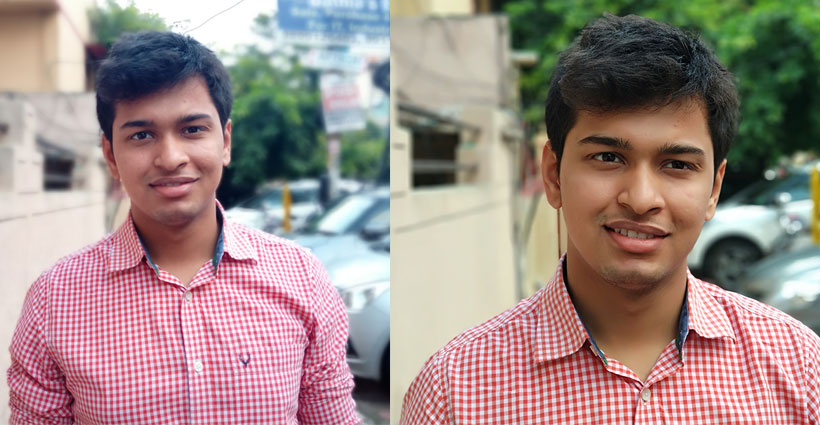 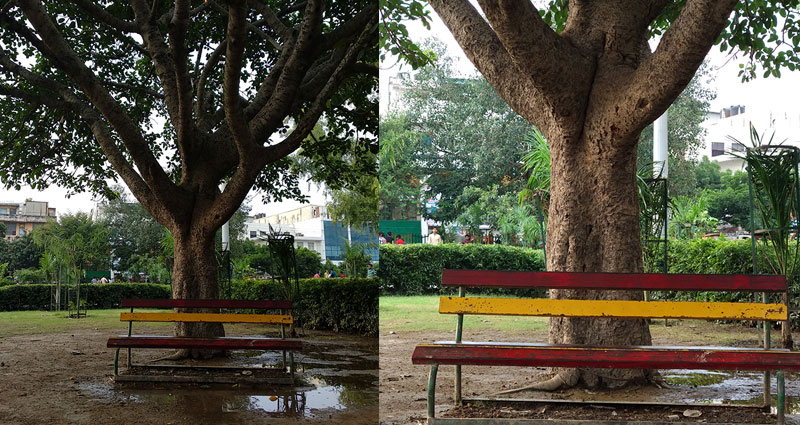 Based on our initial impressions, the camera setup on the Mi A1 manages to capture vibrant images with slightly better details while the one on the K8 Plus ranks high in dynamic range. Further, the Mi A1 clearly does a better job capturing bokeh and the 2x optical zoom works just fine too.

This is where things might get a little tricky. The Mi A1 packs in a 3080 mAh while the K8 Plus is backed by a 4000 mAh battery. Both of them are non-removable.

That said, the Snapdragon 625 chipset is a much better bet for battery life whereas we are not sure about the Helio P25. In other words, although K8 Plus clearly wins this on paper, we would advise you wait for a detailed review of both the devices before you land a conclusion for the battery life. Both the devices come with a 5 Volt 2 Ampere charger so no crazy fast charging here.

Coming to the audio performance, both the smartphones come with a bottom firing single speaker, so surround sound is out of the picture. In my initial testing, I found the speaker on the Mi A1 delivers better sound output with better bass as compared to the Lenovo K8 Plus. It also tends to get really loud. However, things tend to turn once you plug in a pair of headsets. The Dolby Atmos on the K8 Plusbapp gives you a host of interesting modes for different sound scenarios like Movie, Music and so on. One can also easily customise the equaliser and choose different settings to get the desired sound output.

The Lenovo K8 Plus (3GB RAM) variant is priced at Rs 10,999 while the Mi A1 is priced at Rs 14,999. Although the K8 Plus is much cheaper than the Mi A1, it still manages to give a tough time to the Xiaomi counterpart. If you ask us, Lenovo K8 Plus is probably for those who can’t afford to extend their budget. The K8 Plus gives you a massive battery, similar display while the performance and camera are still inside the lab. On the other hand, Xiaomi’s Mi A1 is purely for those who are seeking a flagship looking device under Rs 15,000. I prefer the dual camera setup on the Mi A1 and given its is the first device of Android One 2.0, we can expect better updates on the Mi A1 as well.