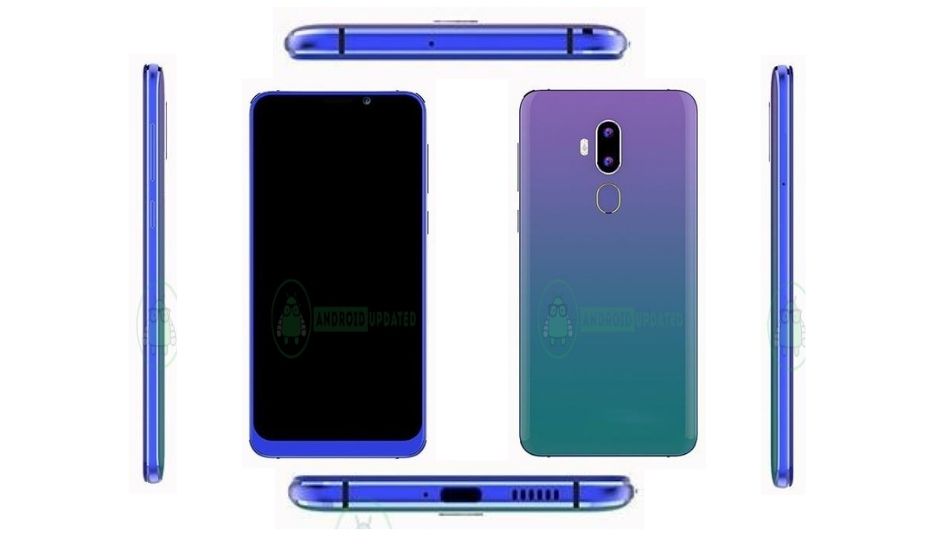 The Vivo X15 looks to ditch the 3.5mm headphone jack and will have a USB Type-C charging port.

Vivo is all set to launch its Z-series smartphone in India soon, named as Vivo Z1 Pro, which could be a rebranded Vivo Z5X, that was introduced in China recently. Now as per a report, Vivo will be launching a new smartphone under its X-series, dubbed as Vivo X15 in the coming days.

As per a report by Android Updated, the smartphone will be launched soon. The website also revealed the renders of the upcoming alleged Vivo X15, showing the phone from every angle.

Looking at the render images, one can clearly see that the phone will come equipped with dual rear camera setup with a dual-tone LED flash and will feature a rear-mounted fingerprint scanner. The smartphone will ditch the 3.5mm headphone jack and will have a USB Type-C charging port along with and a speaker grille at the base. The smartphone will have a wide notch at the front. The volume rocker along with power key buttons is on the right side of the phone. The back panel looks to made of polycarbonate material with a gradient finish.

As of now only this much of information is available for this upcoming Vivo phone. However, we will update as soon as we get more details on Vivo X15 smartphone.

On the camera front, the Vivo Z5x has a triple rear camera setup with 16-megapixel as a primary sensor with f/1.78 aperture, 8-megapixel wide-angle lens with f/2.2 aperture and a 2-megapixel depth sensor with f/2.4 aperture. On the front, it has a 16-megapixel selfie shooter with f/2.0 aperture. It features a rear-mounted fingerprint sensor and supports face unlock as well. The smartphone runs on Android Pie and gets its juices from 5000mAh battery with 18W fast charger support. On the connectivity front, dual 4G VoLTE, WiFi, Bluetooth 5.0, GPS, GLONASS, micro USB and dual-SIM support.