Vivo U3 teased with Snapdragon 675 SoC 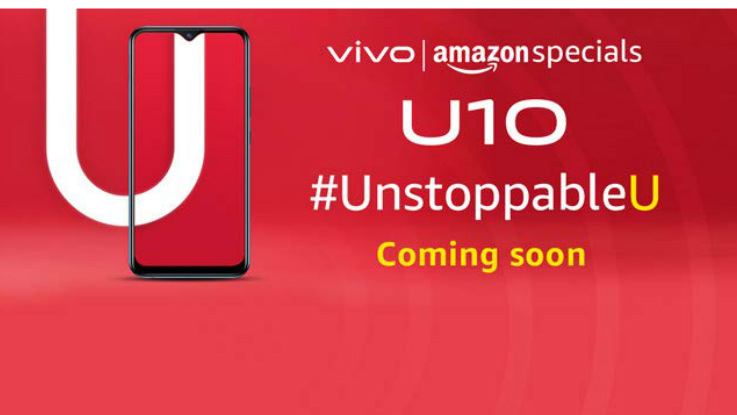 Vivo launched the U10 smartphone in India last month. The same phone was launched as Vivo U3x in China later. Now after the launch of Vivo U3x, Vivo has teased the upcoming launch of Vivo U3. Vivo U3 will go on pre-sale starting October 21.

As per the teaser, Vivo U3 will come with AI triple rear cameras, Snapdragon 675 SoC, physical fingerprint scanner and more. A Snapdragon 675 powered Vivo phone earlier appeared on TENAA with the V1934A/T model number. As per reports, Vivo U3 could be the Vivo 1934A/T phone that surfaced on TENAA.

The Vivo phone will feature a 6.53-inch display that offers full HD+ resolution of 1080 x 2340 pixels with a waterdrop-style display notch. It will be powered by an octa-core processor that clocks at 2.0 GHz.

It will have a 4GB/6GB/8GB of RAM variants with 64GB and 128GB internal storage. It will have an expandable memory with a microSD card slot. The phone features a fingerprint sensor at the back.

The smartphone will feature a triple rear camera setup with a combination of a 16-megapixel, an 8-megapixel and 2-megapixel sensors. There will be a front-facing camera of a 16-megapixel sensor. It will run on Android 9 Pie operating system with Funtouch UI layer over it and the battery capacity is 4,920mAh. The device measurements are 162.15 x 76.47 x 8.69mm and it weighs 193 grams.