Vivo recently announced that it will launch Vivo Nex 3S in China on March 10. Now ahead of the launch, Vivo has officially confirmed that the NEX 3s 5G will be powered by Snapdragon 865 chipset.

Vivo has posted a short video clip on Weibo which shows the back of the NEX 3S 5G. The short clip shows the device has three cameras. It also confirms the Blue color option apart from Orange colour which was earlier confirmed by the company. 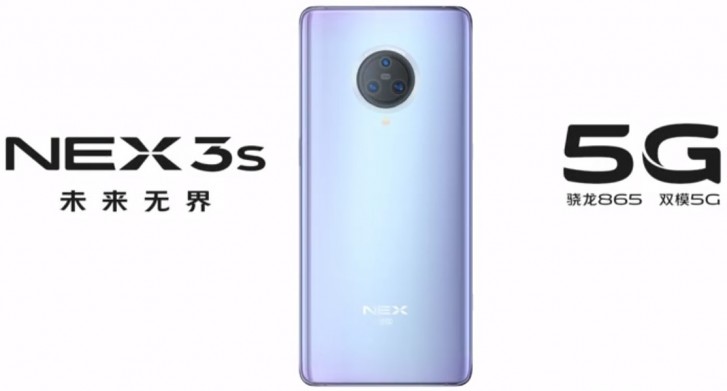 The smartphone will be officially launched in China on 10 March at a launch event at 2:30 PM local time. Vivo earlier shared a teaser poster which revealed that the phone will have a notch less display with negligible bezels on all sides. It will be featuring a waterfall screen.

An earlier TENAA listing suggested that Vivo NEX 3S 5G will feature a 6.89-inch AMOLED display with a screen resolution of 2256 x 1080 pixels. It will come powered by Qualcomm Snapdragon 865 SoC, along with 8GB of RAM and 128GB and 256GB internal storage. The phone will run Android 10 with Funtouch OS 10. The listing also revealed 4,250mAh battery which might pack 44W fast charging technology.

For the camera, Vivo Nex 3S 5G will have a triple rear camera setup with a 64-megapixel primary lens along with 13-megapixel secondary sensor and a 13-megapixel third sensor. For the front, there is a 16-megapixel pop-up shooter. The phone will come with an in-display fingerprint scanner. It measures 167.44 × 76.14 × 9.4 mm and weighs 219.5 grams.