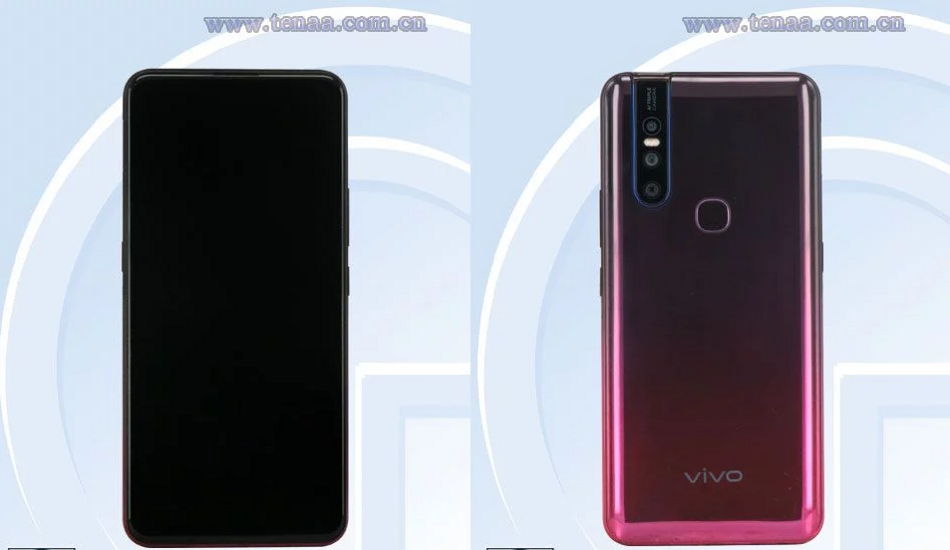 Vivo phone features 6.53-inch full HD+ display with a screen resolution of 1080 x 2340 pixels. The device is powered by an octa-core processor clocked at 2.1GHz.

Vivo recently launched Vivo V15 smartphone in Thailand. Now, two variants of an unknown Vivo smartphone has been spotted on Chinese certification website, TENAA. As per reports, the phone could be none other than the upcoming Vivo Z15. The listing has revealed renders and specifications of the upcoming smartphone.

The variants have been spotted with model number V1831A and V1831T. Both the listing reveals similar renders and specifications. To begin with the render first, it shows that the back panel of the smartphone features a triple camera setup on the top-left corner of the phone along with a LED flash.

There also lies a fingerprint sensor at the back and and one can also see Vivo logo at the top-centre position. The right side of the device features volume controls and power on/off button, while the left features SIM slot. The front features a notch less display surrounded by super-slim bezels

For the specifications, the TENAA listing reveals that the phone features a 6.53-inch full HD+ display with a screen resolution of 1080 x 2340 pixels. The device is powered by an octa-core processor clocked at 2.1GHz. There are two variants of the phone – 4 GB RAM + 128 GB storage and 6 GB RAM + 256 GB storage. The memory can be further expanded up to 256GB via microSD card slot.

For optics, the phone will employ triple rear camera setup with a combination of 12-megapixel primary sensor, 8-mgeapixel secondary sensor and a third sensor of 5-megapixel. The phone will likely feature pop-up front-facing camera. The listing reveals that it is equipped with 24.8-megapixel selfie camera.