Trouble for OnePlus users once again, phones crashing after UPDATE

OnePlus models since OnePlus 6 seem to have been affected by a crash that takes the phone into Qualcomm Crashdump mode. 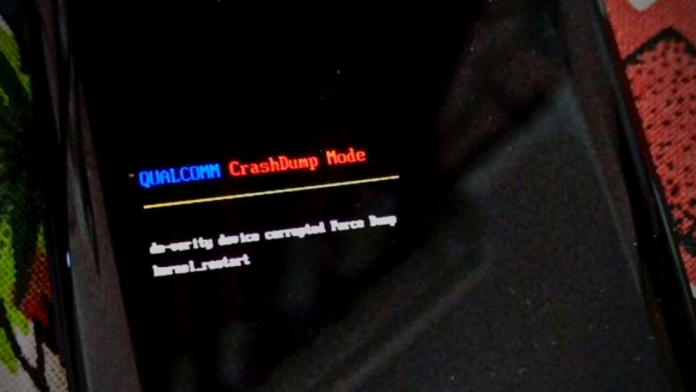 OnePlus has had its fair share of controversies, but the latest one has got a lot of its users in trouble. People have taken to Twitter to report that their OnePlus smartphones have been crashing out of nowhere and bringing them into “Qualcomm Crashdump Mode.” One can think of it as a space from where very few smartphones can get back and be revived. In Short, Dead End!

The Qualcomm Crashdump Mode occurs in a smartphone when the partition of the device is corrupted. The system partition is mostly the culprit because your device cannot boot into the operating system. Reports have emerged from across the globe about the crashing issue since the OnePlus 6 was launched and has been reported by OnePlus 6T, 7 series, 7T series, 8 & 8T series, and the company’s latest 9 series, users as well.

There’s no reason why it has been happening, but a thread by a user has been made on Twitter as per which, most of the issues took place after the phones were updated to the latest firmware.

What are your options to solve the issue?

The only way to revive the device is using the MSM Tool that can bring back bricked devices to life. However, not every device can be revived due to software complications because of which the issue appeared in the first place. For those unaware, MSM Tool is a firmware flashing software that can be used for Oppo, Realme, OnePlus and Vivo smartphones if they ever face this crashing issue.

Now, even if you could revive the smartphone, there’s no guarantee that you won’t go into crashdump mode once again. Secondly, you will also lose all of your data when you flash the firmware using MSM Tool. Thirdly, as mentioned before, MSM Tool also doesn’t ensure that your device will revive. Fourthly, the whole process is very cumbersome, and those with no knowledge will have to go to the service centre to get their smartphone repaired.

As if these issues weren’t already enough, taking the service centre route could also burn a big hole in your pocket. The user who created the thread also states that OnePlus only has one solution to solve this issue, replacing the motherboard of your device.

The motherboard can be considered as the most vital component of the smartphone for its proper functioning. And if it dies, then it can easily cost you around Rs 20,000 for the OnePlus 6, specifically in this case. This is even more than the market value of the OnePlus 6 itself. Within this price, one can get a new phone from another brand that greatly increases the chances of you not facing this issue again.

Now, this doesn’t mean that this issue cannot occur on any other device. This is because all the phones with a Qualcomm processor can face it any time during their lives, and there are many of them out there. However, it can be prevented if the brand thoroughly tests the software version they are pushing it to the public before releasing it (which OnePlus clearly missed out on, in this case).

We would highly recommend users of OnePlus smartphones who haven’t updated their phones yet, not to update the software to the latest version. It can cause you a lot of trouble and, in some cases, a lot of money as well. As for the brand who has already troubled the users in the past, we would request them to prevent such issues in the future so the end consumer doesn’t have to go through this much trouble.