This is what the upcoming Pixel 7 Pro could look like

Google’ upcoming Pixel 7 Pro has now leaked in renders, which show that the upcoming device may feature a similar design as its predecessor. 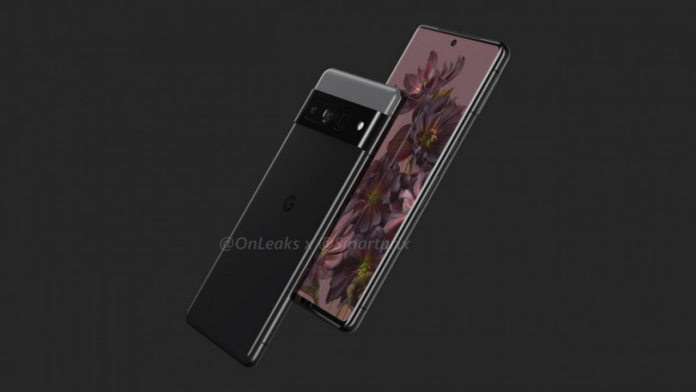 Google’ Pixel 6 series from last year was a complete revamp of the Pixel lineup where Google introduced its very own SoC, Tensor. The smartphones were appreciated for their design and it seems like Google wants to stick to it with its next generation of Pixel devices as well, which will include the Pixel 7 Pro.

On the front, it features a 6.7 – 6.8-inch display with a punch-hole for front camera along with slim bezels. The back panel retains what Google calls the Camera Bar, that houses a dual-tone finish and a triple camera unit, a microphone, and an LED flash. In addition, the camera system seemingly includes a primary wide-angle lens, a periscope telephoto lens, and an ultrawide sensor.

Read More: Dear Google, it’s time you focused on something other than Pixel’s cameras

However, a slight change can be noticed in the camera bar where it now melts into the frame of the device, a trend that started with Galaxy S21 series. The device measures 163 x 76.6 x 8.7mm and its thickness increases to 11.2mm at the camera bump. The top has the microphone, while the bottom features two speaker grilles, a USB-C port, and a microphone. The right side of the phone features the volume rockers, whereas its left has a SIM card slot.

Another recent report from 9to5Google mentions that the Google Pixel 7 and Pixel 7 Pro are codenamed as Cheetah and Panther, respectively. The Pixel 7 should likely feature the second-generation Tensor chip, along with a Samsung-made Exynos 5300 modem.