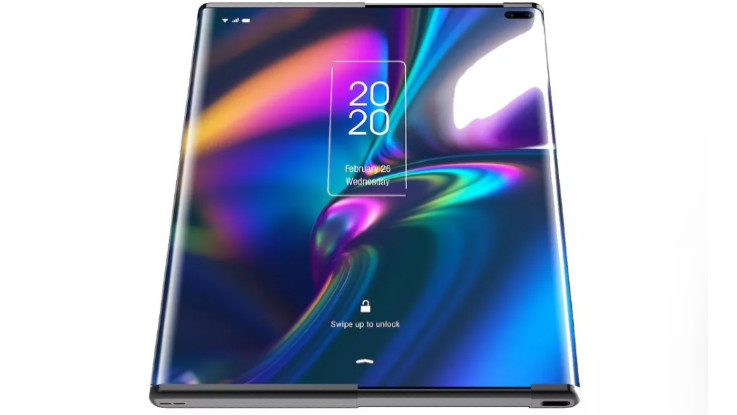 The renders show that the front will come dual punch-hole design, which is situated at the top-right corner. 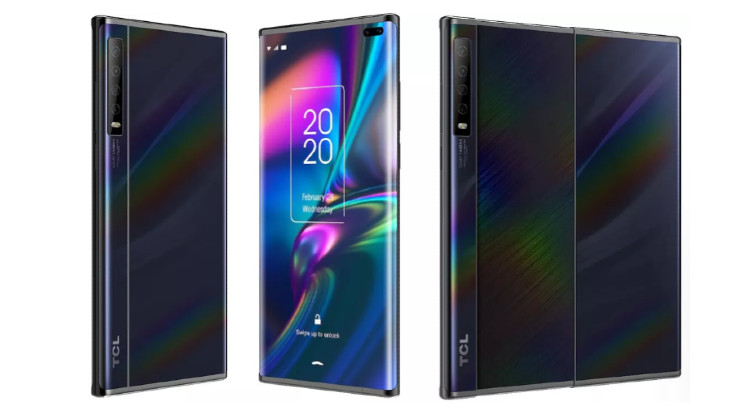 The renders show that the front will come dual punch-hole design, which is situated at the top-right corner. The phone will feature a curved display on one side, while the second half can be pulled to form a large form factor. The renders also show that the back panel will come with a quad-camera setup along with dual-LED flash, while the TCL branding is at the bottom of the back panel.

Multiple reports indicate that the company was planning to introduce this new concept smartphone at the Mobile World Congress (MWC) 2020. However, the event got cancelled due to coronavirus outbreak. So, it is not known at the moment that when the company will throw some light on its latest smartphone.

Previously, it showcased a foldable smartphone which has not one but two hinges and folds into three portions. The Chinese company has taken inspiration from both Samsung’s Fold that folds inwards and Huawei Mate X that folds outwards and has devised a phone that folds both ways. This is because the large 10-inch screen prototype folds once inwards and once outwards with two hinges to support the action.