Sony Xperia 5 IV could be equipped with a Qualcomm Snapdragon 8+ Gen 1 SoC and a triple rear camera setup. 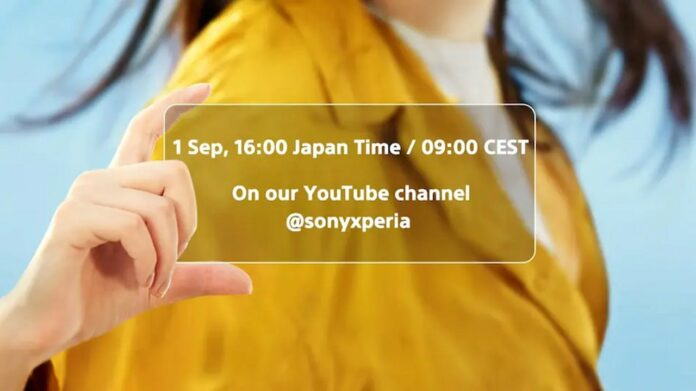 Sony has scheduled an Xperia product launch event for September 1. The company is expected to launch the new Xperia 5 IV flagship smartphone at the event.

The Sony Xperia launch event will be held on September 1 at 4PM JST (12:30pm IST). It will be live-streamed on the company’s official YouTube page. The company has not officially revealed any other information relating to the upcoming handset.

Sony collaborated with artist Cat Burns who apparently shot and recorded her latest single “People Pleaser” with the new upcoming Xperia phone. However, she didn’t specify which Xperia Phone. At the end of the video, Sony quotes “Be Creative. Go Compact,” implying the launch of a compact phone.

A recent Federal Communications Commission (FCC) listing suggested that the Xperia 5 IV’s display will measure 155.74mm in height and 67.1mm in width, whereas the diagonal length could be 153.5mm. These measurements suggest that this smartphone may feature a 6.04-inch display. Moreover, the phone will come with a 3.5mm headphone jack and a USB Type-C port.

Earlier this year, Sony Xperia Ace III was launched. It is available in a single 4GB RAM + 64GB storage variant which is priced at JPY 34,408 (approx Rs 20,500). Sony has launched the smartphone in four colour options — Black, Blue, Brick Orange, and Grey. The phone is powered by the Snapdragon 480 SoC with 4GB of RAM and 64GB of UFS storage. .