Snapdragon 6 Gen 1 full specifications leaked, could be based on a 4nm node

Qualcomm could be working on unveiling a new chipset called Snapdragon 6 Gen 1 that may be based on a 4nm node. 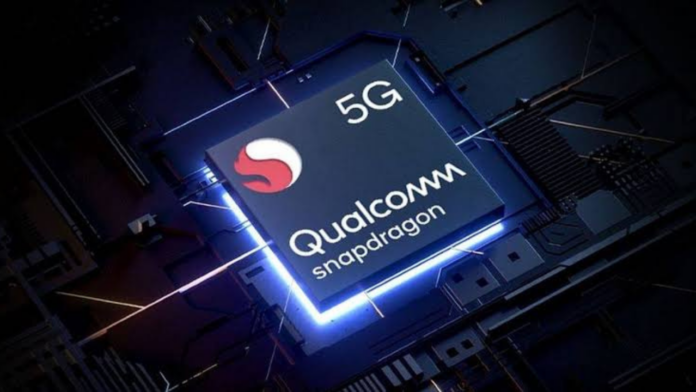 Qualcomm revamped its naming scheme for its mobile processors with the launch of Snapdragon 8 Gen 1 and then it later launched the Snapdragon 7 Gen 1. Now, the chipmaker could be gearing up to unveil a new chipset called Snapdragon 6 Gen 1 which may come as an SoC for the mid-rangers.

The detailed specification sheet of the Snapdragon 6 Gen 1 has been leaked by Evan Blass and as per the information, it looks like a promising chip. The spec sheet says that the Snapdragon 6 Gen 1 will have the model name SM6450 and will be based on a 4nm node. Furthermore, the chipset comes with Qualcomm Quick Charge 4+ technology.

It will pack the Qualcomm Kyro CPU with peak clock speeds of up to 2.2GHz. It will have support for up to 12GB of LPDDR5 RAM clocked at up to 2750MHz and will have USB 3.1 compatibility as well. For connectivity, the chipset will feature the Snapdragon X62 5G modem offering 5G mmWave and sub-6GHz bands. Moreover, it will have the Qualcomm FastConnect 6700 WiFi 6E, and Bluetooth 5.2 will also be supported.

As for the display, the chipset offers support for up to FHD+ resolution at a 120Hz refresh rate. Coming to cameras, smartphone manufacturers could equip their devices with up to 13 megapixels of triple cameras, a twin camera array with 25 + 16 megapixels, and a single camera with 48 megapixels. There’s support for triple 12-bit ISPs, 4K HDR video capture at 30FPS and Slow-mo video capture at 270p resolution and 240FPS video as well.

Meanwhile, Qualcomm unveiled two new chipsets for wearables last month, namely the Snapdragon W5+ Gen 1 and Snapdragon W5 Gen 1. The new Snapdragon wearable platforms are based on a hybrid architecture and are based on a 4nm node. They employ a 22nm highly integrated always-on co-processor as well.