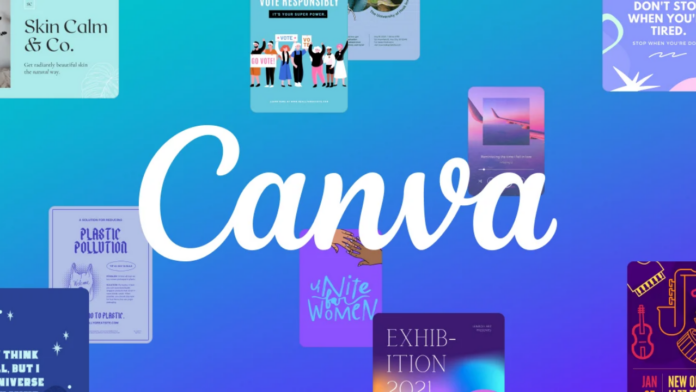 It is one of the most popular graphic designing tools in the world. It allows you to create posters, add lots of pictorial magic to your presentations and even jazz up your social media posts. We are talking of Canva, the app that is the go-to design tool for thousands of people, ranging from students to business executives to performing artists. But there is much more to the app than just what meets the eye.

The story of Canva is a fascinating one and full of surprises. So here are seven amazing facts you might not know about these multiple award-winning apps:

Created because design software was a pain to use

Canva’s CEO, Melanie Perkins, who is also one of its founders, got inspired to create it in 2006, when she discovered how difficult design software was to use while teaching design at Perth, in University of Western Australia. Perkins would say that while people could just jump in and do stuff on Facebook (which was in its early days), it took years to learn how to use design software. We are not one bit surprised. We STILL find most design software a maze. Canva, thankfully, is an exception.

Melanie Perkins might have been teaching at a University, but by all accounts, her experience of professional tech, marketing and business was…nil.

Started with yearbook design and in the living room

Before Canva, Perkins started a company with her then-boyfriend Cliff Obrecht (they got married in 2021), called Fusion Books in 2008. This was a cloud-based, online platform focused on Yearbook Design and was targeted at schools. Of course, Perkins made sure it was easy to use. In best start-up tradition, the company got underway in the living room of her mother’s house. The enterprise was so successful that Melanie decided to leave university and focus on it full time. Fusion Books is still around, and doing rather well – it was the largest yearbook publisher in Australia at one stage.

Perkins had a tough time getting investors for Canva. She claims to have pitched the idea to more than a hundred venture capitalists in 2010, none of whom showed any interest. However, Hollywood stars Woody Harrelson and Owen Wilson loved her idea and invested in Canva. Interestingly, Perkins would have never met Harrelson or Wilson if she had not impressed venture capitalist Bill Tai. She says she learnt kite surfing to impress Tai, who would also invest in Canva. Today, Canva’s investors include the likes of Franklin Templeton and Sequoia Capital Global Equities. Do not let anyone ever tell you that kite surfing is useless!

It took Perkins three years to get investment for her idea. Canva came into existence in 2013, backed by USD 3 million. Its three founders were Melanie Perkins and Cliff Obrecht, and former Google executive, Cameron Adams. Interestingly, one of Perkins’ and Obrecht’s technical advisors was Lars Rasmussen, a co-founder of Google Maps. It was he who introduced the couple to Cameron Adams.

He is Perkins’ partner and the co-founder of FusionBooks and Canva, but Cliff Obrecht was also part-time chef for the team. He is believed to have often made sandwiches for the team lunch.

Both Perkins and Obrecht are billionaires and among the richest people in Australia. They, however have vowed to donate most of their equity in Canva. The couple plans to do so through the Canva Foundation. They have also announced a program with GiveDirectly for the distribution of USD 10 million to the needy in South Africa. Perkins says that they realised the importance of giving when they visited India, and met someone who worked incredibly hard but earned less than a dollar a day, had no home, and slept in a computer cafe. Obrecht says it is not their vibe to hoard money.