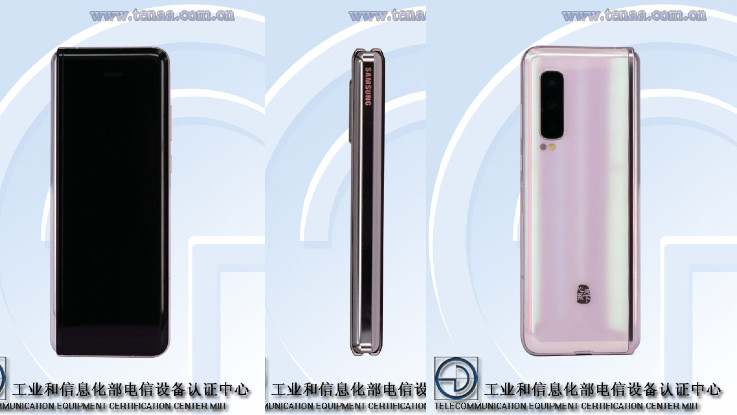 The listing reveals that the Samsung W20 5G foldable smartphone will be backed by a 4,135mAh battery, which is different from the 4380mAh battery of Galaxy Fold 4G and 4,235mAh battery present in the Galaxy Fold 5G.

Samsung is all set to launch a new foldable smartphone, dubbed as Samsung W20 5G on November 19. Now, just ahead of the official launch, full specifications of the upcoming smartphone have been leaked online.

The smartphone has been found listed on TENAA revealing its design and specifications. The listing reveals that the smartphone comes with model number SM-W2020. The render posted by TENAA reveals a similar design language to the Galaxy Fold.

Coming to the specifications, it is also similar to the Galaxy Fold, with some key differences. To start with, the listing reveals that the smartphone is powered by an octa-core processor with a clock speed of 2.96 GHz, which means that it will be powered by a Qualcomm Snapdragon 855+ processor. To recall, the original Galaxy Fold is powered by a Qualcomm Snapdragon 855 processor. Furthermore, the listing reveals that the Samsung W20 5G foldable smartphone will be backed by a 4,135mAh battery, which is different from the 4380mAh battery of Galaxy Fold 4G and 4,235mAh battery present in the Galaxy Fold 5G.

Apart from this, the rest of the specifications remain the same. Just like Galaxy Fold, the Samsung W20 5G is backed by a 7.3-inch QXGA+ Dynamic AMOLED primary display with a screen resolution of 1536×2152 pixels resolution along with a 4.6-inch HD+ Super AMOLED cover display with 1960 x 840 pixels.

The foldable smartphone is backed by a 12GB of RAM and up to 512GB of internal storage. For the camera, the phone is equipped with a triple camera module at the back of the phone with a combination of a 16-megapixel ultra-wide camera with an f/2.2 aperture, a 12-megapixel wide-angle camera, with Dual Pixel AF, OIS, and variable f/1.5 to f/2.4 aperture; and a 12-megapixel telephoto camera with PDAF, OIS, an f/2.4 aperture, and 2X optical zoom.