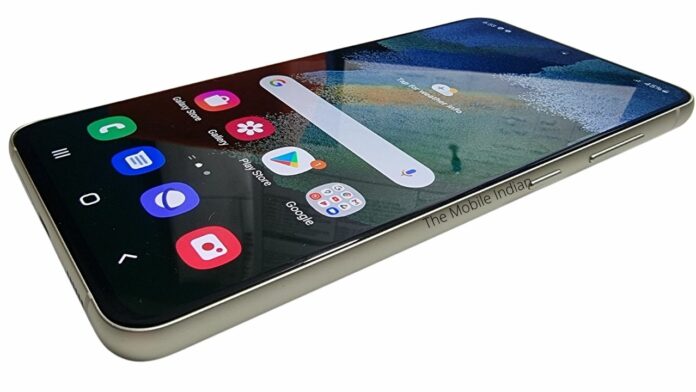 When Samsung launched the Galaxy S20 FE, no one expected the device to be as big a hit as it was. The brand has sold over 10 million units of the smartphone as of now, making it one of the bestselling devices from Samsung last year. It does not come as a surprise that Samsung wants to continue this success streak. The brand has launched the successor of the Galaxy S20 FE— the Samsung Galaxy S21 FE.

The company has followed a broadly similar strategic blueprint by introducing the Samsung Galaxy S21 FE with similar but slightly inferior specs as compared to the Samsung Galaxy S21 paired with a comparatively economical price tag. But is this Fan Edition ( yes, that’s what FE stands for) going to be as popular as its predecessor? Here is all you need to know:

Solid design, but does not scream “premium”

The phone may come with “S” series branding, which is a premium series from Samsung, but the phone’s looks might not say “premium” out loud. Polycarbonate is the material of the S21 season which is why just like the Galaxy S21, the Galaxy S21 FE also comes with a polycarbonate back. It has a matte polycarbonate back, which does not even try to look like anything else. There is a rectangular, slightly protruding camera unit on the top left side which houses three cameras and the Samsung logo sits near the base in a muted monochrome colour.

On the front, there is a tall display protected by Corning Gorilla Glass Victus, while the frame in the middle is metal. The phone also comes with dust and water resistance, thanks to the IP68 rating, making it a solid proposition.

Thanks to the matte finish of the device, it does not pick up smudges and scratches too easily and it also has a good grip. The phone feels light and easy to pocket. That said, it is missing those ‘S21 feels’. Yes, it comes in various shades (olive, graphite, lavender and white) but even those are not too out there to make it stand out. In fact, we would say that the design is more A series than S!

It may be more affordable but the Samsung Galaxy S21 FE actually brings more display real estate to the table than the Galaxy S21. The Galaxy S21 FE comes with a 6.4-inch tall full HD+ Dynamic AMOLED display with 120 HZ refresh rate and HDR10+ whereas the Galaxy S21 had a 6.2 inch one.

In the best Samsung tradition, the S21 FE’s display reproduces bright colours, rich contrast and is very beautiful to look at and use.

Three cameras on the back, one in front

The Galaxy S21 FE also features a triple camera unit on the back which comprises a 12-megapixel main sensor, another 12-megapixel ultrawide sensor and an 8-megapixel telephoto. In addition, there is a 32-megapixel front-facing camera as well.

The megapixel count on the rear cameras might disappoint some at this price point but Samsung has performed well with similar numbers in the past and its software often brings in the element of versatility. Moreover, the main camera and telephoto sensor have OIS so we can expect very good videos and decent low light photography as well.

Running on Exynos and OneUI

It still remains a mystery as to why Samsung chooses to often not launch Snapdragon-driven flagships in India, but as long as it does not hamper the performance of the device, we do not really mind which processor works in the background.

The phone comes with 5G support, making it future proof. It also comes with Android 12 out of the box which is a major selling point considering how few devices are running on the platform. That said, it is topped with Samsung OneUI 4, which is so full of functions and features that one would hardly be able to tell which version of Android lies beneath it.

Powering the phone is a 4,500 mAh battery which comes with support for 25 W fast charging and can be charged up to 50 per cent in 30 minutes as per Samsung’s claims.

There is also support for 15W wireless charging and reverse charging. We like the reverse charging feature in particular as it allows you to charge your miscellaneous devices like TWS without any fuss.

Samsung is following the ‘no charger in the box’ policy as the phone only gets a USB Type C cable with it, so you will have to invest in a charger for this one. Add it to the price later on!

The two phones may have similar names but the FE tag brings some changes to the anatomy of the original Galaxy S21. The first and foremost difference between the two phones is the display size.

The next big difference between the two devices comes in the camera department. Both phones come with two 12 megapixels main and ultrawide sensor but the third sensor on the Galaxy S21 is a 64-megapixel telephoto sensor while the one on the S21 FE is an 8 megapixel sensor which is a significant step-down. But that is pretty much it for the step-downs.

Competition for the S21 FE

With this price, the Samsung Galaxy S21 FE finds itself surrounded by competition and one of the biggest headaches for the phone is the OnePlus 9 which starts at Rs 49,999, features the Qualcomm Snapdragon 888 processor, 8 GB/ 12 GB RAM, 48-megapixel main camera sensor (with Hasselblad support), Warp Charge 65 faster-charging speed and a more premium design.

Another popular phone in the segment is the iPhone 12 which may be a generation old but can still beat many premium flagships in performance, camera and UI departments easily.

Those chasing specs would also be attracted to the Xiaomi Mi 11X Pro and the iQoo Legend 7, both of which come with Snapdragon 888 chips at lower prices.

The S21 FE right now seems one, like its name indicates, for the Samsung Fans who could not afford an S21. It has a lot of that flagship’s goodness and a lower price tag. That’s not a bad combination! 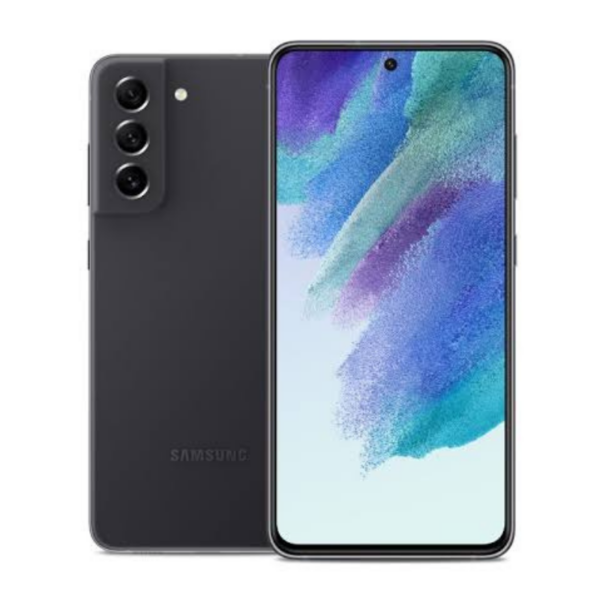