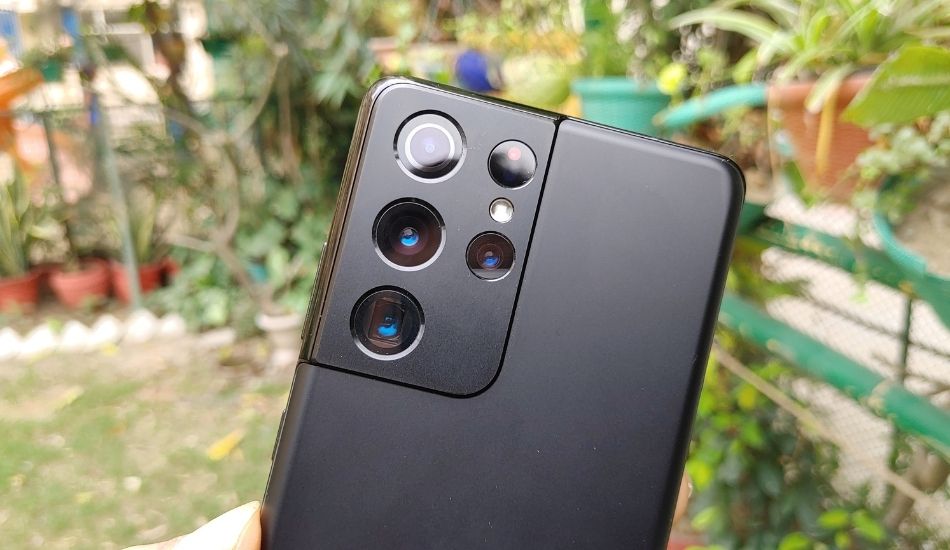 We have broken down the Samsung Galaxy S21 Ultra review into three segments: Hits, misses, and verdict. Read on to know more.

Samsung Galaxy S21 Ultra 5G has been launched in India sometime back, and we did take our sweet time to write its review. After all, the next flagship from Samsung is still a few months away.

We have broken down the Samsung Galaxy S21 Ultra review into three segments: Hits, misses, and verdict. Read on to know more.

The first and foremost thing that impressed me was the 6.8-inch AMOLED display of Galaxy S21 Ultra 5G, which offers rich and punchy colours and is incredibly bright. The QHD+ resolution is quite sharp and will be handy while reading text.

Additionally, the 120Hz adaptive refresh rate is a welcome addition because if the display doesn’t sense any touch, maybe when one is watching a video or reading some article, the refresh rate automatically scales down to 60Hz, saving power. Samsung claims it can go down to 10Hz, but we haven’t tested it. 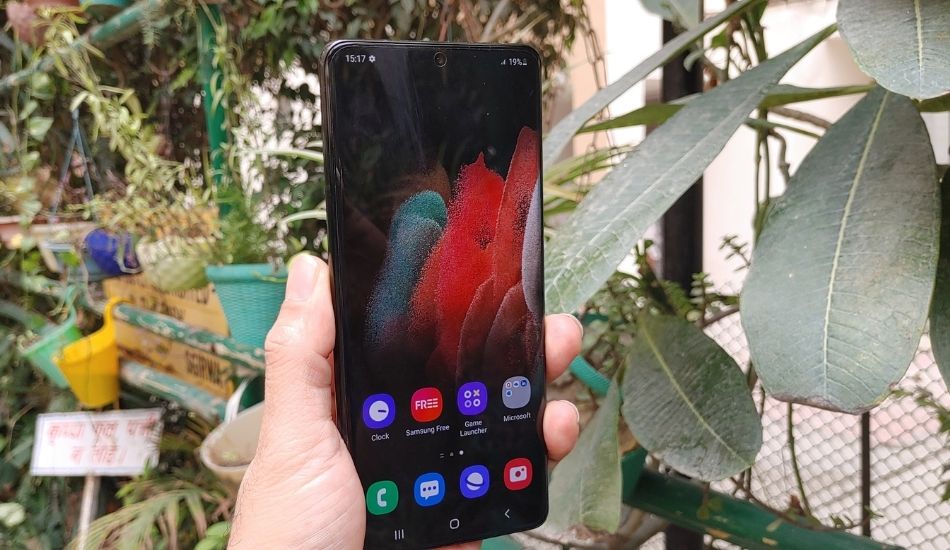 The Indian version of Galaxy S21 Ultra 5G is powered by Samsung’s Exynos 2100 5G SoC, equivalent to Qualcomm’s Snapdragon 888 SoC as far as fabrication process and the types and number of ARM CPU cores used. So does its performance live up to expectation? Lets first talk about gaming. S21 Ultra 5G can smoothly run graphically intensive games such as Asphalt 9: Legends and Call of Duty: Mobile at the QHD+ resolution without any hiccups or frames drops.

Multitasking and even video editing were trouble-free, and I can safely say the performance was as expected.

Audio is one of the most neglected features in most smartphones, but in S21 Ultra the stereo speakers and Dolby Atmos enhancement provided an immersive sound experience.

Samsung has loaded its flagship smartphone with features like a new-generation ultrasonic fingerprint sensor, IP68 rating so that it is dust and water-resistant and Samsung Pay. During my usage, face unlock and fingerprint sensor were fast and were almost 100% reliable.

The Galaxy S21 Ultra’s display and body are made of Corning’s latest Gorilla Glass Victus, preventing the device from getting minor scratches in day to day usage.

The 5,000mAh battery capacity in S21 Ultra look average in terms of numbers but can easily last for a day of heavy usage when the display is set to QHD+ and the 120Hz adaptive refresh rate enabled. Additionally, with lighter use, one can expect a day and a half output. 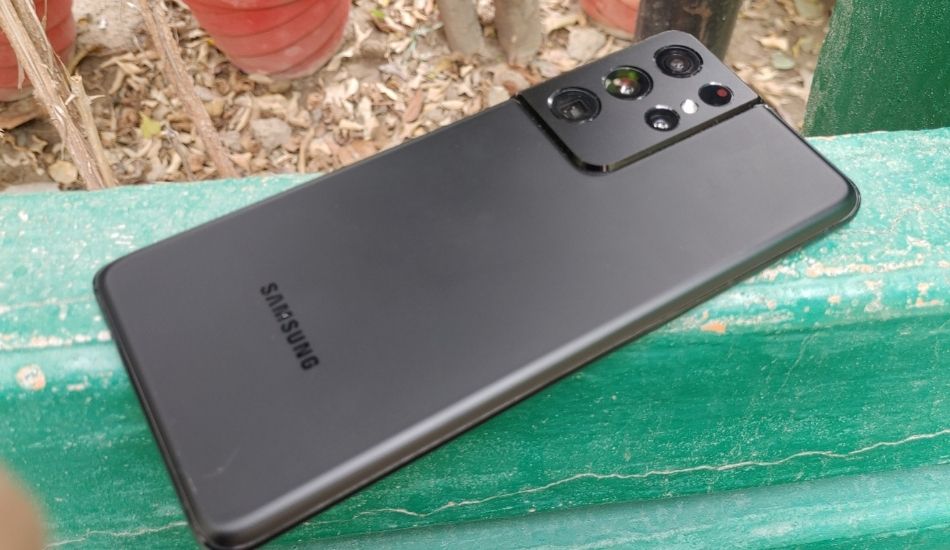 The major hit of the smartphone is its camera. The new ISOCELL Bright HM3 108MP sensor comes with improved focusing and low-light performance, especially when a new laser-guided focus assists.So compared to last year’s model, 108MP primary sensor has a much better focusing performance. Locking on a subject has become relatively smooth.The pictures captured in decent lighting have a good amount of detailing without oversharpening the shots. Even the colours have a slightly better natural tone, and saturation levels have been kept at a minimum compared to S20 Ultra. 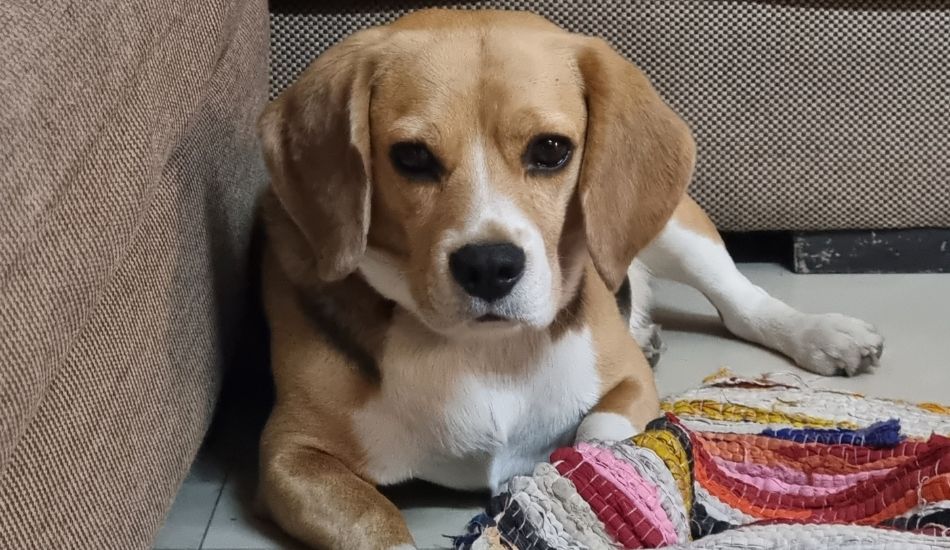 In the video department, all the camera in Galaxy S21 series phones can record video at 4K at 60fps, and 8K at 24fps recording feature makes a return.

The new Director’s View mode in video recording is an interesting add on that lets you capture with both the front and back cameras simultaneously, thus adding a new dimension to the shots you are capturing. One can grab a close shot or a wide-angle shot at one go. 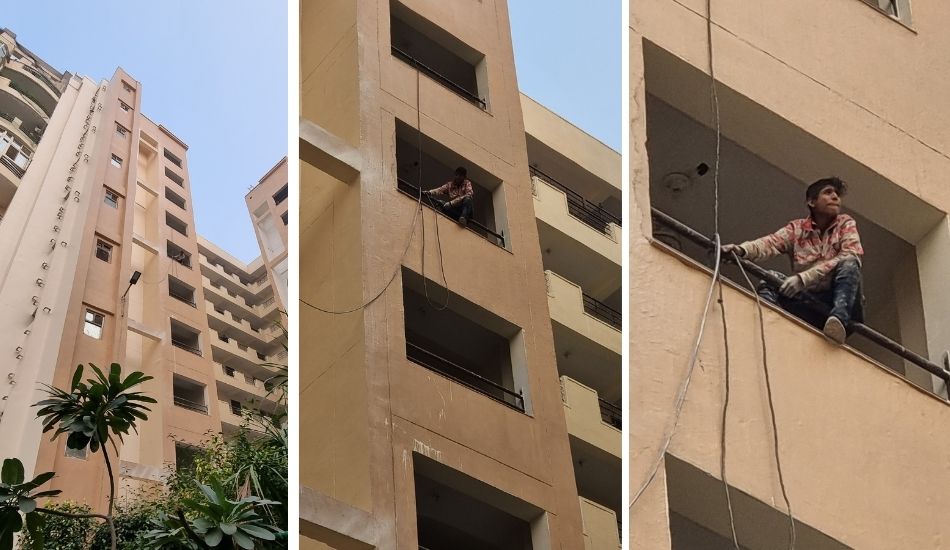 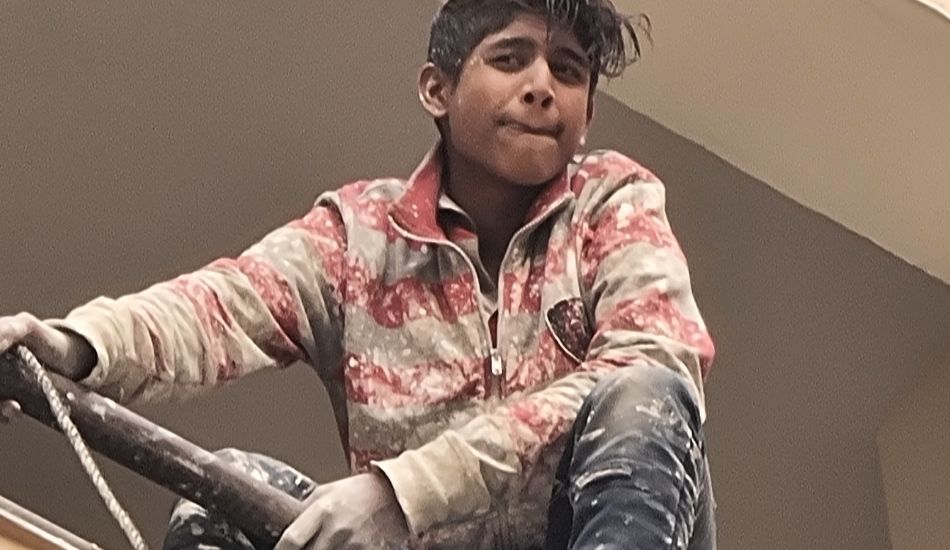 If we talk about zoom shots the 3x, 10x, and 30X capture amazing pictures with a lot of detailing in well-lit conditions. Even 100X zoom, which is like having a telescope in your pocket, captures the subject quite well, but don’t expect grainless shots. The exciting feature added to capture zoom shots is the new ‘tripod lock’ feature. It helps is locking the subject to avoid shakes which will result in shooting blurry pictures. 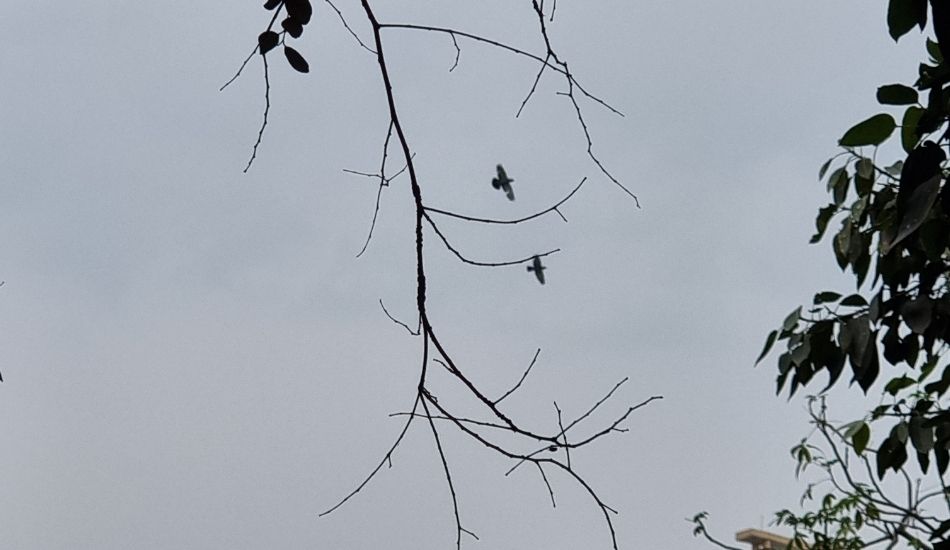 Even the selfie camera can shoot 4K video at up to 60fps and captures impressive video and still. The Color and sharpness are as good as we get from the rear camera module. 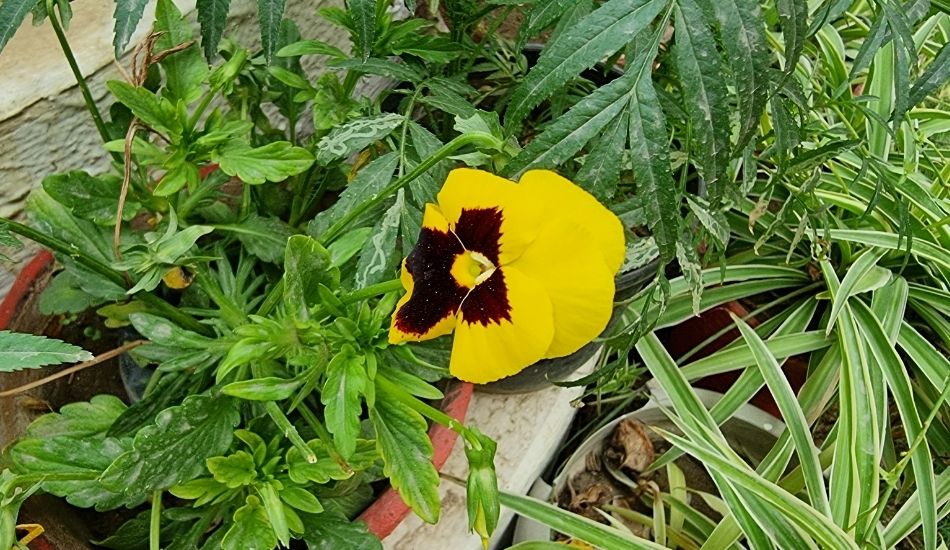 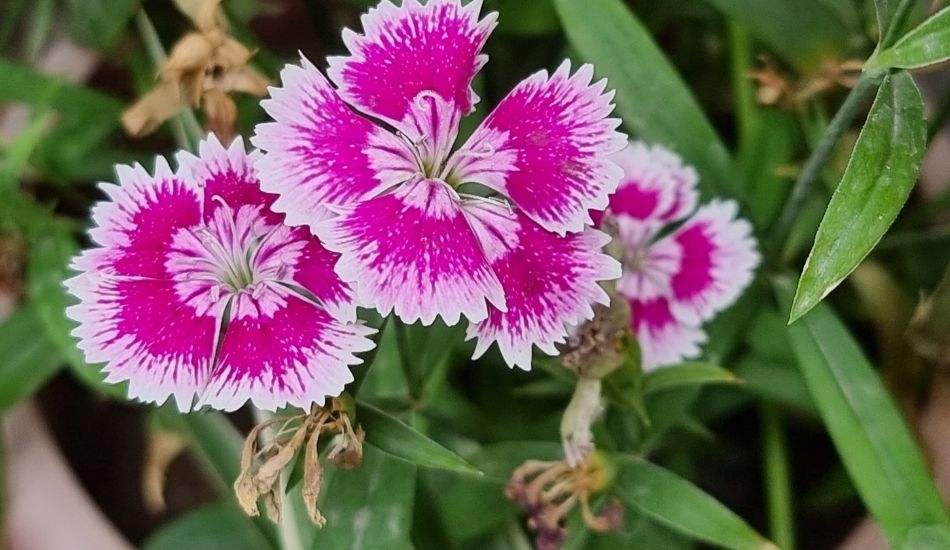 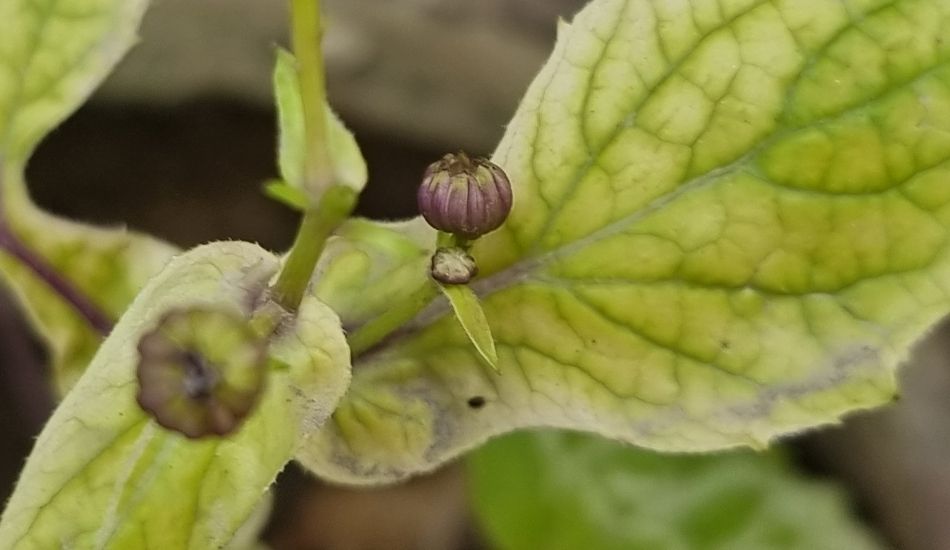 The Samsung Galaxy S21 Ultra 5G runs a new and improved OneUI 3.1, which is based on Android 11. It is smooth and gives a lag-free performance. The smartphone also supports SPen, and during my review, I was able to take quick notes and explore Air Command options as I could do in the Note series.

In Samsung Galaxy S21 Ultra 5G the upper half of the metal frame does heat up very quickly when gaming and using the camera. Though it never got uncomfortably hot for me or degraded the performance, it is a disappointment in a flagship smartphone.

The biggest issue for me in Galaxy S21 Ultra 5G was the absence of a charger and super-fast charging as it supports only 25W. When I used a 25W adapter during charging, I was able to 70 percent charge in around one hour. It is fast but not the fastest.

As far as the camera is concerned, portrait mode photos generally looked good, but if there are too many details behind a subject edge detection, that is not smooth. Also in the Portrait video mode, one has to very careful with the lighting. Otherwise, the video will have a bokeh effect which will look superficial, and a lot of times, the software will not recognise edges.

In the last few months lot of debate has been going around ad on smartphones. Many smartphones from different brands are displaying them, and what is surprising is the Flagship smartphone from Samsung is showing ads. 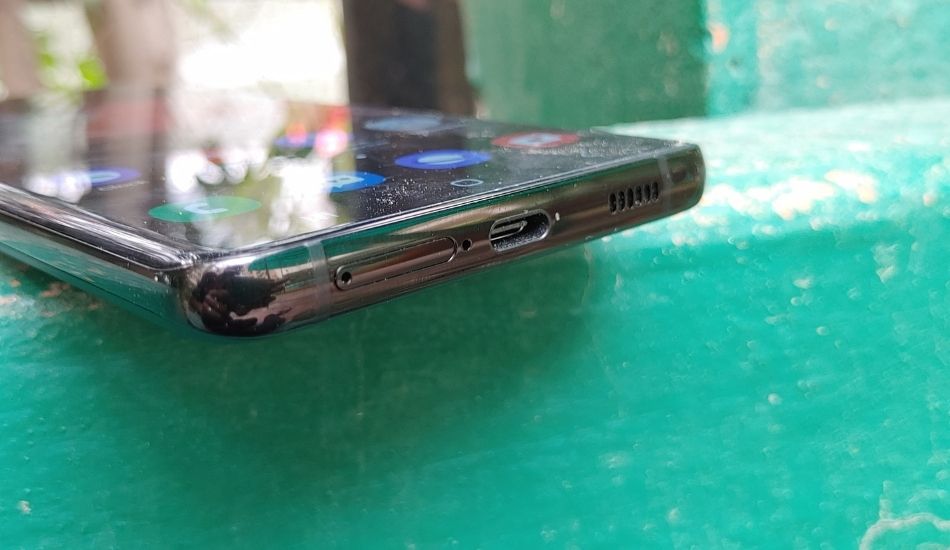 Despite unchecking all the boxes to not receive marketing information from Samsung, I did get some spam notifications from the Samsung Shop app when I started using the Galaxy S21 Ultra 5G, but thankfully it stopped after a couple of days. However, I was shocked to see third-party ads in some of Samsung’s apps, such as Game launcher and Weather. They were static ads, but ideally, one doesn’t expect them in a flagship smartphone.

Another disappoint that loyal Samsung buyer may feel is the absence of a headphone jack and microSD card slot.

The Samsung Galaxy S21 Ultra starts has a premium price tag attached to it. At Rs 1,05,000 one can 12GB RAM + 128GB storage variant while the 16GB + 512GB variant is priced at Rs 1,16, 999. I can without a doubt that it is the best premium smartphone in the Indian market right now. The camera, display and overall performance are top-notch but the ads in the UI and lack of charger are a big disappointment.