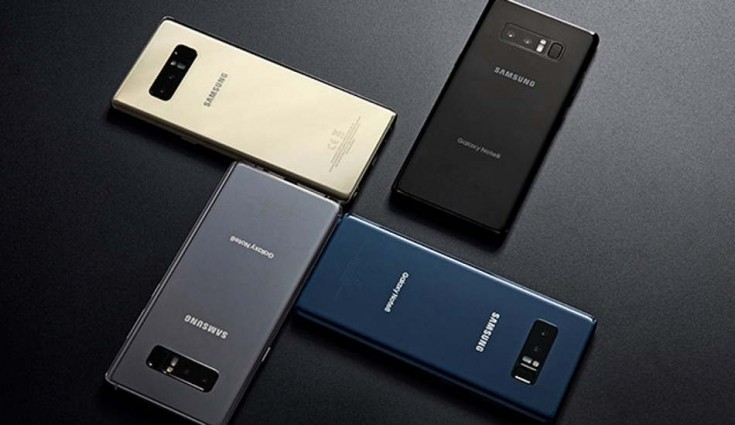 Samsung Galaxy Note 9 will carry a price tag of PLN 4,299 which is approx. 79,370 for the base variant with 6GB of RAM and 128GB of internal storage. This price hints that the pricing will start at the same price as its predecessor - Galaxy Note 8.

The South Korean giant Samsung will be announcing Galaxy Note 9 at an Unpacked 2018 event on August 9 at the Barclays Centre in Brooklyn, New York. Now ahead of the launch, alleged price of Samsung Galaxy Note 9 has leaked online.

A Polish website has published the price and release date of Galaxy Note 9. The report further mentions that a Samsung employee who attended a pre-briefing has shared this piece of information.

As per the spokesperson, Samsung Galaxy Note 9 will carry a price tag of PLN 4,299 which is approx. 79,370 for the base variant with 6GB of RAM and 128GB of internal storage. This price hints that the pricing will start at the same price as its predecessor – Galaxy Note 8.

The smartphone will be available for the Polish market on August 24 while the preorders will start on the same day of its announcement i.e August 9.

Meanwhile, a new Samsung Galaxy Note 9 poster has also been leaked by tipster Ice universe @IceUniverse leakster on his Twitter handle. The tweet shows the Galaxy Note 9 in Purple colour with the golden or Yellow coloured S Pen.

From the image, it seems that will come with a button on its surface along with a clicker on the bottom. On the other hand, the Note 9 will have a USB Type-C port, speaker grill, headphone jack, and a slot to hold the S Pen. The rear side shows the dual rear cameras below which lies the fingerprint sensor along with Samsung branding.

As per an earlier report, the S Pen will include Bluetooth support and it can be used to control long-range self-timer for the camera and control music playback. Recently major specs and features of the upcoming flagship smartphone surfaced online.

Russian Tipster Eldar Murtazin revealed the specifications in a hands-on post of the device. Eldar has claimed to have spent some time with the pre-production unit of the Note 9 in the U.S to evaluate the software and hardware. He also revealed that the Note 9 to be very similar to the Note 8 in terms of design. The Galaxy Note 9 will have a similar curved Super AMOLED-backed Infinity Display with 18:5:9 aspect ratio like Galaxy Note 8. He has claimed that the display will offer improved sunlight visibility as compared to its predecessor.

There will be horizontally aligned dual rear cameras and a fingerprint sensor at the back of the device. The phone is also rumoured to use improved ISOCELL technology and optical image stabilization (OIS) for low light photography. For the storage, Murtazin revealed that the low-end variant will come with 6GB RAM and 128GB internal storage. There will be an 8GB RAM variant which will come with two storage options of 256GB and 512GB. All the variants will support expandable memory via microSD cards. The phone will include Qualcomm’s Snapdragon 845 SoC (US and South Korean market) and in-house Exynos 9810 processor for other global markets including India.