Samsung Galaxy M33 India launch is set to take place on April 2. The price of the upcoming handset have now been leaked. 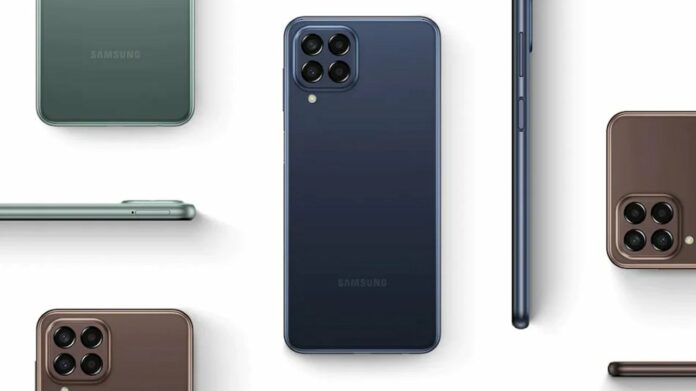 Samsung Galaxy M33 5G will be launching in India on April 2. Now ahead of the launch, the price of the upcoming Samsung smartphone has been leaked online.

The leak further says that the interested buyers can get up to a maximum discount of INR 2,000. In addition, the handset is said to come in Blue, Brown, and Green colour options.

Moreover, Samsung has already confirmed that the smartphone will be available for purchase via the Samsung India e-store and Amazon India.

The Galaxy M33 has a quad rear camera setup, including a 50-megapixel primary sensor with f/1.8 aperture lens, a 5-megapixel ultra-wide camera with f/2.2 lens and two 2-megapixel macro and depth cameras with f/2.4 lenses. There is an 8-megapixel front camera paired with f/2.2 lens for selfies and video calls.

The Galaxy M33 has a 6000mAh battery with support for 25W fast charging. It features Samsung Knox and a side-mounted fingerprint sensor for security. Besides, the phone runs on OneUI 4.1 based on Android 12 out of the box.

Additionally, it will also feature a side-mounted fingerprint sensor along with a 3.5mm headphone jack. Lastly, the phone measures 165.4 x 76.9 x 9.4mm and weighs 215g.