An unannounced Samsung smartphone which goes by the name ‘Samsung Galaxy J7 (2018)’ with model number “SM-J737P” has been spotted on a GeekBench benchmarking website. The listing has thrown some light on the expected specifications of the upcoming smartphone. 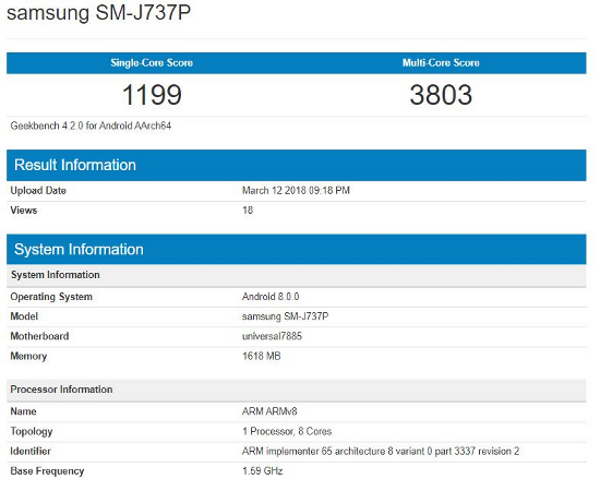 Recently, Samsung Galaxy J8+ and Galaxy J8 smartphones were also spotted on same GeekBench website. As per the listing, the Samsung Galaxy J8+ has 4GB RAM and Qualcomm Snapdragon 625 1.80 GHz octa-core processor. The handset is based on the Android 8.0.0 Oreo operating system. The J8, on the other hand, has Exynos 7870 processor. Additionally, it packs 3 GB RAM and runs on Android Oreo operating system. It is likely to have Mali T830.