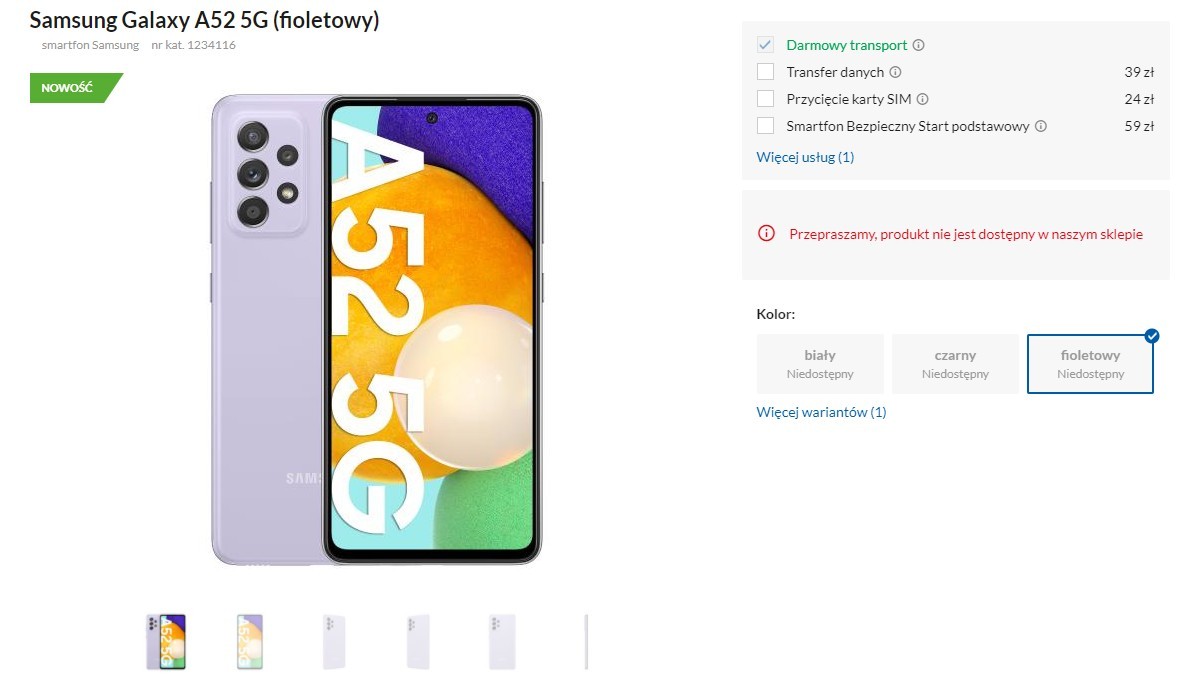 Samsung Galaxy A52 5G will come with a 6.5-inch Super AMOLED display with a 120Hz refresh rate. The phone is rumoured to be powered by the Qualcomm Snapdragon 750G with 6GB of RAM and 128GB storage.

Samsung ‘Galaxy Awesome Unpacked’ event will be held on March 17 in which the company is likely to announce the Galaxy A72 and Galaxy A52 smartphones. Now ahead of the launch, Galaxy A52 5G was accidentally listed online by Polish and German retailers.

Both the phones are expected to come in 4G and 5G variants. Only the 5G version of the Samsung Galaxy A52 was listed att PLN 1900 (approx. Rs 35,800) but the listing has now been taken down, via GSMArena. The listing also revealed key specifications of the upcoming phone. The phone was also spotted on Amazon Germany with a listing price of 449.28 Euros (approx. Rs 38,900).

It will be equipped with a quad-camera setup consisting of a 64-megapixel primary camera, an 8-megapixel ultra-wide angle camera, a 5-megapixel macro camera and a 2-megapixel depth sensor. At the front, it has a 32-megapixel selfie shooter.