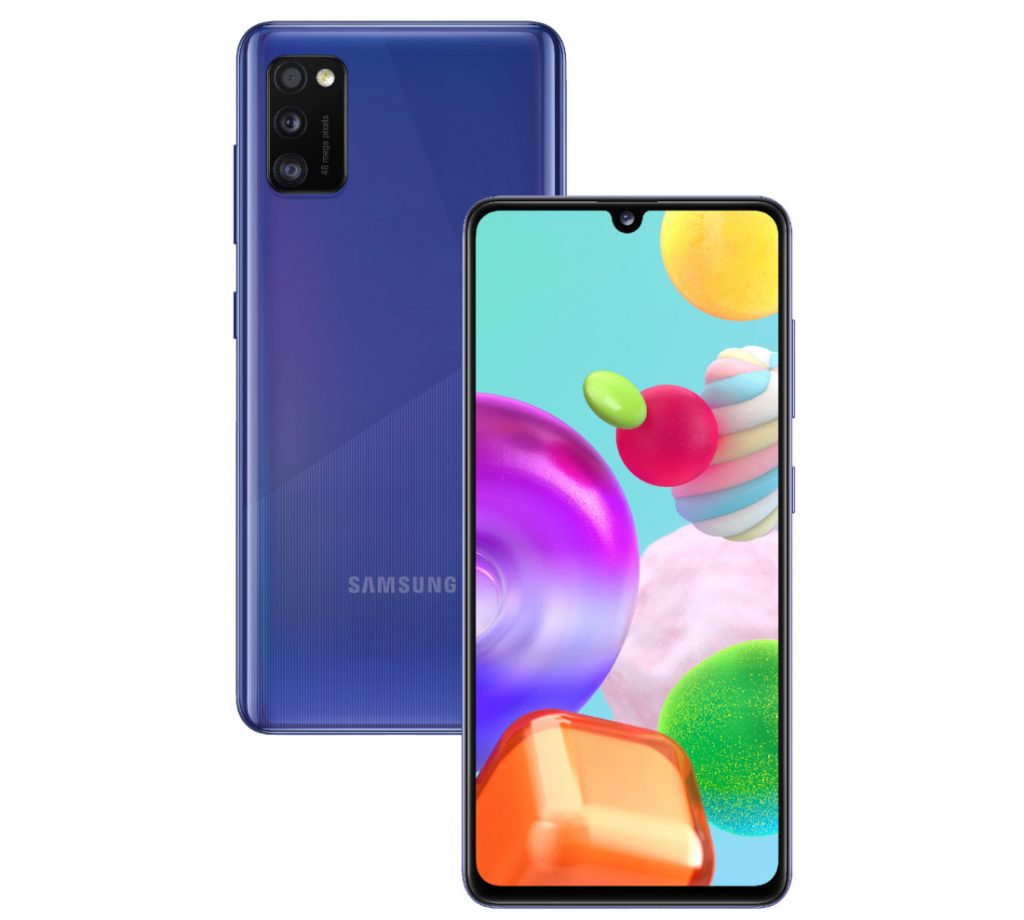 The Samsung Galaxy A41 runs on Android 10 with company’s custom user interface OneUI 2.0 running on top of it.

The Galaxy A41 features a 6.1-inch Full HD+ Super AMOLED Infinity display with a screen resolution of 2340 x 1080 pixels. The smartphone is powered by an Octa Core (Dual 2.0GHz + Hexa 1.7GHz) processor along with 4GB of RAM and 64GB of internal storage. The memory is expandable up to 512GB via micro SD card.The device is loaded with an in-display fingerprint sensor.