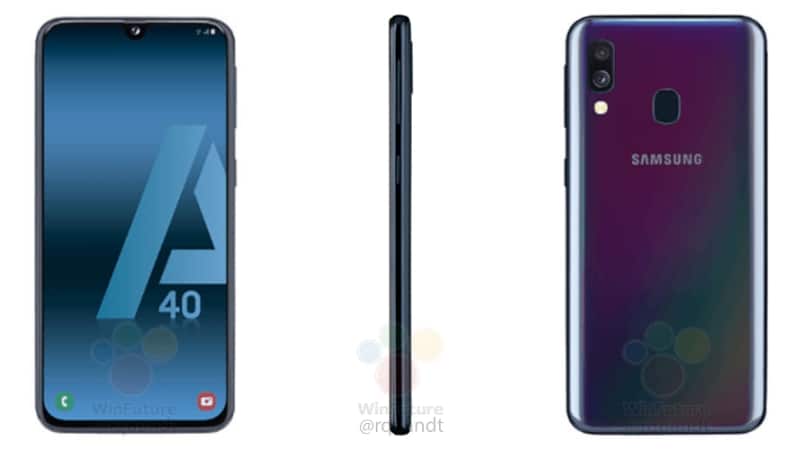 Samsung Galaxy A40 will feature an Infinity-U display with a waterdrop-style notch and a shiny plastic back.

Samsung has scheduled a launch event on April 10 where it will introduce new Galaxy A series of smartphones which are most likely to be Galaxy A90 and Galaxy A40. Now the press renders of the Galaxy A40 (SM-A405F) smartphone have surfaced online.

There is a USB Type-C port at the bottom along with a speaker grille and a 3.5mm audio jack. The volume rocker and power button are placed on the right side of the smartphone.

The report further revealed that the Samsung Galaxy A40 is expected to feature a 5.7-inch screen. It will be powered by Exynos 7885 SoC coupled with 4GB of RAM, and 64GB of onboard storage. On the software front, the phone is said to be running on Android 9 Pie. The phone will reportedly come with 4,000mAh battery and will be offered in Black, Blue, Coral, and White colours. 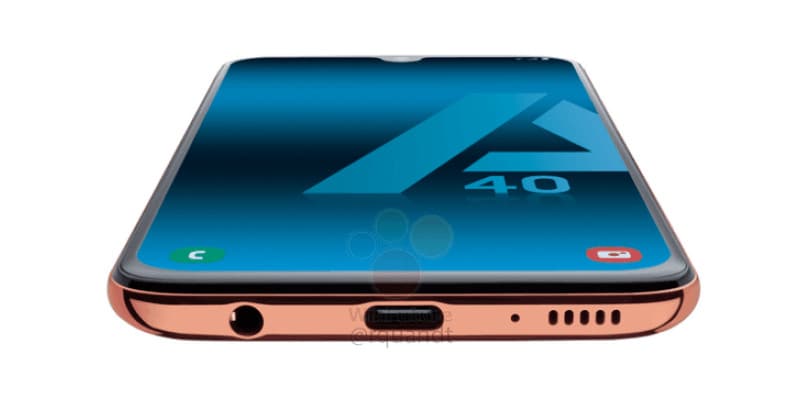 As far as pricing is concerned, the report reveals that the Galaxy A40 may be priced around EUR 250 in Europe (roughly Rs 20,300). The smartphone recently received WiFi certification from the WiFi Alliance (WFA) and the FCC certification as well.

Meanwhile, Samsung introduced a new addition to its Galaxy A-series with the launch of the Galaxy A20. The Galaxy A20 has been listed on Samsung Russia’s official store for a price of RUB 13,990 (approx. Rs 14,900) and it remains to be seen whether the device will tag along with other phones of the A-series in India.