The renders for the Galaxy A34 have now been leaked and the device could come with a triple rear camera setup. 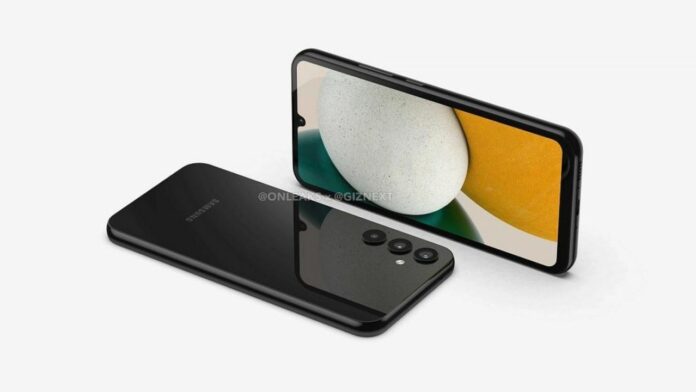 The leaked renders of the A34 show us the device from every angle. The design language also seems similar to that of the Galaxy S23 series renders. At the rear, it will have a triple rear camera setup alongside an LED flash. Apart from that, the source of the leak, which is OnLeaks, suggests that the A34 measures 161.3 x 77.7 x 8.2 mm.

Further, it comes with a 6.5-inch flat display and an “Infinity-U” waterdrop notch. However, on the Samsung Galaxy A54 and the S23 series, you will get to see a hole-punch as they are higher-end devices in comparison to the Galaxy A34.

Furthermore, the A34 has a 3.5 mm headphone jack on its bottom, a fingerprint sensor embedded in the power button, and will be offered in black colour, among other options.

The specifications of the smartphone are under wraps as of now. However, reports suggest that the A24, A34, and A54 are will come with a triple camera setup comprising a main sensor, an ultra-wide-angle lens, and a macro lens.

It is expected that the Galaxy A54 will be joined by the A34 during the launch event that is expected to take place in January of next year. As for the price, the A34 could be priced below Rs 30,000.