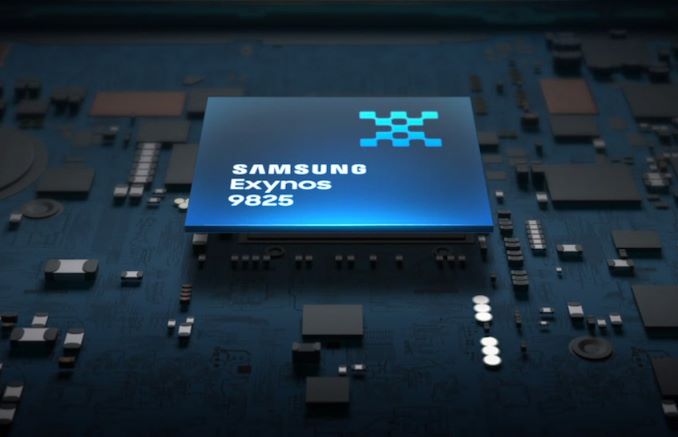 Samsung has officially introduced the Exynos 9825 chipset ahead of Galaxy Note 10 launch. The new chipset will debut with the Galaxy Note 10 series and it is world’s first chipset to made using 7nm EUV technology.

The chipset is loaded with an integrated Neural Processing Unit (NPU/0, which is various AI use cases in photography, augmented reality and more. The NPU allows enhanced object recognition for optimised photos and it could also pave the way for faster app pre-loading time.

The processor is equipped with the CPU cluster that consists of two M4 Cheetah cores, two CortexA-75 cores and four Cortex A-55 cores. Although Samsung has not revealed the clock speed, it is said to feature the same speed as seen in Exynos 9820 chipset. This means that M4 cores will be clocked at 2.73GHz, Cortex A-75 cores at 2.4GHz and Cortex A-55 cores at 1.95GHz.

The chipset is loaded with Mali-G72MP12 GPU, which is said to enhance gaming experience in the upcoming smartphone. It is loaded with Shannon 5000 LTE modem with Cat.20 downlink and Cat.13 uplink. 5G connectivity can be added when it is paired with the Exynos Modem 5100. The Exynos 9825’s multi-format codec (MFC) supports up to 8K Ultra HD video encoding and decoding with diverse codecs including 10-bit HEVC (H.265) that can generate 1,024 different tones for each primary colour.