Users will be able to share the screens from one BlackBerry 10 based device to other for viewing photos, presentations or even browsing together.

The BlackBerry 10 operating system will bring a new screen sharing feature to the BlackBerry smartphones, a website (CrackBerry) has reported. 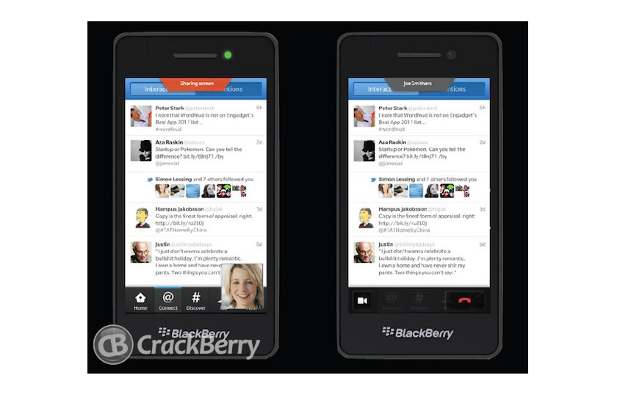 Research In Motion (RIM) has recently announced and gave a sneak peek to the BlackBerry 10 operating system earlier this month at the BlackBerry World 2012 conference. 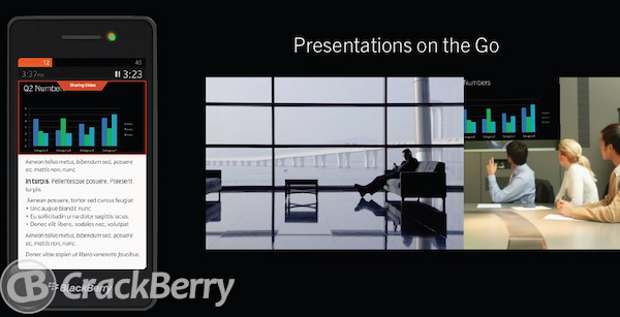 The exact mechanism for sharing the screen has not been mentioned but from the mockup image, it is evidential that it would be more like collaborative viewing. Two BlackBerry 10 devices can share whatever is happening on the screen with a simple screen sharing request. Apparently, a user can share the exact screen from one BlackBerry 10 device to another and also continue using it. 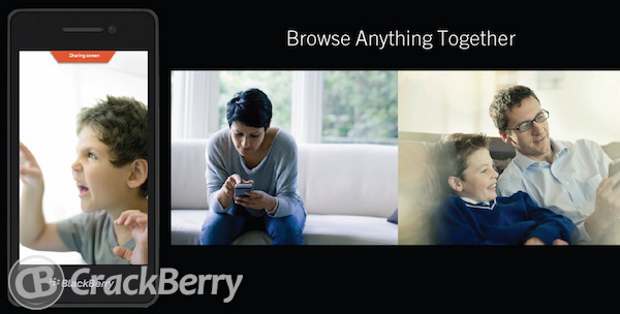 Users can rely on this feature for showing presentations, sharing pictures or simply browsing together. Concept is sharing all activities of from one device to another virtually and without sharing any physical data. Screen-sharing is very interesting feature which is also present in the Skype Desktop app.

As of now, we don’t know the process and requirements to initiate a Screen Sharing – whether it will be number based, email address based, or BlackBerry PIN based. More details can be expected once the BlackBerry 10 based device is launched.