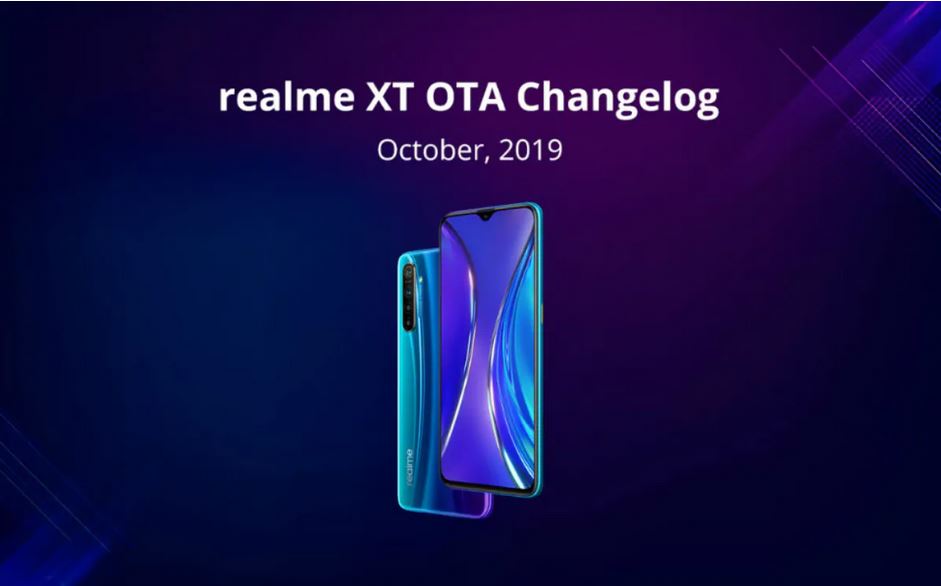 The Realme XT update brings Dark Mode and optimised system interface along with some other improvements.

Realme has started rolling out a new update to its Realme XT smartphone. The update brings Dark Mode and optimised system interface along with some other improvements.

Further, the update also brings wide-angle video recording. It fixes the flash colour abnormality in a few scenes. It also fixes the white balance instability in some scenarios.

Realme in its forum post has mentioned that the latest software update for the Realme XT is currently available through a “staged rollout”.

“The OTA will be randomly pushed out to a limited number of users today and will have a broader rollout in a few days after making sure there are no critical bugs. If no critical bugs are found, the full rollout will be completed in the upcoming days,” the company said in its forum post.

Realme XT last month received its software update. The update improved the quality of photos, performance for camera previews, and bumped up the Android security patch of September month.

Realme XT: Things you should know!

Realme XT features a 6.4-inch Super AMOLED display with a waterdrop notch design, Gorilla Glass protection and in-display fingerprint sensor. It runs on Android 9.0 based on ColorOS 6.0 and comes packed with 4000mAh battery along with VOOC 3.0 flash charge support. It is powered by a Qualcomm Snapdragon 712 AIE processor along with Adreno 616 GPU.

On the connectivity front, there is 4G VoLTE, Type-C port, WiFi, Bluetooth 5.0 and GPS/ A GPS. The phone is loaded with HyperBoost 2.0 technology that consists of System Boost, Game Boost and App Boost. It also has face unlock feature as well.

Realme XT sports a quad-camera module which houses a 64-megapixel Samsung ISOCELL Bright GW1 sensor with an f/1.8 aperture and electronic stabilisation, an 8-megapixel wide-angle camera, a 2-megapixel macro camera, and a 2-megapixel depth sensor for portraits. For the front, it has a 16-megapixel sensor for selfies and video calls.