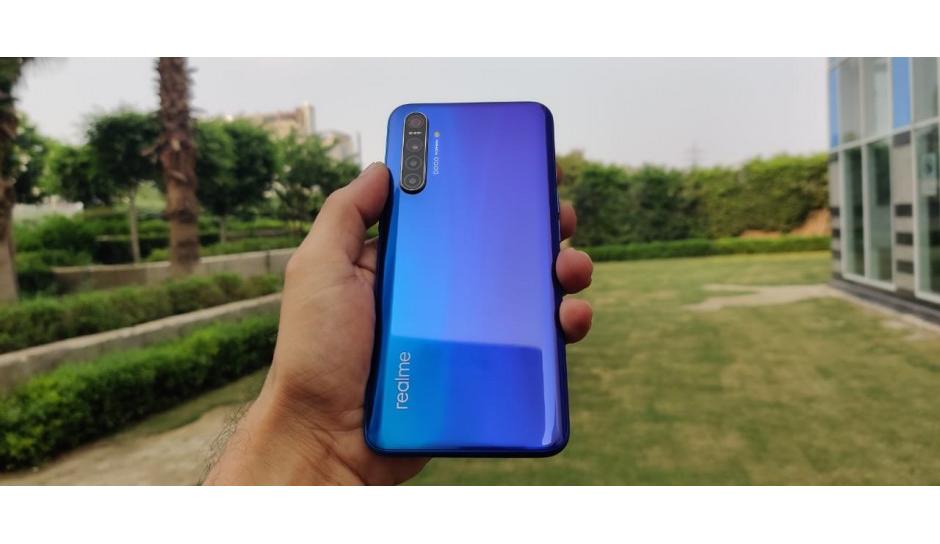 The Realme XT update improves the quality of photos, performance for camera previews, and bumps up the Android security patch level on the XT to September 5, 2019.

The new ColorOS 6.0 update is 270MB in size and it comes with version number RMX1921EX_11_A.10. The update improves the quality of photos, performance for camera previews, and bumps up the Android security patch level on the XT to September 5, 2019. 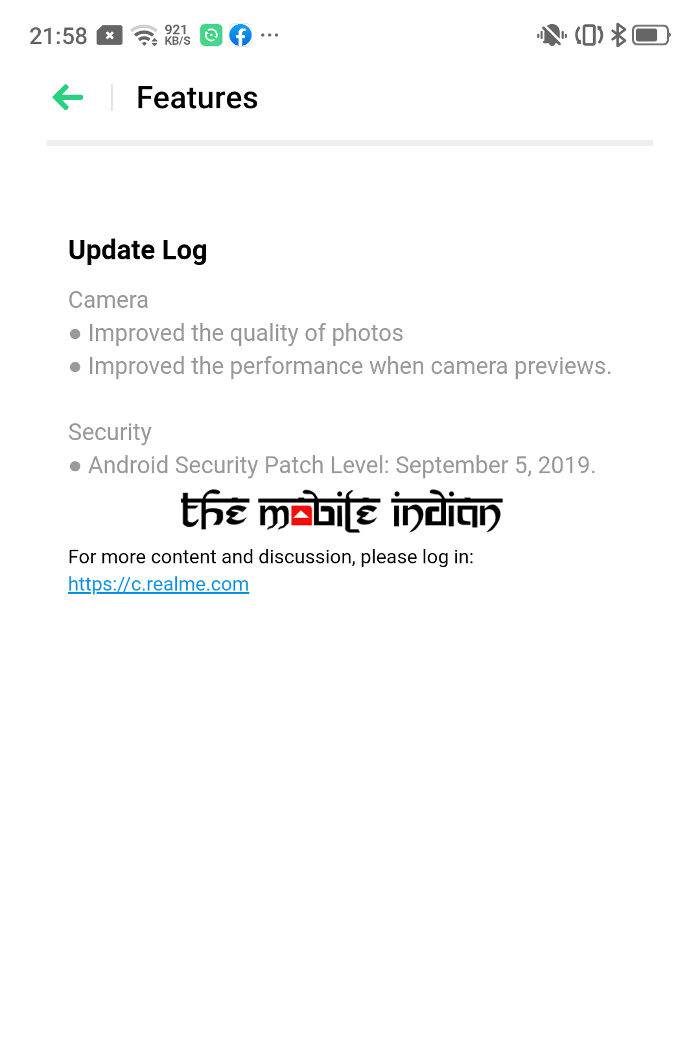 The update is now available as an over-the-air update and will roll out to all Realme XT users in the coming few weeks. One can also check for the latest update by going to Settings > Software Update > Download and Install.

Realme XT sports a quad-camera module which houses a 64-megapixel Samsung ISOCELL Bright GW1 sensor with an f/1.8 aperture and electronic stabilisation, an 8-megapixel wide-angle camera, a 2-megapixel macro camera, and a 2-megapixel depth sensor for portraits. For the front, it has a 16-megapixel sensor for selfies and video calls.

Realme XT: Things you should know!

Realme XT features a 6.4-inch Super AMOLED display with a waterdrop notch design, Gorilla Glass protection and in-display fingerprint sensor. It runs on Android 9.0 based on ColorOS 6.0 and comes packed with 4000mAh battery along with VOOC 3.0 flash charge support. It is powered by a Qualcomm Snapdragon 712 AIE processor along with Adreno 616 GPU.

On the connectivity front, there is 4G VoLTE, Type-C port, WiFi, Bluetooth 5.0 and GPS/ A GPS. The phone is loaded with HyperBoost 2.0 technology that consists of System Boost, Game Boost and App Boost. It also has face unlock feature as well.