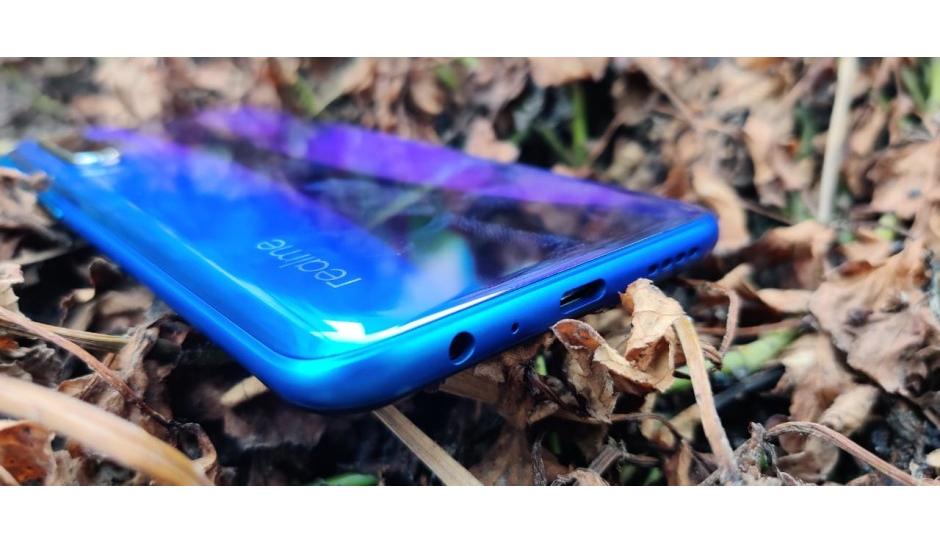 Realme X2Pro could be the Snapdragon 855 powered flagship phone from Realme.

UPDATE: The company has now confirmed that will Realme X2Pro come with a 90 Hz screen refresh rate which can be toggled between 60 Hz and 90 Hz.

Realme announced the Realme X2 with Snapdragon 730G last week in China. Now seems like a Pro variant will also be unveiled sooner.

Chief Marketing Officer, Xu Qi Chase has revealed via a Weibo post that the first Realme flagship with Snapdragon 855 Plus is coming soon, and its code name is Super Warrior/Samurai. He posted the message with a device called “Realme X2 Pro Super Samurai”, which confirms the name of the upcoming device.

It is now being speculated that the Realme X2Pro could be the Snapdragon 855 powered flagship phone from Realme. Also, Xu Qi used the unreleased Realme X2Pro to add a new Weibo post. 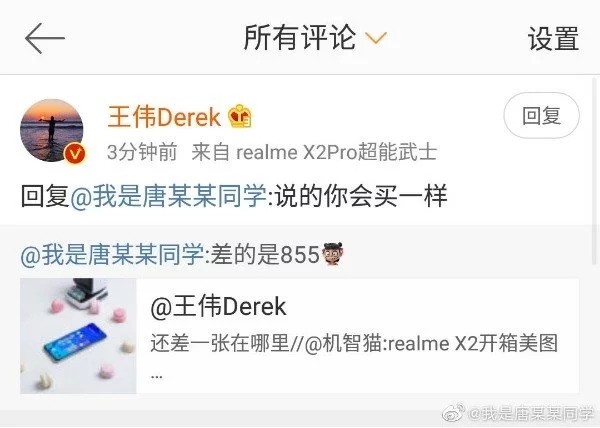 Separately, Realme China’s Product Director Wang Wei Derek has been spotted using Realme X2Pro for posting on Weibo. However, the post was deleted soon after. Derek has also revealed that the Realme’s X2Pro will support only 4G connectivity. He had asked fans to guess the price of the device and in response to one of the fan’s comment, he teased that the phone might cost around RMB 4000 (around Rs 39,700). 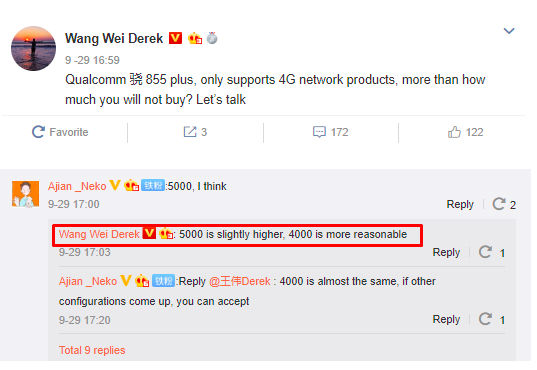 At present, there is no information on the specifications of the Realme X2Pro. As per a reliable Chinese tipster, Realme X2Pro will be launched in mid-October.

Recently, a Realme phone with model number RMX1931 was spotted on Bluetooth Special Interest Group (SIG) listing. As per the listing, the Realme RMX1931 features a 6.55-inch Full HD+ display. It’s powered by a Qualcomm processor clocked at 2.84GHz which is likely to be Snapdragon 855 SoC. The phone will be running on ColorOS 6.0 based on Android 9 Pie OS and it will carry support for Bluetooth 5.0 and dual-band Wi-Fi connectivity.