Realme Narzo 50 5G Renders have been revealed which gives some important information about the design of the phone. 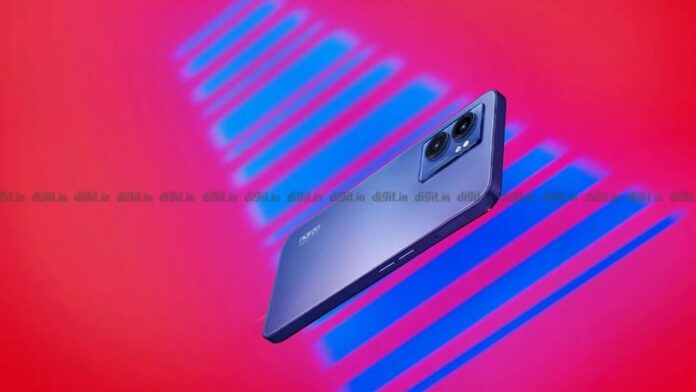 According to a report by Digit, the Realme Narzo 50 5G will sport a rectangular camera module with two cameras along with a dual-LED flash. The rear of the device will also have Narzo logo on the bottom left corner. It is tipped to come in at least a Blue colour. The phone is also reported to make debut in a Black option as well.

Further, the report has revealed that the Realme Narzo 50 5G will be 8mm thick. In addition, the rear panel of the device will be inspired by the Kevlar Speed texture.

ALSO READ: Realme Techlife Watch SZ100 will launch in India on May 18

As per the leaks, the phone will feature a 6.58-inch Full-HD+ AMOLED display with a 90Hz refresh rate. Under the hood, the phone will pack an octa-core MediaTek Dimensity 810 processor. Further, the chipset will be paired with up to 6GB of RAM and 128GB of storage.

The smartphone will be fueled by a 4800mAh battery that supports 33W fast charging on the battery front. Besides, it is expected to run on Realme UI 3.0 based on Android 12.

Realme India will hold a digital launch event on May 18 at 12:30pm IST. The event will be available to stream live on its official YouTube channel and Facebook page. Apart from Realme India’s official site, both handsets will also be available on Amazon India for purchase. 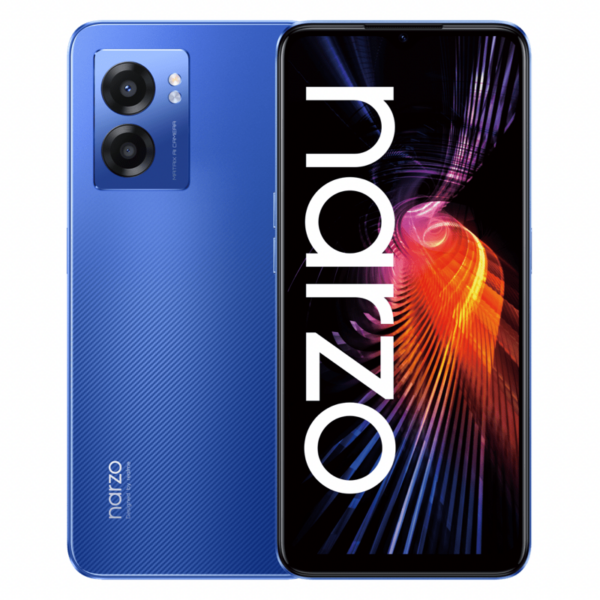