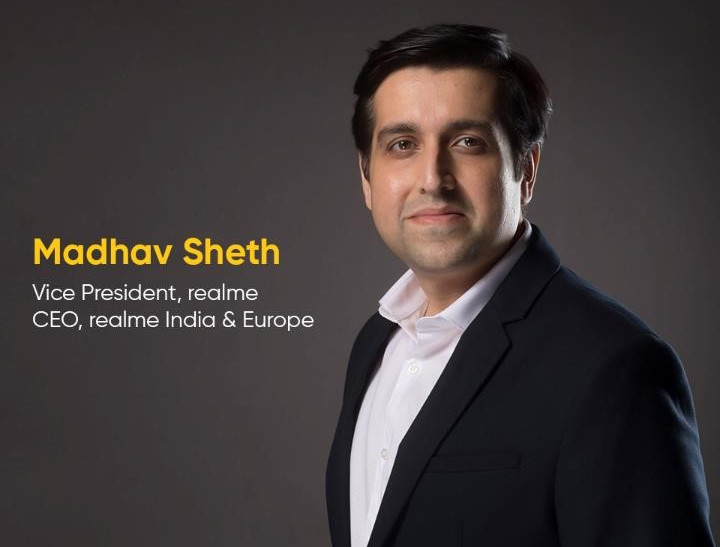 Realme aims to position Realme as one of the top 5 smartphone brands in Europe.

Madhav Sheth, Vice President Realme and CEO, Realme India has been elevated to now head the brand’s presence and business operations in the Europe region. Besides leading the Europe mandate, Madhav will continue to be the CEO of Realme India, as well.

Under the new designation of Vice President, Realme and CEO, Realme India and Europe, Madhav will lead the product, marketing and sales functions in the Europe market, starting with the countries of Spain, France, Germany, Poland, and the Czech Republic.

Realme aims to position Realme as one of the top 5 smartphone brands in Europe. In a statement, the company said, the development reaffirms Realme’s vision to penetrate deeper into the promising smartphone industry in Europe and globally, aided by cutting-edge technology, innovative products and superior servicing.

Madhav Sheth, along with co-founder Sky Li founded Realme in May 2018, and has since then successfully expanded to 59 regions and across five continents. Realme has added 15 million users in the first half of the year, resulting in 45 million users globally. Realme has also emerged as one of the top four smartphone brands in India, Thailand, Cambodia and Egypt, and is amongst the top five in Myanmar, Philippines, Ukraine, Indonesia and Vietnam, according to Counterpoint Research and IDC.

Realme recently announced its new 1+4+N product strategy, which comprises one core product (smartphones), complemented by four major groups of lifestyle devices (speakers, earphones, TVs and watches) and “N” types of smart accessories, smart home devices and lifestyle products. The brand is on track to launch over 50 AIoT products this year and is preparing to add over 100 AIoT products to its portfolio in the next year.