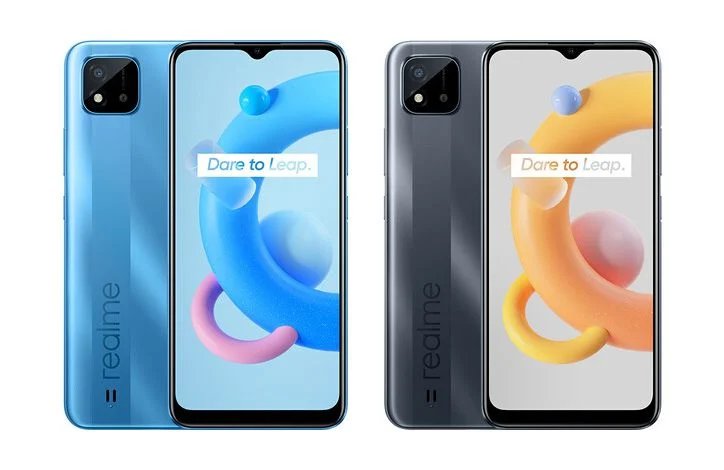 Realme is gearing up to launch a new smartphone in the C-series dubbed Realme C20. The phone was certified by the NBTC authority of Thailand last month and now, the key specifications and official renders of Realme C20 have also surfaced online.

As per the leak via Playfuldroid, Realme C20 will be powered by MediaTek Helio G35 chipset coupled with 2 GB of RAM and 32 GB of internal storage which is said to be further expanded via microSD card. It will feature a 6.5-inch IPS LCD HD+ display with a resolution of 720 x 1600 pixels and a waterdrop notch.

Realme C20 will have a square-shaped rear camera with a single camera of 8-megapixel along with an LED flash. For the front, there is a 5-megapixel selfie camera. The phone runs on Android 10 OS.

For the battery, Realme C20 packs a 5,000mAh battery and it supports 10W charging. According to the report, the Realme C20 will be available in blue and black colour options and the smartphone is expected to be launched at a price point of VBD 2,690,000 (approx Rs 8,552 or USD 117).

Realme has already released a few C-series smartphones such as the Realme C11, Realme C12, Realme C15. Meanwhile,Realme C12 has now been launched in India with 4GB of RAM.

The smartphone now comes in a 4GB + 64GB variant whereas earlier, the device was available only in a single variant, which was 3GB + 32GB.

The new variant with 4GB of RAM will be available for purchase starting January 19th, from 12:00 A.M. on realme.com, Flipkart, and from January 20th in mainline stores and will retail for Rs 9,999.