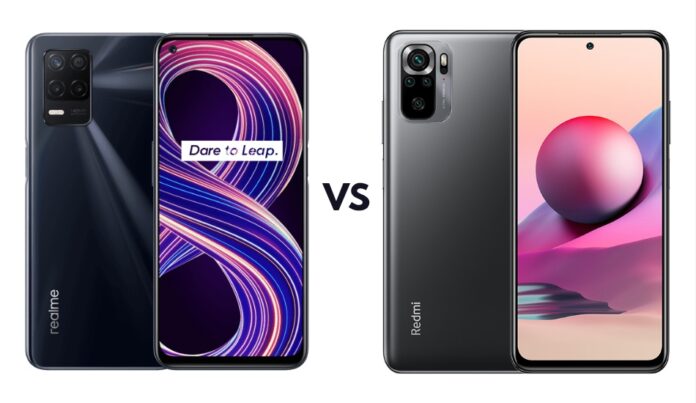 The Realme 8 5G and the Xiaomi Redmi Note 10S compete with each other in the budget space but does one of them has a better overall value? Let's find out

Realme launched the Realme 8 5G in India a couple of months ago and launched a new variant a while back. But the budget segment seems incomplete if we don’t talk about Xiaomi, and that’s where the brand steps in with the Redmi Note 10S.

So let’s put them against each other in a spec comparison to see which one is a better pick over the other. 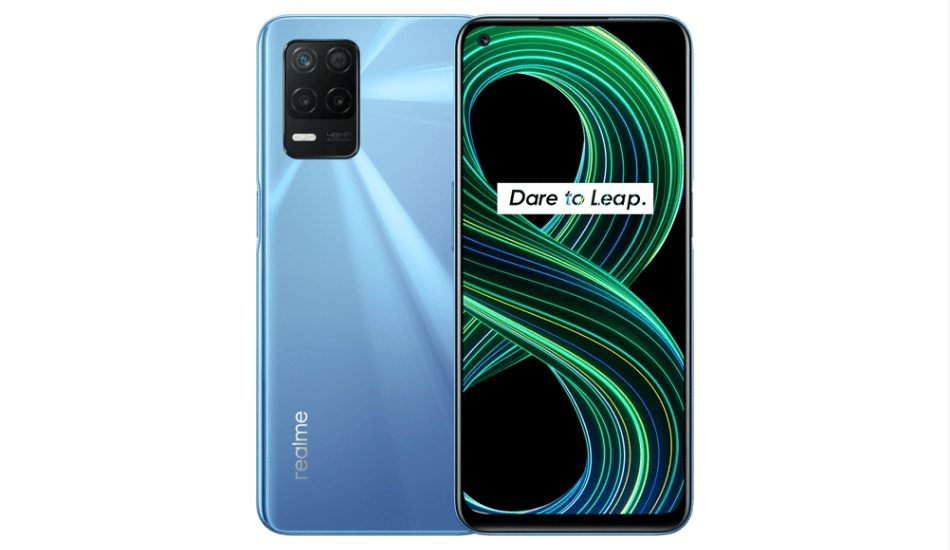 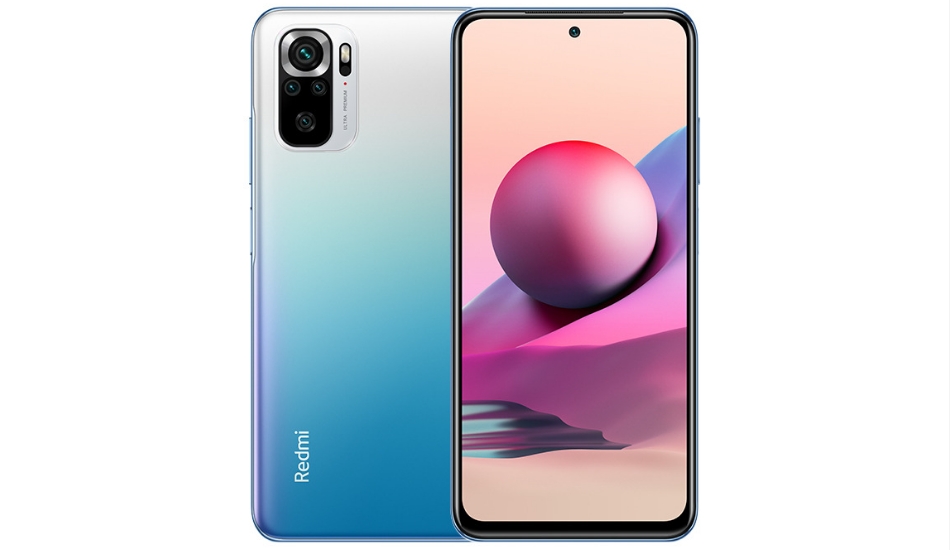 Considering brightness and colours are the priority for a user, the Redmi Note 10S is a better pick as it comes with an AMOLED display which will output better and punchier colours than an IPS LCD display found on the Realme 8 5G and will also be considerably brighter. However, if the refresh rate is a priority for the user, the Realme 8 5G would win here with a 90Hz refresh rate compared to 60Hz on Note 10S.

In our opinion, an AMOLED display will provide a better end-consumer experience and will prove to be successful in more scenarios than a 90Hz refresh rate. So we would give this round to the Redmi Note 10S once again.

The Redmi Note 10S is powered by the MediaTek Helio G95 SoC paired with Mali-G76 3EEMC4 GPU. The smartphone comes with up to 6GB of RAM and up to 128GB storage which is expandable up to 512GB via MicroSD card. The phone runs on MIUI 12.5 based on Android 11.

The Dimensity 700 can be considered a very slight upgrade over the MediaTek Helio G95 chip. Performance-wise, both the phones won’t disappoint you, and gaming should also be similar on both of them. But the Realme 8 5G gets the edge here with more RAM. Apart from that, the software can be a deciding factor here as MIUI is a more heavily skinned version of Android. At the same time, Realme UI is more cleaner comparatively, in our opinion. So in this segment, we would say the Realme 8 5G bounces back and gets the point.

For the optics, the Redmi Note 10S sports a quad-camera setup with a 64-megapixel primary sensor. The phone may come with an 8-megapixel ultra-wide camera, a 2-megapixel macro sensor, and a 2-megapixel depth sensor. On the front, it features a 13-megapixel selfie shooter housed in a punch-hole.

Here, we would say the Redmi Note 10S is a clear winner with an extra wide-angle sensor with more useful scenarios than monochrome or a macro lens. The camera setup on the Realme 8 5G isn’t as useful as it is on the Redmi Note 10S. Apart from that, we would have to check the real-life samples for declaring a winner regarding which of them takes better pictures. But in terms of on-paper specs, the Redmi Note 10S has once again scored a point.

A 5,000mAh battery backs the Redmi Note 10S with support for 33W fast charging. It has a side fingerprint sensor.  You also get a dual stereo speaker setup, 3.5mm headphone jack, and an IR Blaster. The Redmi Note 10S only has 4G LTE connectivity.

The Realme 8 5G is backed by a 5000mAh battery but comes with a slower 18W quick charge support. The device also has a side-mounted fingerprint scanner, single bottom-firing speaker, and a 3.5mm headphone jack. The Realme 8 5G comes with 5G support.

The Redmi Note 10S again wins with faster-charging speeds, dual speakers, and an IR blaster missing on the Realme 8 5G.

Apart from Software and a slightly better processor on the Realme 8 5G, we can say that the Redmi Note 10S does seem to be a better overall package that provides a decent value for the price. The Realme 8 doesn’t seem like a bad phone but is just missing out on the value which the Note 10S provides. However, if software, 90Hz display and 5G connectivity matter the most to you, the Realme 8 5G is a decent pick as well.