Poco F4 5G seems like a great device but everything has alternatives which offer a better value for some people. 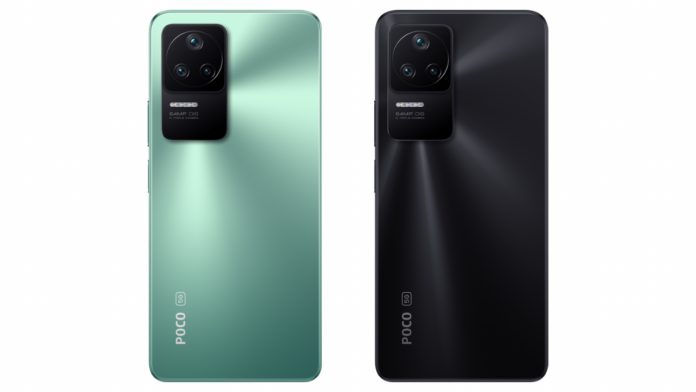 Poco F4 5G debuted in India a few days back and the company has projected it as an all-rounder in the mid-budget segment. In case, Poco is not your preferred brand and you are looking at alternatives in the same price range you do have some amazing options from iQOO, Realme, or its own parent brand Xiaomi. So let’s have a look at the top 5 alternatives for the Poco F4 5G.

iQOO Neo 6 obviously has to be one of the top alternatives for Poco F4 5G, not because the smartphones share the same processor, but because the iQOO Neo 6 offers a better value for money for its slightly higher price tag, as we explained the same in our comparison of IQoo Neo 6 vs Poco F4.

The Neo 6 price in India is Rs 29,999 for the 8GB + 128GB model base. The high-end 8GB + 256GB model is priced at Rs 33,999. The phone will be sold exclusively on Amazon India and iQOO’s official website. It will be available in Dark Nova and Cyber Range colour options.

The Neo 6 5G features a 6.62-inch AMOLED display with a refresh rate of 120Hz and a 360Hz touch sampling rate. Further, there is a peak brightness of 1300 nits and a 91.4% screen-to-body ratio. There’s an in-display fingerprint sensor for security.

It packs a Snapdragon 870 SoC coupled with 8GB of LPDDR4x RAM and 128 GB of UFS 3.1 storage. iQOO Neo 6 comes with 4G Extended RAM, which can extend 8GB RAM to 12GB and 12GB RAM to 16GB, which means users can smoothly open and switch between multiple apps instantly. In addition, the smartphone is equipped with a liquid cooling vapour chamber for improved thermal management while gaming.

The Neo 6 packs a 4700mAh battery with support for 80W fast charging, which is said to charge the smartphone up to 50 percent in 12 minutes. Besides, it runs FunTouch OS 12 based on Android 12. Connectivity options include 5G, Wi-Fi 6, Bluetooth 5.2, NFC, GPS and a USB-C port for charging.

While this Realme smartphone may not be able to provide you with the same gaming experience as the Poco F4 5G because of its slower processor, it is still enough for smooth daily usage and is one of the decent alternatives for the Poco F4 5G. Moreover, you also get 256GB of storage for Rs 1,000 higher than the base model of Poco F4 5G which has 128GB storage.

Xiaomi 11i HyperCharge features a 6.67-inch AMOLED display with 1,080 x 2,400 pixels resolution and a 120Hz refresh rate. Further, there is a 360Hz touch sampling rate, 1200 nits of brightness, Gorilla Glass 5 protection and a punch hole at the front. It is powered by an octa-core MediaTek Dimensity 920 SoC. The chipset will be paired with up to 8GB of LPDDR4x RAM and up to 128GB of UFS 2.2 storage.

At the rear, the Xiaomi 11i HyperCharge comes with a triple-camera setup. This setup includes a 108-megapixel primary sensor. In addition, there will be an 8-megapixel ultrawide cam with 120-degree FoV (Field of view) and a 2-megapixel macro camera. The front-facing camera has a 16-megapixel sensor.

Xiaomi 11i HyperCharge packs a 4,500mAh battery with 120W fast charging support. It runs on MIUI 12.5 Enhanced based on Android 11. Xiaomi says that it will receive MIUI 13 update in the future.

Samsung Galaxy M53 5G packs the MediaTek Dimensity 900 SoC which is paired with the Mali-G68 MC4 GPU. It has 6GB LPDDR4x RAM and 128GB internal storage. The storage is expandable up to 1TB via microSD card.

As for software, the handset runs Android 12 with Samsung One UI 4.1. There’s also a 5,000mAh battery with support for 25W fast charging. It includes a side mounted fingerprint scanner for security. Additionally, the phone also has face recognition as well.