Oppo A7X features an identical design with a diamond-like finish at the rear as the recently launched Oppo F9.

Oppo recently launching Oppo F9 Pro and F9 in India with waterdrop-like display notch. Now seems the company is working on its next water-drop notch smartphone which is dubbed as the Oppo A7X. The smartphone’s specs and renders have now surfaced online revealing the design of the smartphone.

As per the renders which have been leaked by Slashleaks, they show the device with a nearly identical design with a diamond-like finish at the rear as the Oppo F9. The Oppo A7X will come with a 6.3-inch FHD+ display with 2,340 x 1,080 pixels screen resolution. It will be offering MediaTek Helio P60 processor which will be coupled with 4GB RAM and 128GB of storage with an option to expand via a microSD card. It will also come with a rear-mounted fingerprint scanner and face unlock functionality. 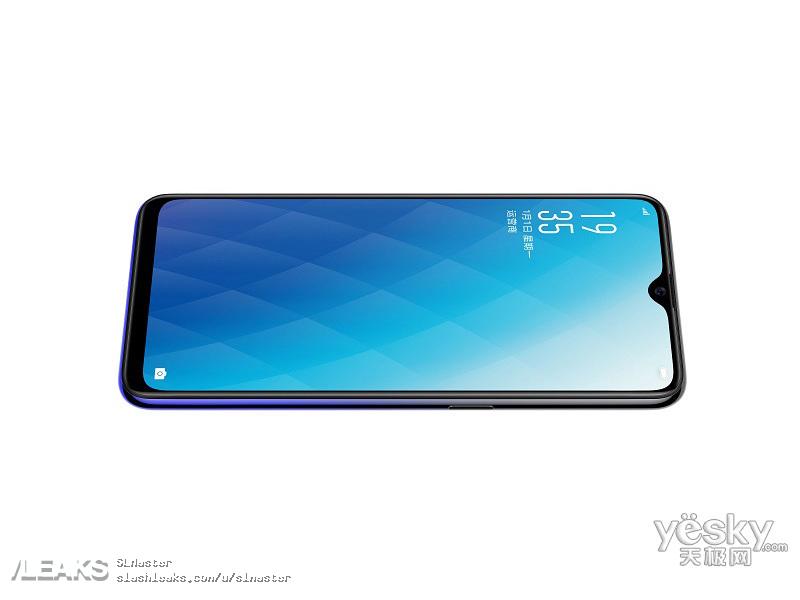 The Oppo A7X will come with a dual rear cameras of 16-megapixel and 2-megapixel. For the front, the phone is said to come with a 16-megapixel camera. For the software, the A7X will run ColorOS based on Android 8.1 Oreo out of the box. The leak further suggests that the smartphone will sport a 4,230mAh battery. It will have 156.7 x 74 x 7.99 mm dimensions and 169 grams weight.

Along with the specs, the price of Oppo A37 has also been leaked, as per which the device will be priced at 2,099 Yuan which is approx. Rs 22,000. It is said to be launched on September 20 and will be offered in two colours – Purple Gradient and Purple Black.