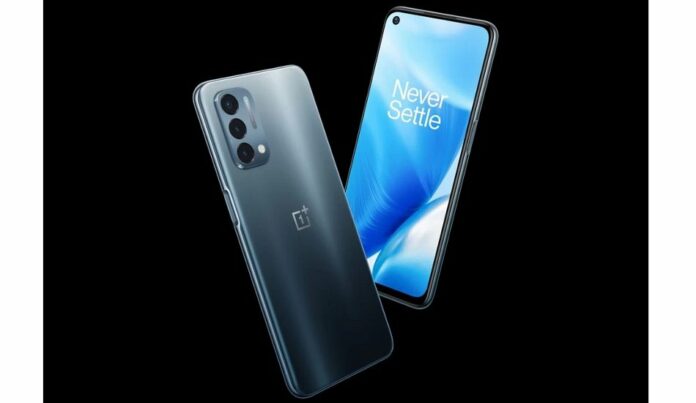 OnePlus Nord N200 5G will be powered by Snapdragon 480 chipset coupled with 4 GB of RAM.

OnePlus is expected to soon launch Nord N200 5G smartphone. Now ahead of the launch, OnePlus Nord N200 5G new renders have leaked online. In addition, the handset has also appeared on the Geekbench benchmarking site.

As per the renders leaked by tipster Sudhanshu Ambhore, OnePlus Nord N200 5G will feature a hole-punch camera in the top left on the front. At the back, there will be a rectangle-shaped camera module. The phone will sport a side-facing fingerprint scanner that will double as the power button.

The Geekbench listing comes with OnePlus DE2117 model number. It reveals that the phone will be powered by Snapdragon 480 chipset coupled with 4 GB of RAM. The chipset is listed with a “Holi” codename. It will run Android 11 OS. The phone scored 511 in the single-core test and 1615 in its multi-core test.

OnePlus Nord N200 5G will have a 5000 mAh battery with 18W fast charging support and it will run Android 11-based Oxygen OS 11 out of the box. It will pack a Snapdragon 480 SoC for 5G network support with 4 GB LPDDR4x RAM. It will have 64 GB of UFS 2.1 storage and a dedicated microSD card slot for expansion.