OnePlus 8 Pro will be equipped with Qualcomm’s flagship SoC, the Snapdragon 865.

Chinese smartphone maker, OnePlus is currently working on OnePlus 8, OnePlus 8 Pro, and OnePlus 8 Lite. All the smartphones are said to launch in the second quarter of this year. Now screen protectors designed for the OnePlus 8 Pro smartphone are making on the web.

Two screen protectors have been leaked by GizmoChina. The first one shows a cutout at the top-left corner revealing punch-hole display design of the smartphone while the second one has no cutout. Rather, it has a curved edge to edge screen protector. 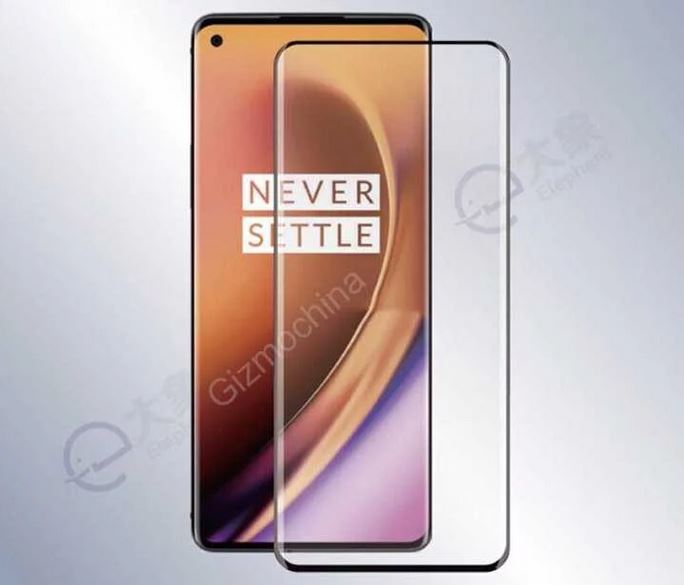 OnePlus 8 Pro was recently spotted on Geekbench revealing its key specs. As per the listing, the OnePlus 8 Pro will be powered by Qualcomm’s flagship SoC, the Snapdragon 865. The phone will have 12GB of RAM and come with Android 10 out of the box.

As per reports, OnePlus 8 Pro will be equipped with a 6.65-inch OLED display. The phone has been reported to have a 120Hz refresh rate. The rear panel will feature a vertically aligned quad-camera setup with LED flash with a 64-megapixel Sony IMX686 main lens, a 20-megapixel ultrawide lens, a 12-megapixel telephoto lens with 5x optical zoom support and a 3D ToF sensor.

The phone will reportedly feature a 32-megapixel front camera. OnePlus 8 Pro will sport dual-mode 5G connectivity. It will support a range of 5G frequency bands including n1, n41, n78, and n79.