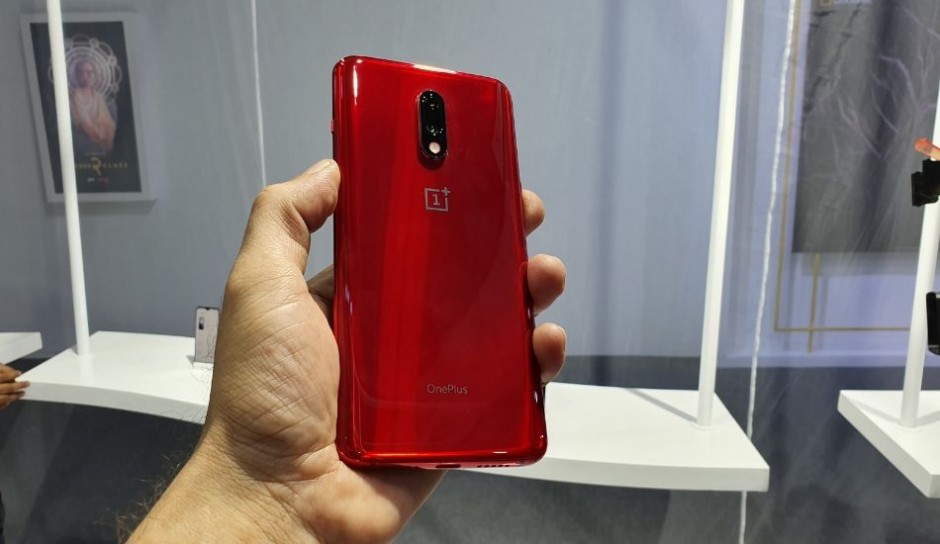 OnePlus 7 gets the April 2019 Android Security Patch with this update.

OnePlus 7 was launched in India along with OnePlus 7 Pro last month. The phone went on sale for the first time yesterday in India. Now the phone has received its first software update.

The new update brings the version number of OxygenOS to Oxygen OS 9.5.4.GM57AA and it is 223MB in size. The update brings in DC Dimming which enables the phone’s screen to not flicker at low brightness settings.

The DC Dimming feature uses DC voltage to control the light output of the LED. Currently, smartphones use Pulse Width Modulation which causes the screen to flicker at low brightness levels. Although the DC Dimming feature is currently in Beta, you can turn it on by going to Settings > Utilities > OnePlus Laboratory > DC Dimming.

Additionally, the update also brings the Fnatic Mode as well as some optimizations for the fingerprint unlock and the camera performance of the smartphone. The Fnatic Mode boosts gaming performance on the device. Apart from this, there are also general bug fixes and improvements. OnePlus 7 gets the April 2019 Android Security Patch with this update.

One can also manually check for the update by going to Settings ->About Phone -> Software Update.

In terms of optics, the phone is backed by a dual-camera setup with a combination of 48-megapixel primary lens and a 5-megapixel secondary shooter. For selfies, it is equipped with a 16-megapixel shooter. The phone is backed by a 3500mAh battery with fast charging and it runs on Android 9.0 Pie. The device is powered by the latest Qualcomm Snapdragon 855 processor along with Adreno 640 GPU. It measures 157.7 x 74.8 x 8.2mm and weight is 182 grams.