Nokia has unveiled three new smartphones under C series including the Nokia C21, Nokia C21 Plus and the Nokia C2 2nd Edition. 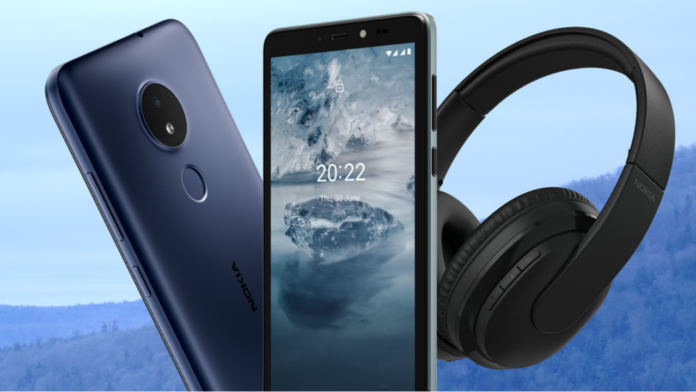 The Nokia C2 2nd Edition features a 5.7-inch FWVGA display. It is powered by a quad-core MediaTek SoC that is equipped with four cores of Cortex-A53 at 1.5GHz, along with 1GB or 2GB RAM. There’s 32GB of storage with MicroSD card expandsion support upto 256GB.

The Nokia C2 2nd Edition comes with a 5-megapixel rear camera that has a fixed focus lens and an LED Flash. For selfies and video chats, it has a 2-megapixel selfie camera sensor at the front, with an LED flash. Connectivity options include 4G LTE, Wi-Fi 802.11 b/g/n, Bluetooth v5, GPS/ A-GPS, wireless FM radio, Micro-USB (with OTG), and a 3.5mm headphone jack. The Nokia C2 2nd Edition is backed by a 2,400mAh removable battery.

The Nokia Wireless Headphones pack 40mm drivers and a soft cushion design. They support hands-free calling using a built-in microphone and include support for voice assistants Alexa, Siri, and Google Assistant. Further, you get buttons on the headphones to control music playback. The headphones come with Bluetooth v5.2 connectivity and feature an 800mAh battery that is claimed to deliver up to 60 hours of play time on a single charge. It can be charged via USB-C.